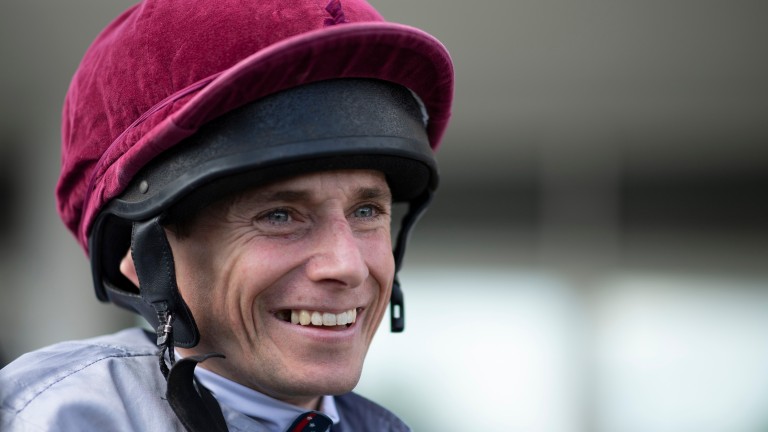 James Doyle picked up from where he left off as he followed a treble at Thirsk on Saturday with another productive day on a scorching afternoon at the East Midlands track.

Doyle kickstarted a good day’s work by guiding the Ed Walker-trained odds-on favourite Cotai Hero to a comfortable success in the 7f seller. The winner was sold to Christian Leech for £10,000 at the auction.

Doyle was back in the winner's enclosure after victory on the Simon and Ed Crisford-trained Roulston Scar in the feature 5f conditions stakes to make it five winners in two days.

Ed Crisford said: "We’re very pleased with him. Obviously he’s had the summer off but it was a nice performance in a conditions race. It was an encouraging first run back after a long layoff as he’d probably prefer six furlongs."

Ryan Moore went one better than Doyle as he rode a quickfire treble which included two promising two-year-olds getting off the mark for Sir Michael Stoute.

The Juddmonte-owned Invigilate made it third time lucky in the 7f fillies’ novice stakes, while New Dimension made an eyecatching winning debut, staying on late to land the colts and geldings' equivalent.

Moore sealed a hat-trick in just over an hour aboard the Charlie-Hills trained Saratoga Gold in the 1m4f handicap.

Moore now has an impressive record of four winners from eight rides at the track this year and was denied a perfect four-timer when Ibiza Rocks failed to fire in the 7f handicap, won by the Mark Johnston-trained Bowman and Ben Curtis.

FIRST PUBLISHED 6:00PM, SEP 7 2021
It was an encouraging first run back after a long layoff as he’d probably prefer six furlongs

Aidan O'Brien equals Vertem Futurity record with 'very exciting' Luxembourg 'He looks the one to beat' - Appleby hopes Noble Truth can claim juvenile prize One trainer, one jockey, one horse and one race to watch on Saturday William Buick cuts Oisin Murphy's title race lead to four with Leicester treble Joy for Jardine on his journey to the sales as he fires in 241-1 treble 'A 2,000 Guineas horse for sure' - no catching Coroebus in Autumn Stakes romp