Progressive Masen a 'proper horse in the making' after Knockaire success 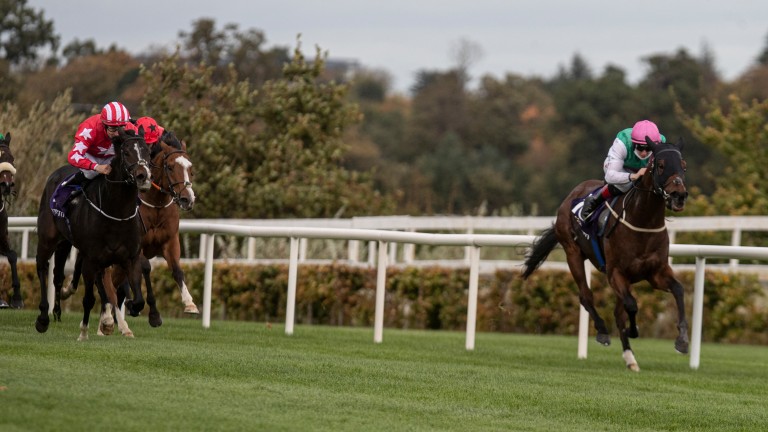 Masen runs out an impressive winner of the Knockaire Stakes at Leopardstown
Patrick McCann
1 of 1
By Justin O'Hanlon UPDATED 8:58AM, OCT 25 2021

The progression of the Juddmonte-owned Masen has the Lyons brothers excited about next year following his high-quality performance to land the Listed Knockaire Stakes.

The 2-1 favourite made all and showed an impressive turn of foot to shoot clear of his rivals early in the straight and was not for catching as he beat Njord by two and a quarter lengths.

The fact Njord was not beaten far by Baaeed and Palace Pier in last weekend's Group 1 Queen Elizabeth II Stakes gives an idea of the upwards direction Masen is heading as he made it a third career triumph from six starts.

Ger Lyons brother and assistant Shane said: "He's still a work in progress and we're really looking forward to him having a nice winter where he can mature mentally. If he winters well, and there's no reason why he shouldn't, we think he'll be a very good horse.

"We think the world of him. Every race that he's run, he's shown a bit of class and he's improved with every race. We're really looking forward to next year and he's a proper horse in the making."

Impressive Duke back on track

A flat effort in last month's National Stakes dented the reputation of the Newtown Anner Stud-owned colt Duke De Sessa, but he left nobody in doubt as to his quality as he won the Group 3 Eyrefield Stakes in style.

Held up at the back of the field, the son of Lope De Vega produced a burst of speed inside the final furlong to get up close home for a half-length victory over Piz Badile.

"He's a lovely colt for next year, he's still immature," said trainer Dermot Weld. "There's lots to look forward to. Hopefully he can come back early next season for a Guineas trial and I see him as a horse for next year's Irish 2,000 Guineas. 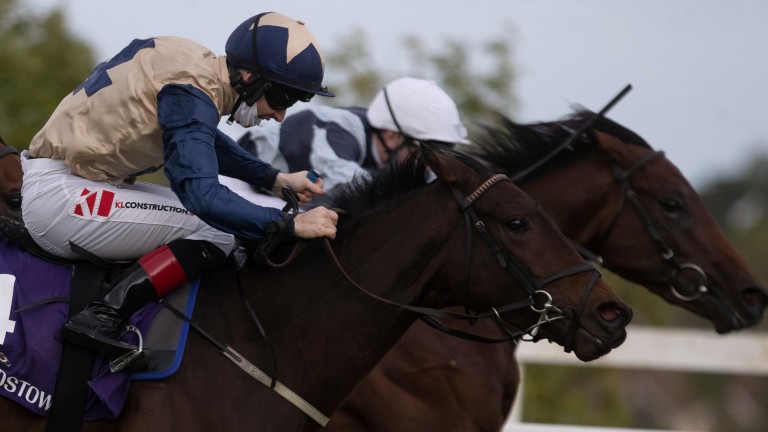 "He has a real burst of speed, which he showed when he won his maiden at the Curragh, and stamina too. The National Stakes might just have been a bit too soon for him. He got struck into that day too, but we probably put him into a Group 1 a little quickly."

He added: "Colin [Keane] looked after him that day and the horse learned a lot. He has a wonderful turn of pace and we can look forward to next year. He relaxed beautifully today and seeing is believing. You can see there what sort of pace he has."

Duke De Sessa's win was the third leg of a treble for Keane, who won the 7f nursery on Nectaris for Jessica Harrington earlier on the card alongside Masen's Knockaire Stakes success.