From Thurles to Classic fame: it's easy for Peaceful in Irish 1,000 Guineas 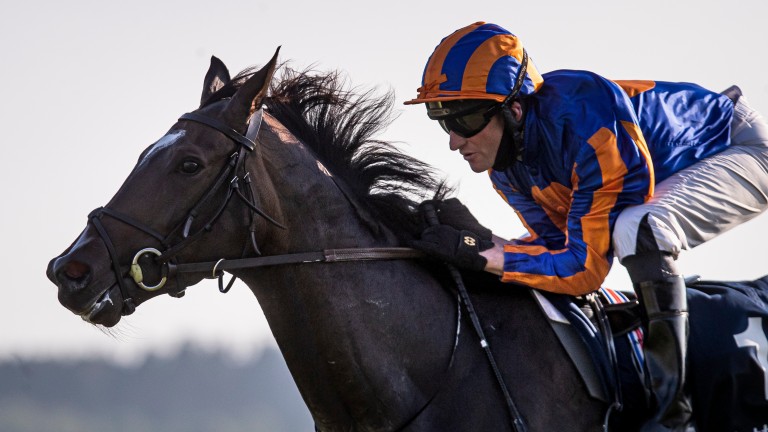 Poetry in motion: Seamie Heffernan and Peaceful glide to Tattersalls Irish 1,000 Guineas victory at the Curragh
Patrick McCann
1 of 1
By David Jennings UPDATED 10:28AM, JUN 14 2020

With the Curragh at its most tranquil, Peaceful led home a 1-2-3-4 for the O'Brien family as Aidan won his ninth Irish 1,000 Guineas by beating Fancy Blue, son Donnacha's first runner in a Classic.

Seamie Heffernan kept it simple. The most able of deputies was on a thorough stayer for whom the Oaks has been in mind for some time, so she was not going to stop. Stop she didn't, and in pulling two lengths clear of Fancy Blue, with stablemate So Wonderful in third and the Joseph O'Brien-trained New York Girl in fourth, she propelled her super sire Galileo to the top of the Group 1 table.

It was Galileo's 85th time to sire a winner at the top level, edging him past Danehill.

Thurles would not usually be a place you would associate with Classic winners, although Melbourne Cup hero Vintage Crop did make a winning debut there, but it was at the home of mud-splattered jump racing where Peaceful announced herself as a potential star when she won her maiden there by seven lengths last October.

This dominant display from the front confirmed the suspicion that she would be even better at three and she was slashed into 5-1 from 16-1 for the Investec Oaks at Epsom by Ladbrokes, with stablemate Love remaining the 6-4 favourite.

Indeed, O'Brien was not entirely ruling out the chances of her turning out again at Royal Ascot next Saturday for the Coronation Stakes.

The winning trainer said: "Donnacha loved Peaceful when he won on her in Thurles last year. When she went to Newmarket afterwards she couldn't walk a yard in the heavy ground, but she still kept fighting and wasn't beaten all that far at the line. That's the sign of a really good filly. She just wouldn't lie down. We knew then that she was obviously very good.

"She loved the ground out there and skipped along. She is very uncomplicated, and we always thought she'd stay a lot further than a mile." 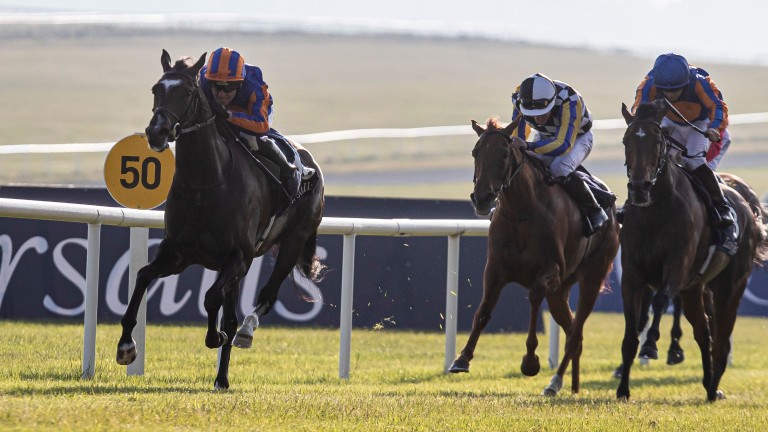 On future targets, O'Brien added: "If she came out of this well, you'd have to look at the Coronation, especially if the ground was nice there. We thought some of these fillies could back up in it. The ground is on the slow side in Ascot at the moment.

Donnacha O’Brien, at the age of just 21, is already looking forward to a potential rematch with Peaceful in the Oaks at Epsom and you can certainly understand why, given the way Fancy Blue grabbed the ground in the closing stages. She was never any closer than at the line.

Donnacha said: "You’d have to be delighted with that. The way she stayed on would make you think that the Oaks would be the right race for her."

So Wonderful was third, thus extending her winless run to nine but she remains one of the most talented maidens in training.

The big disappointment of the race was the hot favourite, Albigna.

The Prix Marcel Boussac winner was supposed to supply Jessica Harrington with her second Irish 1,000 Guineas winner, two years after Alpha Centauri provided her with her first, but the best she could do was sixth.

Explaining the below-par effort, Harrington’s daughter Kate said: "Shane [Foley] felt she just didn’t handle the quick ground. He said she got away with it at Santa Anita, but she couldn’t get away with it twice." 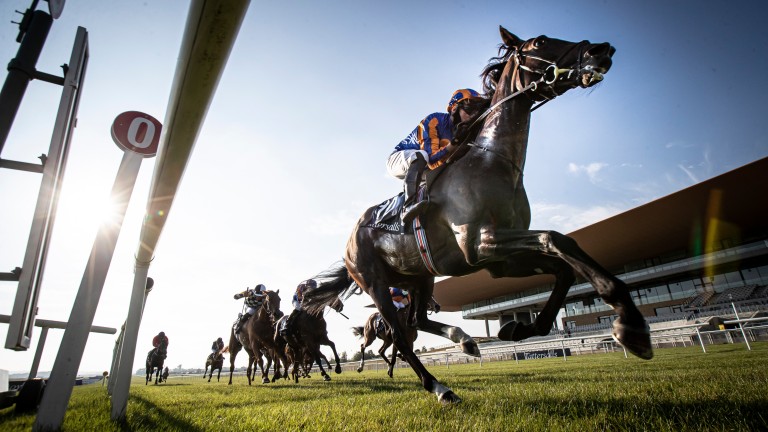 Royal Ascot could be next for Peaceful, despite the quick turn around
Patrick McCann

It turned out to be a Peaceful occasion. A smooth, straightforward success for a filly you sense is only going to get better and better this season with Heffernan stressing "she could be anything".

Whether is it Ascot or Epsom she appears next, she is certainly not going to have much downtime after her Classic-winning exploits.

O’Brien added: "It's rapid the way things are happening this season and it's very hard to make plans because it's changing all the time. You don't get much time to think but it's just great to be racing."

It is indeed, Aidan. Especially when you have fillies as talented as Peaceful.

Click here to watch the replay of the Tattersalls Irish 1,000 Guineas

FIRST PUBLISHED 7:23PM, JUN 13 2020
If she came out of this well, you'd have to look at the Coronation, especially if the ground was nice there

'The IHRB was not fit for purpose on the day' - Twomey fumes as appeal lodged O'Brien eyes Irish Champion for Luxembourg - and Tuesday in frame for Oaks bid Ballydoyle no-show in Coral-Eclipse as O'Brien plots US raid with Stone Age 'Gosdens are the world's best, they'll get Emily Upjohn rider right' - owner 'My owner won't be impressed' - Twomey to appeal against Rosscarbery DQ 'I couldn't see her being beaten' - Twomey celebrates first Group 1 with Coco