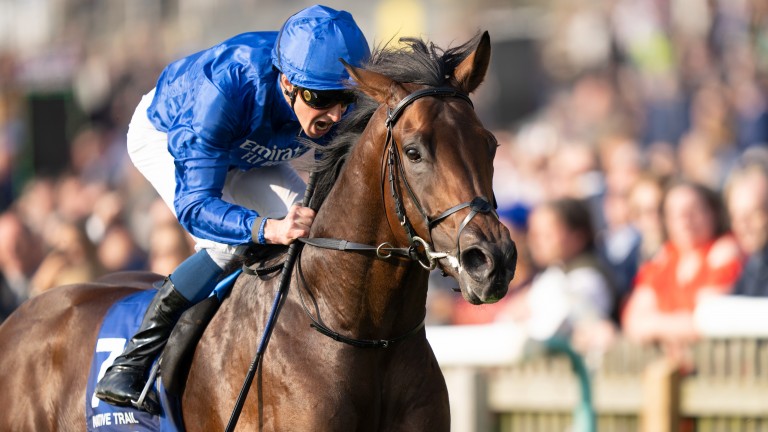 'He should love a mile next year'

It promises to be a winter of content for Charlie Appleby and Godolphin, as they can bask in having a pair of genuine Classic contenders in the yard.

Of the duo, I think Native Trail is the 2,000 Guineas horse, while the temptation would be to stretch Coroebus out to 1m4f for the Derby.

More immediately, I was impressed by Native Trail. He's running over an inadequate trip given how he has kept finishing off races over 7f, and he should love a mile next year.

Coroebus also won well, but I did have a sneaking suspicion the runner-up Imperial Fighter could have got closer if the pair hadn't been on opposite sides of the track for much of the Autumn Stakes.
David Baxter, Juvenile judge

'He'd be the one for me at this stage'

I wasn't instantly ready to jump aboard the Coroebus bus after his slightly bizarre defeat in the Royal Lodge and, although he clearly possesses a high cruising speed and an electric turn of foot, the form through Imperial Fighter suggests he's not had to improve to win the Autumn Stakes.

Native Trail didn't quite drive the nail in as deeply in the Dewhurst as he did in the National Stakes but the form of his two Group 1s is some way clear of what Coroebus has achieved and he'd be the one for me at this stage.

One word of caution. The way Native Trail finishes off his races promises that there might be more to come stepped up in trip. But he's by Oasis Dream out of an unraced sister to Sprint Cup winner African Rose and Prix Marcel Boussac runner-up Helleborine, herself the dam of Calyx. In short, speed will be his strong suit and I see Native Trail as a bang miler.
Scott Burton, France correspondent

'Don't be fooled into thinking he's more a Derby type'

We saw two very different types of performances, but each was highly impressive in its own way.

Despite being more physically advanced than many colts his age, Native Trail probably still has some learning to do. When everything clicks with him he could be even better than we're seeing now, and is obviously an exciting prospect.

He's generally never more impressive than at the line, but don't be fooled into thinking he's more a Derby type than Guineas candidate. He's in no way short of speed.

Coroebus hasn't achieved as much as his stablemate yet, but clearly has immense potential and ensures Charlie Appleby has a brilliant hand for the early Classics next season.
Mark Boylan, reporter

FIRST PUBLISHED 4:45PM, OCT 9 2021
Charlie Appleby has a brilliant hand for the early Classics next season

Leicester goes ahead after second inspection as frost forces Carlisle off Defying Storm Arwen: 'We had head-torches and got the rest of them all fed' 'I've been doing it long enough' - Gary Moore reaches 1,000 winners over jumps International group calls for cut in red tape as thoroughbred movements halve 'How can you be wrong?' - Nicky Henderson hits back at Shishkin critics Get half-price access to Racing Post Members' Club for a whole year