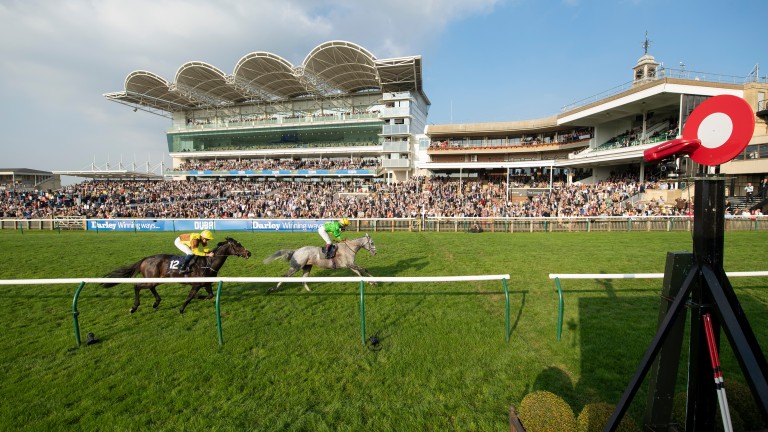 Buzz gets the better of Burning Victory to land the Cesarewitch
Edward Whitaker
1 of 1
By David Milnes UPDATED 7:06PM, OCT 9 2021

Oisin Murphy said it was "nice to get some confidence back" following a tumultuous 24 hours after he steered the high-class hurdler Buzz to victory on his first outing on the Flat for two years in the marathon handicap.

The 8-1 chance was among the usual array of jumping types who dominated the market for the second leg of the autumn double and he ran out a ready winner to give trainer Nicky Henderson a third triumph in the race.

Unlike most years when the front-runners go off too fast, not many got into the race off a pace set by outsiders Supakalanistic and Speedo Boy and runner-up Burning Victory looked set to collect when striking for home three furlongs out under William Buick.

Members can watch the Cesarewitch replay

One of six runners for Willie Mullins, Burning Victory soon had Buzz in his wing mirrors however and the grey went on to score by a length to give the champion jockey a first win in the race.

Murphy said: "It's nice to get some confidence back after yesterday and they'll be buzzing after this – excuse the pun. I think Nicky had planned this out from his last race over jumps last season. He was very good and he travelled throughout.

"The lad leading him up has been riding him out the last couple of years and we have lots of mutual friends. I hadn’t sat on him but we have been so busy with Andrew’s horses I haven’t had a chance, but he was top on the day.”

After receiving a reception akin to a Cheltenham winner, the champion jockey added: "I was booked for the ride about two months ago so it's nice that a plan has come off.

"I had a nice position throughout and followed the right horses. Although at one point I wasn't sure I was going to catch William, it's a long way home here and I knew my lad stays very well and I got to him in the Dip. Fair play to the team and it's great that part of the prize-money goes to the Royal Marsden Cancer Charity.” 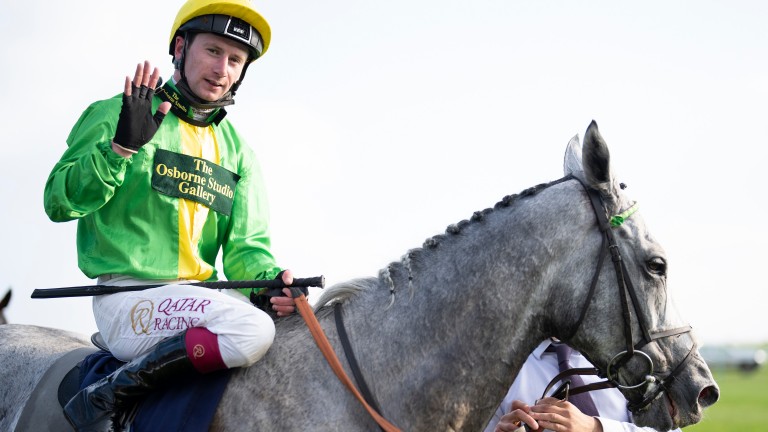 Joy and relief for Oisin Murphy after his Cesarewitch success on Buzz
Edward Whitaker (racingpost.com/photos)

Jess Staffford, speaking on behalf of winning owners Thurloe Thoroughbreds, said: "He was second in a Grade 1 hurdle so we thought he was a good thing on that form but we thought the ground drying out was against us. In the end he handled it fine and he's a serious animal.

"He's got to go into those Grade 1 races this jumps season, possibly starting in the Long Distance Hurdle at Newbury or there is another race at Wetherby he could go for.

“He's turned a corner this summer and doesn't get as fizzed up these days and his lad Reg has done a great job with him. All roads lead back from the Stayers' Hurdle at Cheltenham or the Aintree Hurdle as he's only seven and has a big future ahead of him."

Buick, rider of Burning Victory, said: "He's run a great race but the grey horse was always there and wasn't for stopping."

FIRST PUBLISHED 4:01PM, OCT 9 2021
It's nice to get some confidence back after yesterday and they'll be buzzing after this