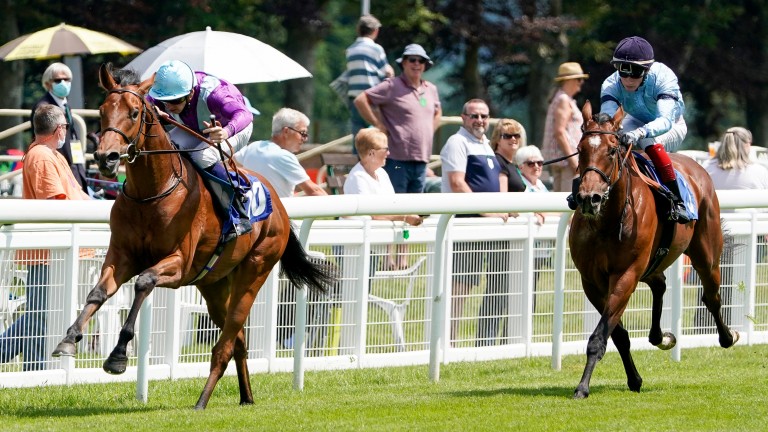 Seattle King: made a winning start to his career at Salisbury
Alan Crowhurst
1 of 1
By Charlie Huggins 6:23PM, JUN 23 2021

Salisbury chairman and owner-breeder Jeff Smith's fine week continued as he enjoyed a debutant winner at his home track courtesy of Seattle King in the 7f juvenile maiden.

Trained by Ralph Beckett and ridden by Hector Crouch, the Kingman colt pulled clear to win by one-and-a-half lengths despite showing signs of inexperience.

Smith was at the course to witness the victory on what has been an enjoyable week for his Littleton Stud after Alcohol Free’s Group 1 success in the Coronation Stakes at Royal Ascot.

Littleton general manager David Bowe said: “We're very pleased with that debut. We’ve always liked him from the off but he’s just taken a bit of time to come to hand.

“Even today he showed he was still very green, but once the penny dropped he did it well. Hector gave him a great ride.”

Reflecting on the success of Alcohol Free five days ago, Bowe said: “It’s wonderful to have a horse like her do the job with that pedigree. It’s very exciting indeed.”

Tom Marquand's victory on promising juvenile Dairerin kickstarted a productive afternoon for the jockey as he rode a 69-1 treble at the sundrenched Salisbury. 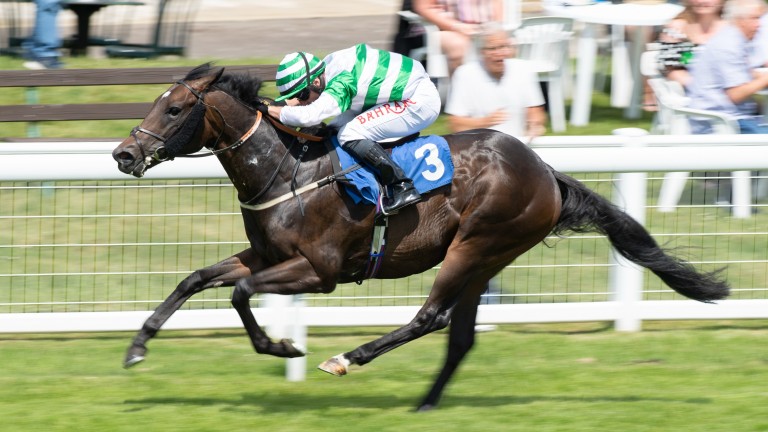 The Michael Bell-trained two-year-old backed up a promising fourth in the Woodcote Stakes at Epsom to win for the second time.

Marquand, third in the jockeys' championship behind Oisin Murphy and William Buick, then helped trainer William Haggas to a double as he scored on Johan in the mile handicap and Kolisi in the 1m2f maiden.

FIRST PUBLISHED 6:23PM, JUN 23 2021
We're very pleased with that debut. We’ve always liked him from the off. Once the penny dropped he did it well

'The ones we've got have plenty of ability' - Burrows upbeat despite numbers dip Prince Imperial keeps in-form trainer Hughes in the winning groove Rejoicing on the Roodee as crowds return to Chester after nearly two years Brilliant Baaeed strolls to fourth victory to leave Haggas aiming at the top Will Baaeed end the year as the best miler in Europe? Our experts have their say Oaks second Mystery Angel won't be hanging around on Deauville raid says Boughey