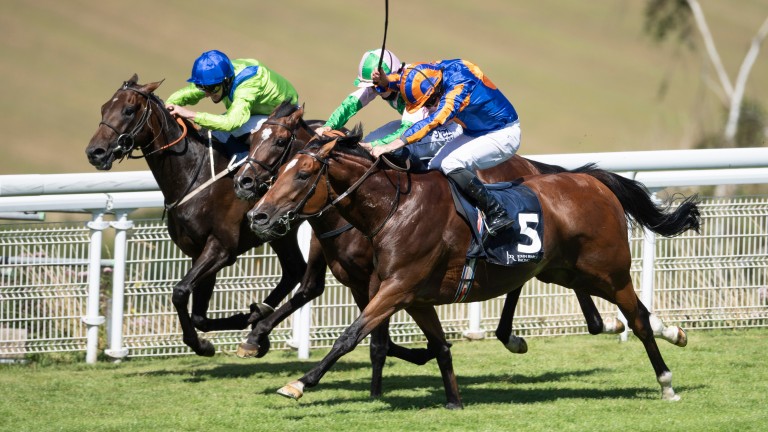 You can put faith in the form book, but sometimes it’s easier just to trust Aidan O’Brien.

The champion trainer has been saying all season that Mogul would come good on his third run. Which he did in winning the Gordon Stakes, confounding the cold evidence of his sixth-placed finish in the Derby.

Epsom second Khalifa Sat and fifth English King were behind Mogul this time as he stayed on powerfully under Ryan Moore to assert his authority in the final furlong.

There are questions to answer for English King, the short-priced favourite under Frankie Dettori who barely got involved. Mogul’s trajectory, however, is upwards and a clash with Derby winner and stablemate Serpentine in the Grand Prix De Paris, being run in September this year, is likely to be next, according to O’Brien. 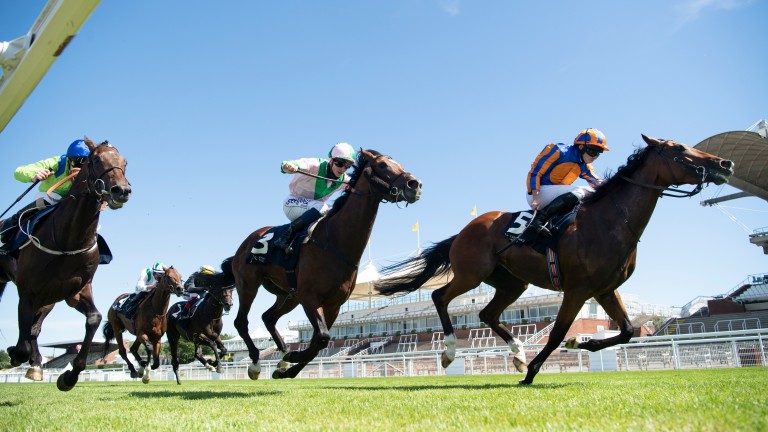 The champion trainer said: “We always thought that he was going to take two runs. We were hoping to get that into him before the Derby, but that was only his second run, and this was his third.

“We were delighted with him and we still think there’s more to come, and we’re thinking of going to the Grand Prix De Paris next with him.

“We always thought he was a lovely horse who would suit the Derby but we always felt it would take a couple of runs to get him there. He’s a big, strong, powerful horse with a lot of muscle and weight and it was always going to take races to tune him up.”

O’Brien, who has Irish Derby first and third Santiago and Dawn Patrol pointed at the St Leger, said: “We weren’t sure about Mogul for a mile-and-a-half but he toughed it out today.”

Moore said of the colt who cost 3.4 million gns as a yearling and is a brother to the high-class Japan: "He's still a bit babyish. He travelled nicely and I was happy with him in the last furlong and a half when he put his head down. I see him a mile-and-a-half horse.”

The one to show even greater improvement from the Derby was Highland Chief, tenth at Epsom but always prominent behind long-time leader Subjectivist.

Joint-trainer Paul Cole said of the runner-up: “We knew the horse was quite good. He’s fulfilled the promise we always thought he had.

“It looked a bit of a joke in the Derby but things didn’t go for him. We’ve put him in a Group 2 at Deauville and the Voltigeur is a possible plan.”

Bjorn Nielsen, owner of English King, said: "Frankie [Dettori] feels we should go for the St Leger but I think we need to watch the race again a few times.

"He was never travelling like he was at Lingfield. If he was a Derby winner or a really good mile and a half horse he should have been able to pick them up. I've won the St Leger once and finished second twice – don't tell me I need to do that drive to Doncaster again!"

FIRST PUBLISHED 2:53PM, JUL 30 2020
We still think there is more to come from him. We're thinking of going to the Grand Prix de Paris with him next maybe

Classic winner Tom Marquand goes for Gold seven days on from a 'surreal' success Mill Reef lowdown as Leicester tribute act aims to live up to their shock title Tom Marquand rights rare wrong as Arousing starts career in fine fashion 'Pat was an incredible man, irreplaceable' - Aidan O'Brien on racing's big loss Murphy returns from suspension with a double at Bath to bring up century Galileo and Danehill cross flourishes again through Mogul and Search For A Song