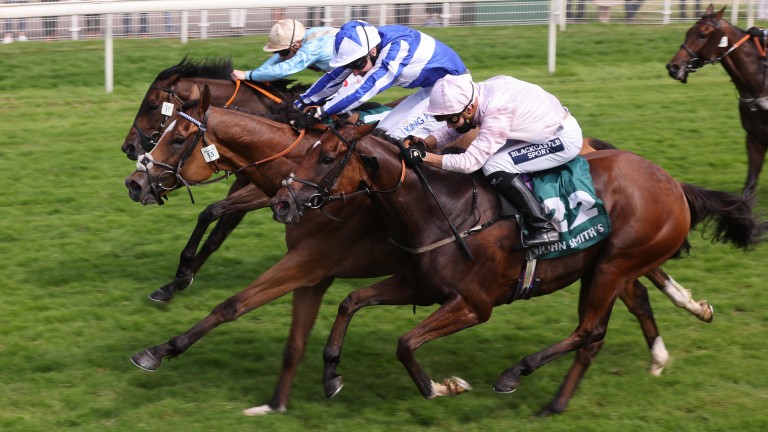 What a way to bring up your century. Josh Bryan landed the biggest prize of his career when winning the £125,000 John Smith's Cup on Johnny Drama.

It was a first win under rules at York for the jockey, who won a pony race here at the age of 15 for his uncle Peter Bowen.

And he showed he can get by without the claim he lost earlier this year, getting the best of a tight finish to triumph by head and a nose on the 22-1 shot for his boss Andrew Balding, who was winning the race for King Power Racing for the second time in three years.

"He's a gutsy horse," said Bryan, 21. "He can be a bit slow out of the gates, but he pinged the lids there and we got a lovely position.

"I got a lovely run up and I thought I had the leader on my right beat, the horse on my inside came late on and he only won because he tries so hard and he put his head down." 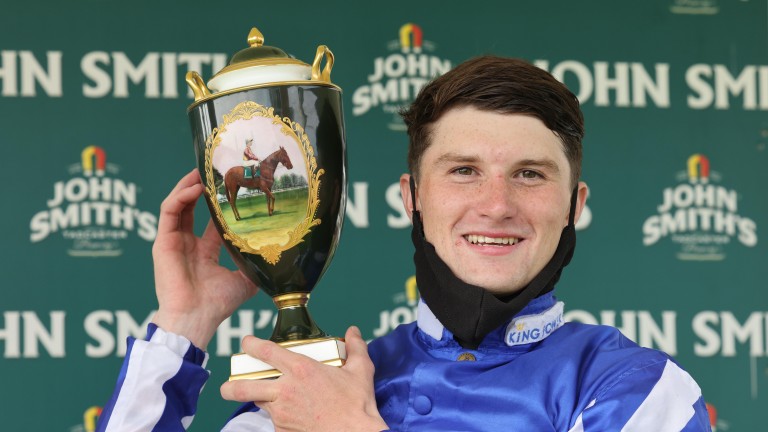 Josh Bryan celebrates after Johnny Drama gave him the 100th winner of his career in the John Smith's Cup
John Grossick (racingpost.com/photos)

Bryan rode out his claim in March and said: "This is amazing. I'll probably treat myself to a nice bit of steak and a bottle of champagne. I've got a day off so I've got all day to watch the football – it could be a double party!"

Fellow King Power runner Winter Power raced freely when taking the Listed City Walls Stakes for Tim Easterby and David Allan, but earned a crack at next month's Nunthorpe by staying on to good effect to beat Moss Gill by a length.

"She's a wonderful filly, but she's got to settle," her trainer said. "She was doing too much. She'll go for the Nunthorpe, but whether she goes to Goodwood first we aren't sure yet."

Two days after exciting younger brother Baaeed made it three from three with a Listed victory at Newmarket, Hukum landed his second Group 3 triumph in the 1m6f John Smith's Silver Cup.

"I'm chuffed to bits," trainer Owen Burrows said after last year's Geoffrey Freer Stakes winner, who finished third in the Hardwicke at Royal Ascot, had scored by a length and three-quarters under Jim Crowley. 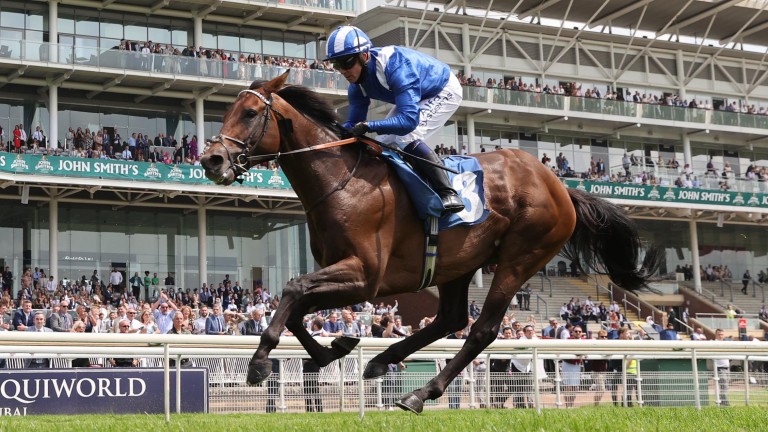 "He travelled well and did it nicely. He's such a consistent horse and it was a big run at Ascot. That form is working out well and it's great he's a Group 3 winner again.

"I'm not sure where we'll go now as we took him out of the King George. We thought he was probably going to be 4lb or 5lb off them, so we'll have to have a think."

Donald McCain may have won a Northumberland Plate and two Chester Cups, but he had not sent out a winner at York before Tim Leslie's Goobinator landed the 2m½f handicap under Paul Mulrennan.

"I do enjoy the staying horses, but this hadn't been a lucky place," the trainer said. "I remember Overturn losing the plot when he came here."

Goobinator, a three-time winner over hurdles, has switched codes this summer, and McCain said: "He looked like he was going the right way but he had a terrible fall at Musselburgh and lost his confidence. But the ability is still there and it's nice to get him back on track." 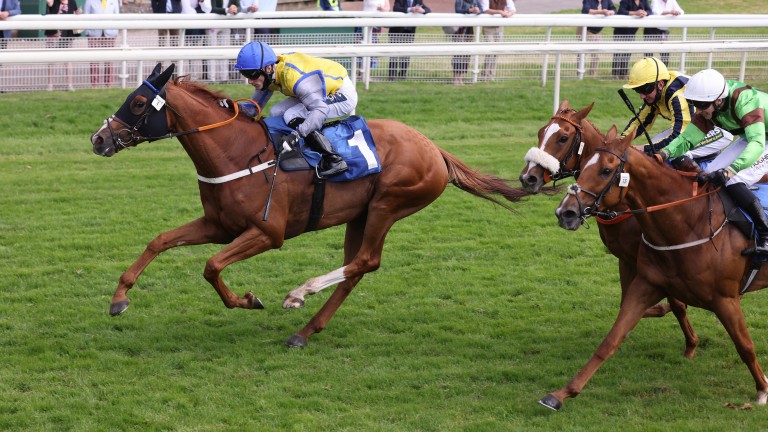 FIRST PUBLISHED 6:00PM, JUL 10 2021
This is amazing. I'll probably treat myself to a nice bit of steak and a bottle of champagne