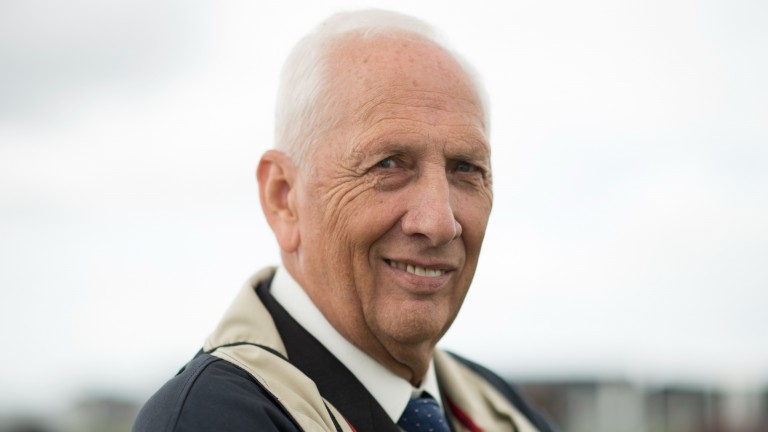 Malcolm Saunders admitted it had been a difficult season and the frustrations of racing behind closed doors had left him wanting to stay at home, but he was smiling once again at his local track on Wednesday as Ruby Cottage landed the opener.

That half-a-length success in a bunched finish was Saunders' second of the season from 51 Flat runners. She came from a midfield position to snatch victory in the final strides.

Saunders, who turned 74 in January, dismissed the idea of retirement and said: "Not at the moment, no. It's hard work from the travelling point of view but this is my local track and we really enjoy coming here. This was pleasing and it's what all the hard work is about.

"It's been frustrating going racing recently, you'd get different people stopping you with the various zones. They're quite aggressive too. It nearly got to the stage where I just didn't want to go." 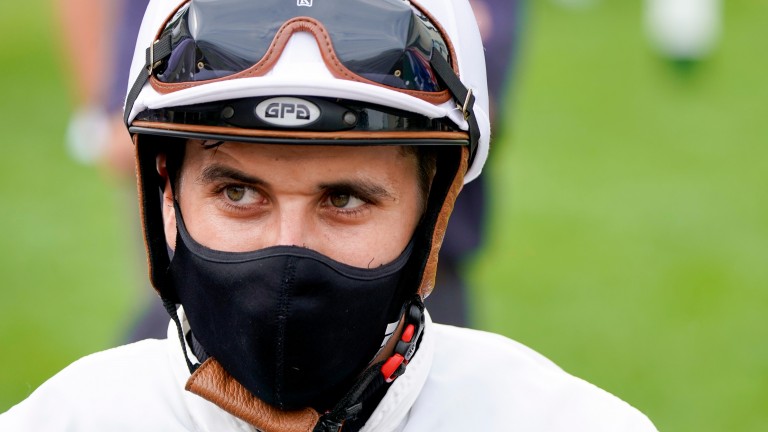 Ryan Tate: rode a 34-1 double in the first two races of the day
Getty Images

He added after first winner since April: "It's been a difficult season, I don't really know why. I've had a lot of seconds – which is always frustrating – but it's taken a bit of time to get going.

"We've got 11 [horses in training] but we'd probably usually have 16. We're not doing anything different, we tend to buy a horse and keep them all of their life."

Ruby Cottage is to return to Bath for her next race on July 30. A follow-up success would be an apt one considering Kaiser Chiefs – whose first UK number one was 'Ruby' – will perform after racing.

She was giving Ryan Tate the first leg in a 34-1 double as he then stepped in for the sidelined Mark Crehan to win the 5f nursery aboard Therehegoes.

Clarendon House blitzed the opposition in the 5½f handicap to emerge as another progressive Robert Cowell-trained sprinter.

He was officially 3lb well in, racing off 87 five days on from his close second at Newmarket. He made light work of his five rivals, making every yard for victory by four and a quarter lengths.

Charlie Bishop said of the winner: "I sat on him to the two [furlong pole] as there was an extra half-a-furlong and he only ran the other day. He's quickened really good when I asked him to and hit the line nicely. He's a very fast horse but he's got the ability to stay too."

Grace McEntee hailed the tenacity of Contingency Fee and described the six-year-old as one of her favourites after completing a four-timer in the 1m3½f handicap.

She said: "I've never ridden a horse like him, he gets headed but doesn't get disheartened and battles even more. He's so genuine, I wish they were all like him."

FIRST PUBLISHED 6:00PM, JUL 21 2021
It's been frustrating going racing recently, you get different people stopping you with the various zones. They're quite aggressive too. It nearly got

Blindness no obstacle for Wren's Breath as she pounces late for Listed prize Frustrated Watson hits out at 'extremely harsh' fine after disqualification Soaring temperatures force Bath to take precautions for Wednesday afternoon card Swim when you're winning! Pool trips pay off for hat-trick scorer Global