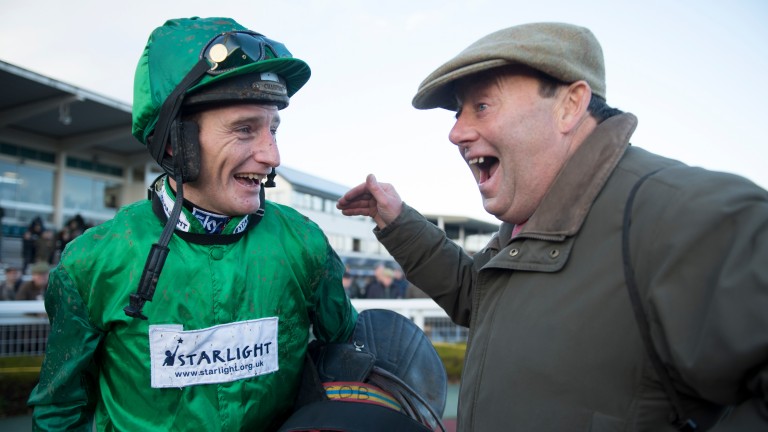 The jumps season is still in its infancy but Nicky Henderson looks to have unearthed another potential star as Impulsive One entered the reckoning for the Cheltenham Festival.

The gelding, who boasts an unusual American pedigree for jump racing being a son of Belmont Stakes winner Union Rags, made it two from two over hurdles, over a cumulative 22 lengths.

Daryl Jacob, speaking after success aboard his only ride of the day: "He's going the right way but he's got a bit more learning to do. He enjoyed that ground and I can't imagine he'll run on very soft ground.

"He'll keep running before he has a bit of a break during the winter. The most important thing for now is that he keeps learning and improving."

The retained rider for owners Simon Munir and Isaac Souede added: "We're lucky he's got a great racing manager [Anthony Bromley] and trainer behind him so I'm sure that the horse is going to keep progressing as the year goes on.”

The three-year-old, formerly with William Haggas, has been introduced at 33-1 for the Triumph Hurdle by Paddy Power.

A day to remember

There are not many moments that can eclipse breeding a Champion Hurdle winner but Doug Procter, who runs The Glanvilles Stud, where Geoffrey Guy bred wonder mare Honeysuckle, was left speechless after watching his son Frederick Procter ride his first ever winner in the 2m3½f handicap hurdle.

Procter struck on just his fifth ride under rules, guiding the Keiran Burke-trained Soul Icon, who was also bred by his father, to a shock 66-1 success.

FIRST PUBLISHED 7:00PM, OCT 5 2021
He'll keep running before he has a bit of a break during the winter. The most important thing for now is that he keeps learning and improving

Change TPA so that BHA's independence isn't quashed 'I got there a bit soon' - Epatante and Not So Sleepy tie in thrilling dead-heat Nicky Henderson hasn't bottled it at all - Shishkin just isn't ready 'How can you be wrong?' - Nicky Henderson hits back at Shishkin critics 'You can argue Jonbon should not even be favourite' - get Paul Kealy's view Out with the old? Paisley Park camp hope not as Jonbon bids to justify the hype