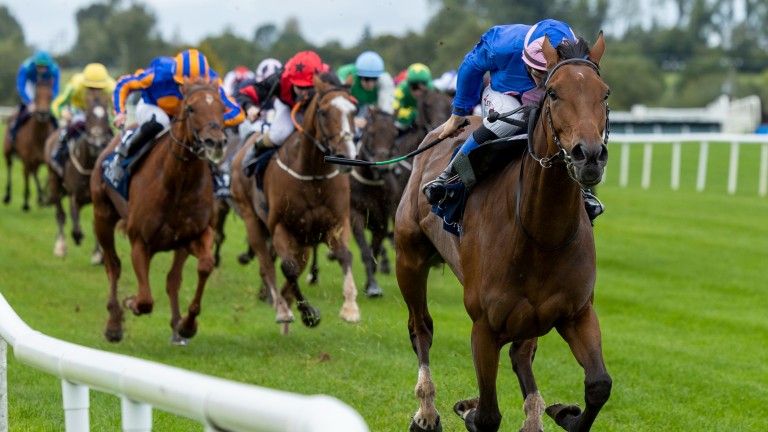 The Joseph O'Brien-trained Statement landed her second stakes race of the week as she spreadeagled the opposition in the Group 3 Coolmore U S Navy Flag Concorde Stakes in what was by far the more impressive of her two winning performances.

Dylan Browne McMonagle, who had been seen to very good effect when making all on the daughter of Lawman in the Listed Navigation Stakes at Cork on Tuesday, was clearly travelling best on the filly turning in. From there she produced a telling turn of speed in the last furlong or so to leave her rivals toiling.

The winning margin of five and a half lengths over Current Option did not do full justice to her superiority.

Assistant trainer Brendan Powell said: "That was a much improved performance from Cork. The ground was softer, but Dylan said she quickened off that ground and he couldn't believe how far he won."

"Seven furlongs looks to be her trip. It was a stronger field than she faced on Tuesday and she really looks to be an exciting filly going forward. She's won her Group 3 now and we'll see how far she can go."

Noel Meade may well be heading to Punchestown for the Morgiana Hurdle with Jesse Evans next month after the son of So You Think, named after a gunslinger of the old West, had too much firepower for his rivals in the Grade 3 Horse & Jockey Hotel Hurdle.

Bryan Cooper settled his mount at the back and he displayed a fine turn of foot to quicken past the front-running Effernock Fizz and win by an easy four and a half lengths.

The form is easy to knock as market rivals Abacadabras and Jason The Militant were below par in third and fourth, something Meade acknowledged.

He said: "I know the race fell apart and the other two horses didn't run well, but it was still nice to see him quicken up the way he did. He's not unlike Go Native, who also won this race, and we would have to think of a race like the Morgiana Hurdle for him." 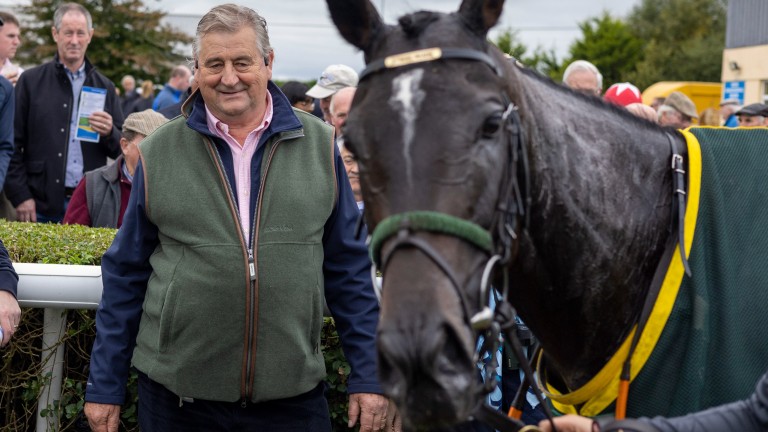 Noel Meade admires Jesse Evans in the winner's enclosure after his win in the Grade 3 hurdle
Patrick McCann (racingpost.com/photos)

After winning his maiden hurdle over a longer trip at Galway during the summer, the Willie Mullins-trained Champ Kiely made light of his drop back to 2m in the Grade 3 novice hurdle and ran out an impressive winner under Danny Mullins.

He made all at a good gallop and quickened up smartly coming to the second-last to put the race to bed, going on to readily account for Cheltenham Festival winner Brazil by four and a half lengths.

The winning rider said: "He showed stamina at Galway and backed that up with speed today. He ticks a lot of boxes and quickened here off a strong pace. Not many can do that."

Jockey and trainer later completed a Grade 3 double when Authorized Art made it three out of four over fences when landing the O'Dwyer Steel Dundrum Novice Chase.

FIRST PUBLISHED 6:17PM, OCT 2 2022
Dylan said she quickened off that ground and he couldn't believe how far he won. She really looks exciting going forward