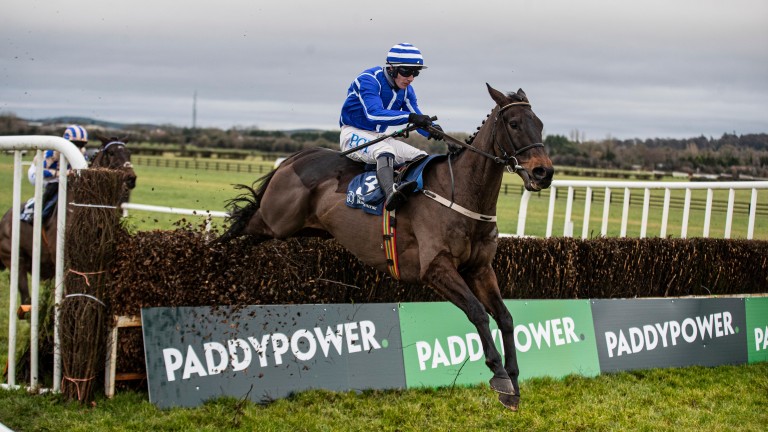 The Willie Mullins-trained Energumene was a big mover in the market for the Arkle and Marsh Novices' Chase after an impressive performance in the 2m novice chase.

Paddy Power cut the Willie Mullins-trained winner to 5-1 (from 12) for the Arkle and 11-2 (from 10) for the Marsh Novices' Chase at the Cheltenham Festival following an easy eight-and-a-half-length success.

In a contest high on quality but low on numbers, Paul Townend set out to make all on Energumene. After getting a nice breather into him after the third-last, the pair then pressed on again to leave Captain Guinness trailing in their wake as they surged clear.

Having made a winning debut over 2m4f at Gowran in November, the drop back in trip was a question mark in a high quality contest, but Energumene's jumping from the front was of the highest calibre.

This performance indicates he can be a top-class performer over both trips, with Mullins seemingly keen on the back of this victory to let him prove himself against the best over 2m.

He said: "That was very impressive and his jumping was a key factor. He has a great method of jumping and that's why we brought him back to two miles to see if he could be effective and he looked it."

He added: "Paul just gave him a breather turning for home and then he picked up again from before the last. I was very taken with it. I think we might look to going down the two-mile route with him now. We'll have a good look at it anyway and the Irish Arkle at Leopardstown would look to be the next target."

Swan looks a chip off the old block

Amateur Harry Swan, 18-year-old son of multiple champion jockey Charlie Swan, registered his fourth win in the saddle and his first over jumps when On Eagles Wings landed the 2m maiden hurdle.

Swan did not look out of place against the professionals as he drove his mount out stylishly to the line, beating champion jockey Paul Townend on Captain Kangaroo by two-and-a-half lengths, with the winner trained by Swan's grandfather, Timmy Hyde.

Harry Swan was keeping a proud family tradition going, as Charlie Swan revealed that he, Timmy, and now Harry had all won on their respective first rides over hurdles.

Epatante, Honeysuckle and Sharjah among 27 entered for the Champion Hurdle

Dan Skelton: 'If Shishkin turns up, we'll have that fight there and then, no problem'

FIRST PUBLISHED 3:09PM, JAN 13 2021
He has a great method of jumping and that's why we brought him back to 2m to see if he could be effective and he looked it