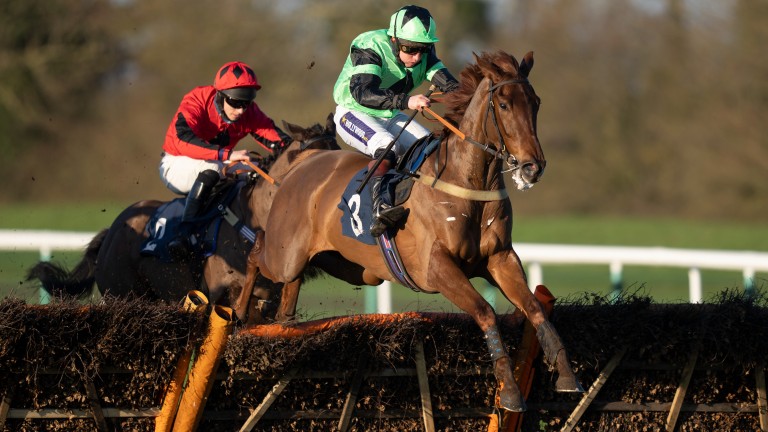 Owner Gary Robinson was left relishing the prospect of heading to the Cheltenham Festival with a horse of his own for the first time after Kotmask maintained his perfect record in Britain with a thrilling success in the Chatteris Fen Juvenile Hurdle.

Bought by trainer Gary Moore in the summer after a fifth-place finish on his debut at Dieppe for Gabriel Leenders, Kotmask runs for the Portsmouth-based Robinson and his wife Leanne's company Aura (gas) Holdings Ltd.

While he was an effortless winner at Fontwell last month, the 6-5 favourite rallied when headed to deny Collingham by a neck to keep the Cheltenham dream alive for his owners, with a tilt at the Triumph Hurdle or Boodles Juvenile Handicap Hurdle mooted.

Gary Robinson said: "I got worried at the finish but he's a great horse, he has a lovely temperament. It was a lot tougher than Fontwell but a win is a win.

"I'd love to see him at Cheltenham in March in either the Boodles or the Triumph. I'm favouring the latter, but it doesn't matter as long as we're there. He'll do okay for us, no doubt." 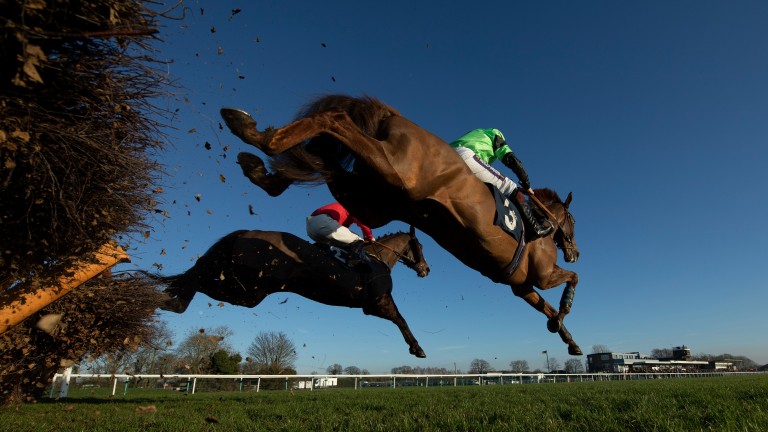 Paddy Power introduced Kotmask at 25-1 for the Boodles, but winning jockey Jamie Moore was eyeing targets away from Cheltenham.

He said: "He showed a lot of guts. I wanted a test, but I didn't want to make the running as he got a bit lonely in front. He'd be more of a juvenile hurdler than [Grade 1 winner] Porticello.

"I don't worry about the Boodles or the Triumph; there are valuable handicaps at Newbury and Ascot at the end of the season too."

Moore doubled up and rode his 50th winner of the season when the one-eyed Odin's Quest won the 2m bumper, but he received a two-day ban for overuse of the whip on Kotmask.

Jack Martin described the feeling of riding his first winner under rules as a "dream come true" after Alberic's success in the 2m3½f conditional jockeys' handicap hurdle.

Martin, 23, is from a racing family which includes his cousin Brian Hughes and notched his landmark victory at the 15th attempt on the Philip Hobbs-trained five-year-old. 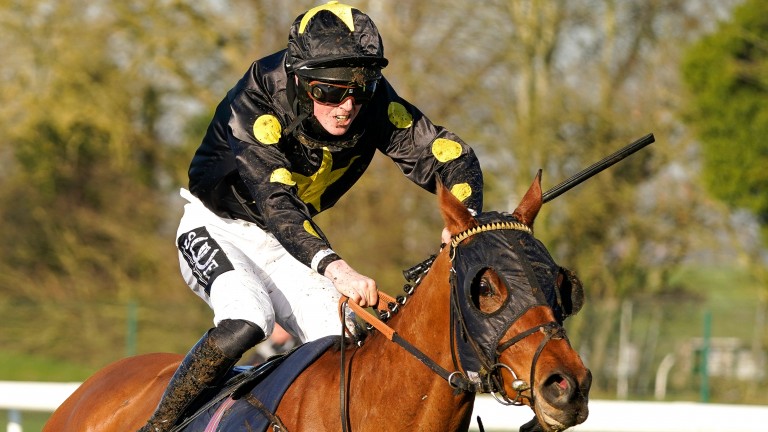 "It's an amazing feeling, it hasn't sunk in yet. It's a dream come true. I knew he was favourite and a lot of people said don't let the pressure get to you and ride your race," Martin said.

"My Dad, Paul, was also a professional jockey and this is my fourth season with Philip. I was an amateur for three seasons after it didn't really work out in Ireland, but Brian told me to keep my head down and graft."

Johnny Burke was left excited for Holly Hartingo to unleash her potential over fences after she maintained her unbeaten record under rules with an easy victory in the 2m4½f mares' novice hurdle.

"She was very impressive and is definitely above average," Burke said. "There's an even better mares' programme over fences for her next season and she's one to have a lot of fun with."

David Noonan celebrated his first winner at the track in 1,882 days when Freddy Fanatapan scored on his chasing debut in the 2m7½f handicap chase.

Lingfield's Winter Million meeting hailed a success - with better still to come 'We've had this race in mind' - conditions to suit outsider of three Goshen 'They would've loved that' - El Paso Wood bolts up for National-mad owners 'Inspirational' owner with locked-in syndrome strikes with Mark Of Gold 'It would be tremendous' - disabled owner seeking emotional Plumpton win What next for Sporting John? Hobbs mulls festival options for Warwick winner