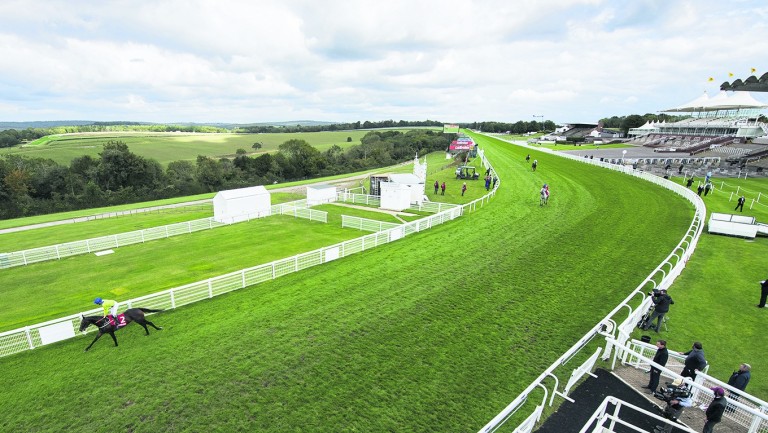 Shaun Lycett has just eight horses in full work but recorded his seventh winner of 2021 when Torcello ploughed through the mud to win the feature 1m4f handicap under Silvestre de Sousa.

At 28-1 you would be forgiven for thinking no-one saw it coming, but the trainer was confident the seven-year-old had what it took.

He said: "His owner backed him, I said to him he wouldn't be beaten. When Silvestre told me the ground was soft I said, 'He'll win then'. I didn't come here for a day out.

"The horse was squealing around the stable this morning, we were laughing at him in the yard, he was so well in himself."

Lycett, who had saddled a winner on Saturday evening at Chelmsford, was talking while walking Torcello around himself prior to loading him up for the journey home.

"Because we're a small yard people think it's a fluke but we backed him from 33s to about 12s at Newmarket [in May]," he said. "That was probably only our 40th runner since January. We work very hard, we're a very small team and it's nice when we get the results.

"There will be nobody celebrating a winner more than me. I appreciate every good day because we get a lot of bad days."

The top two jockeys in the championship fought out a pulsating finish to the 1m1f novice stakes, with Secret Image and William Buick getting the better of Electress under Oisin Murphy to reduce the gap in the title race to six.

O'Brien at it again

He may be leading the jumps trainers' standings, but Fergal O'Brien trained his second winner on the Flat in 24 hours as Polish stayed on stoutly to win the opening 2m handicap, which was restricted to professional jump jockeys.