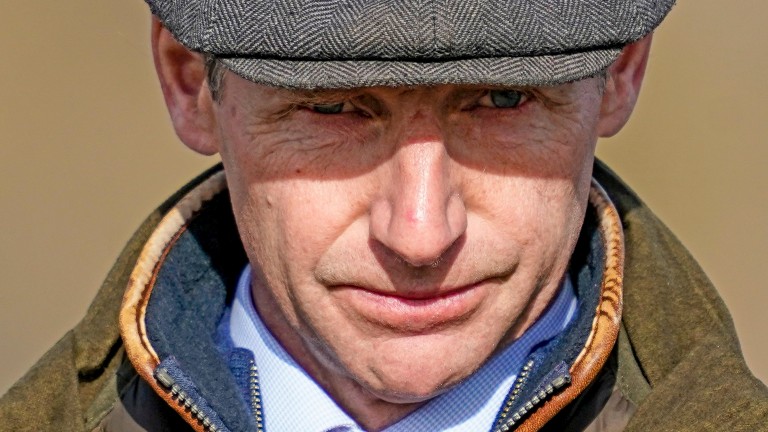 Tom Lacey expressed relief after Neville’s Cross put a frustrating start to life over fences behind him with a two-and-a-half-length success in the feature 2m4f handicap chase.

A two-time winner over hurdles, the six-year-old fell on his first two starts over the larger obstacles before finishing last of five at Worcester last month.

Lacey said: "He fell at Market Rasen because he just didn’t lift a leg, which was quite a shock to us all as he’s the best jumper I’ve got in the yard. He then stumbled on landing at Worcester the first time.

"We’ve done a lot of schooling with him since his last run at Worcester. I just think he’s got his confidence back and Stan [Sheppard] rode him very aggressively. Stan’s done all the schooling on him so it was only right that he got the opportunity to ride him in the race."

Sheppard’s day got even better as he combined with Lacey again with Fox’s Socks in the 2m4f handicap hurdle.

Formerly trained by Nicky Henderson, Fox's Socks relished the step up in trip to score by 16 lengths and complete a 34-1 double on the day for Sheppard and Lacey.

The six-year-old was making a first start for the jockey’s father Donald after being bought from Philip Hobbs’s yard and ran in the colours of her mother Sian.

In a good day for the family, McCain's sister Ella was also successful in the opening contest at Wolverhampton on Russco.

FIRST PUBLISHED 6:05PM, JUL 14 2021
Stan’s done all the schooling on him so it was only right that Stan got the opportunity to ride him in the race