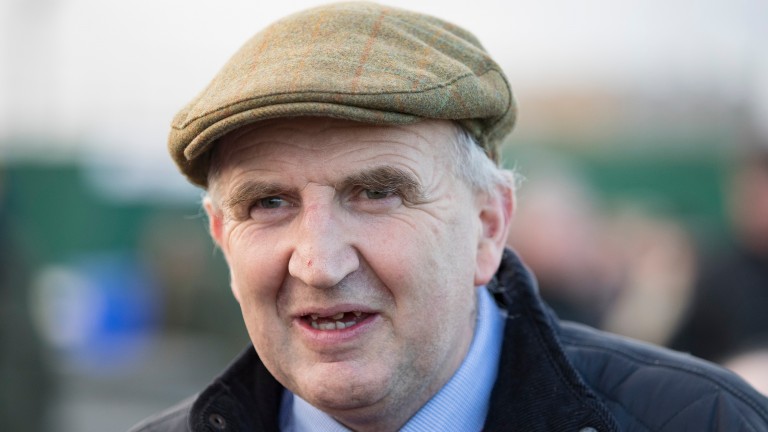 Tipperary-based trainer John Ryan set a new personal best after a double on the day left him on 17 winners for the season.

The Dara Man provided Ryan with his 16th success in the 2m1½f maiden hurdle, which helped him eclipse last season's total, before The Little Yank held off favourite Persia by half a length in the 2m1½f novice hurdle. He achieved his record after sending out less than half the number of runners.

The Little Yank's jockey Bryan Cooper told Racing TV: "John's horses are flying at the moment and I'm grateful to be slipping in for a few spares. He's a very sound man.

"A good jump at the last sealed it, and The Little Yank is a tough sort, and stuck at it well."

It was a first win since October 2019 for the six-year-old, who landed his first success over hurdles at Ryan's most lucrative track.

The Dara Man landed his maiden win on his fifth start by five and a half lengths under Shane Fitzgerald.

Ryan was not the only trainer with two winners on the card, as Philip Rothwell sent out a pair who won impressively.

Union Park and Hugh Morgan romped home in the 2m1½f handicap hurdle, with the five-year-old set for a rise in the handicap after cruising to a nine-length success.

Owner Oliver Barden was also rewarded with the second of Rothwell’s winners as Oscer Romero came off a 54-day break to win by six and a half lengths under Sean O'Keeffe in the 2m5½f handicap hurdle.

FIRST PUBLISHED 7:46PM, JUL 20 2021
John's horses are flying at the moment and I'm grateful to be slipping in for a few spares