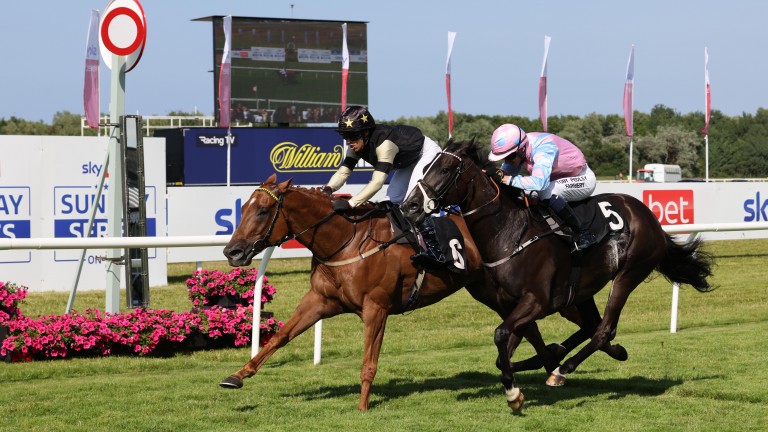 Nearly three years on from the biggest success of his career in the Stewards' Cup at Glorious Goodwood, Tommy G pocketed another decent prize when lasting home in the 1m1f apprentice handicap.

Better known as a sprinter for much of his career, the eight-year-old has flourished over a mile this season and offered new insight into his stamina reserves when tackling his longest ever trip on his 82nd start.

Apprentice Gianluca Sanna, based with Bryan Smart and having his first ride at the Scottish track, seemingly had no concerns over Tommy G's stamina, keeping him prominent throughout and kicking for home entering the straight. He had enough left in the tank to see off the late challenge of Six Strings, who has now finished second on his last four starts.

Winning trainer Jim Goldie said: "He knows what he's doing and goes particularly well for claimers. He's a bus of a horse, if you break well you're then in control of the race.

"Somebody might say I've been running him over the wrong trip all these years as it was his first go over a mile-one." 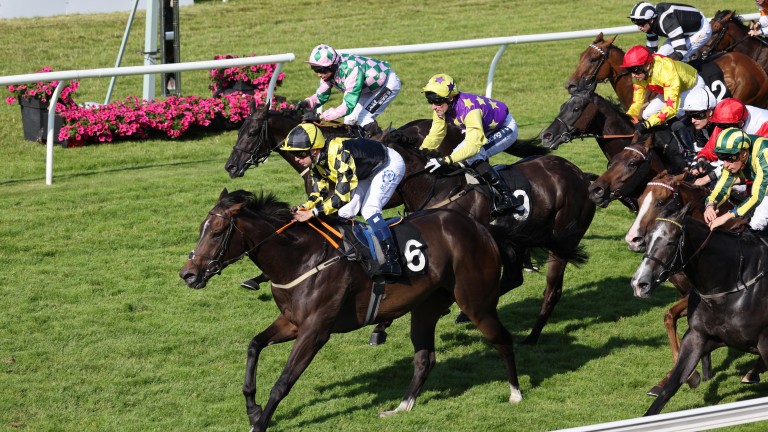 Modular Magic wins the 5f handicap, the last two furlongs of which were not broadcast on ITV4 due to technical problems
John Grossick (racingpost.com/photos)

Magic does the trick

Modular Magic posted a career-best effort to win the 5f handicap under Connor Beasley – although ITV4 viewers were left to take that on trust after technical problems meant the closing stages of the sprint were not broadcast.

The technical hitch during the first meeting of the £600,000, Sky Bet-backed Sunday Series was particularly unfortunate as ITV's coverage was crucial to getting the initiative off the ground. Racing TV's coverage of the race was unaffected.

Presenter Oli Bell apologised to viewers after the absence of live footage from Musselburgh for approximately 20 minutes, saying: "Our sincere apologies about the loss in pictures, it was outside of our control. I did manage to have time for the ice cream, not quite as I planned, but I hope you can accept our apologies." 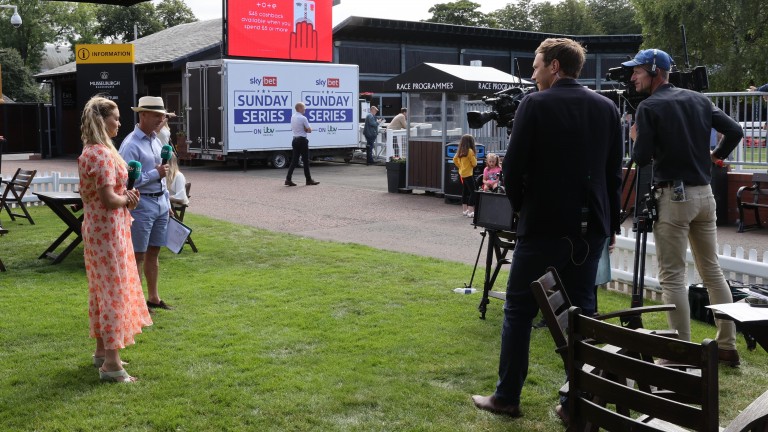 ITV4 cameras were at Musselburgh, although issues occurred during the fourth race
John Grossick (racingpost.com/photos)

Keith Dalgleish, Callum Rodriguez and owners John Kelly and John McNeill were the first beneficiaries of the valuable Sunday Series when Edward Cornelius produced a smart performance to win the 5f newcomers’ maiden.

The 13-2 shot was a fifth two-year-old winner from 14 runners this month for Dalgleish.

Joint-owner McNeill said: "He did it really well. He jumped out professionally first time out and was going away from them at the end.

"He's named after my father and my uncle, who are sadly no longer with us. I wanted a good prospect to name after them and I'm over the moon."

What is required to win the Cambridgeshire? Graeme Rodway runs the numbers Cambridgeshire plunge: Chichester 10-1 from 66-1 for big Newmarket handicap Memorable day for Mulrennan as 'highest-rated maiden' breaks juvenile record 'Everyone needs a day off' - Ed Bethell issues warning over 2022 fixtures Punters won the battle for Sundays with God - now we must make the most of it Keith Dalgleish restores local pride after Chichester sees off English raiders