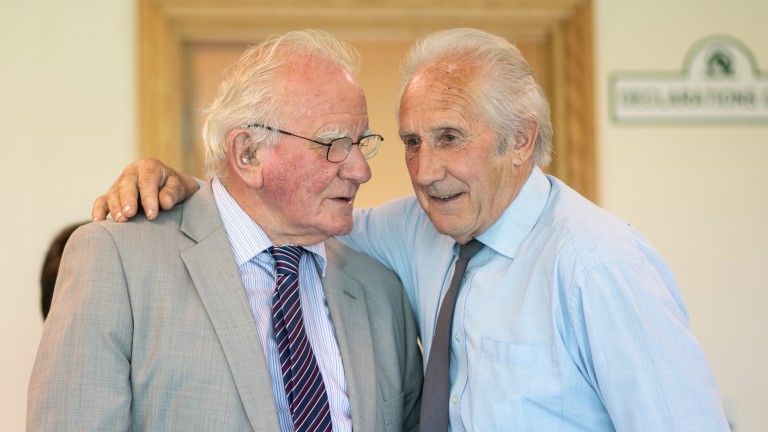 They say good things come in threes and that was certainly the case for conditional Harry Kimber as he landed a 340-1 treble 488 days on from his last winner.

The 21-year-old, who had gone 100 rides without success, made it three wins from three rides on the card, all for trainer Bill Turner.

A delighted Kimber told Sky Sports Racing: "I haven't ridden a winner in a while, so it means even more for me. I was over the moon that I'd even ridden a double. I've probably not even had three runners in a day before, it's absolutely fantastic."

Oscars Fame struck first for Kimber and Turner in the 2m2½f maiden hurdle, the seven-year-old owned by Kimber's family, before Scrappy Jack made it back-to-back Newton Abbot wins in the juvenile hurdle.

The treble was sealed by Youvebrokenmydream in an eventful novice handicap hurdle, as Kimber capitalised on the misfortunes of Charlie Price, who was forced to finish the race with a slipped saddle after 66-1 shot Gibraltarian jinked at the second-last and could manage only third.

With just seven wins to his name before Sunday's meeting, Newton Abbot will be a course to savour for Kimber and for Turner, who largely focuses on the Flat.

Turner has now racked up four jumps winners this month, with his last jumps success before that coming in January 2018.

Trainer Milton Harris sent out a quickfire double in the final two races on a blisteringly hot afternoon with highs of 27C.

Achy Breaky Heart and Presenting Yeats did the business for him, with jockeys required to dismount immediately after finishing while staff cooled the runners on course.

FIRST PUBLISHED 6:00PM, JUL 18 2021
I was over the moon that I'd even ridden a double. I've probably not even had three runners in a day before, it's absolutely fantastic

'We fancied him very much' - 100-1 stunner no surprise to overjoyed trainer Need for speed! Paul Henderson reveals unique prep for Ballyegan Hero