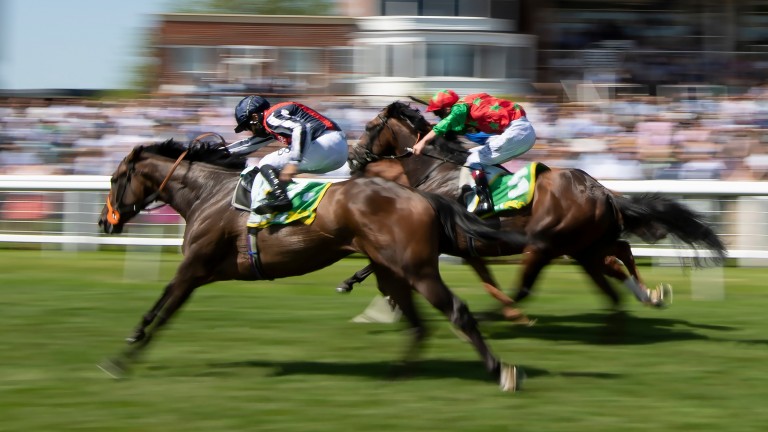 Crowds being back on track was not lost on a delighted Ray McMurray, whose Happy Romance, the winner of last year's Super Sprint at this meeting, was successful in the Group 3 Hackwood Stakes.

McMurray, a first-time owner with his son Ollie, is enjoying the ride, but the emergence of their star filly, who is trained by Richard Hannon, came during a sterile 2020 caused by the pandemic.

"There were ten people here last year when she won and we just shook hands and that was that," said the Basingstoke-based property developer.

"It's a lot different here now and Ollie couldn't be here today, so I'm doing the talking, but he's the main part of this with Richard and Sean Levey, who is the only jockey to have ridden her, so I leave it all to them." 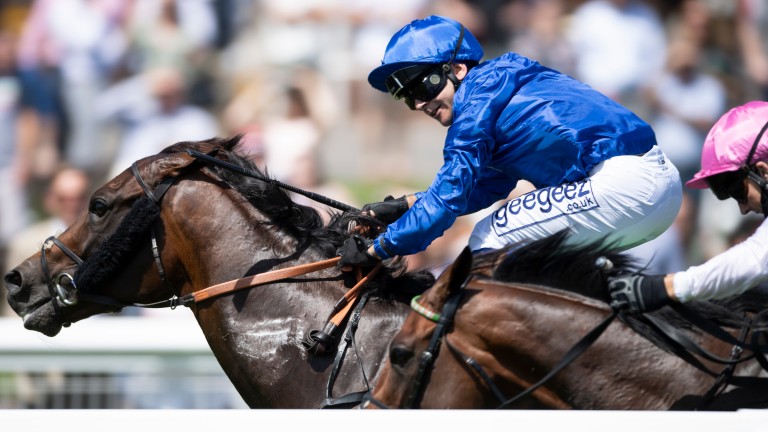 Ghiani on top of the world

There was a touch of Mickael Barzalona in how Marco Ghiani celebrated winning the Listed Steventon Stakes on Real World and the jockey was smiling as if he had won the Derby afterwards.

Barzalona famously stood upright in the irons and punched the air when Pour Moi flashed home late in the 2011 Epsom Classic and Ghiani – a rising star of the weighing room – could hardly contain his delight after following up his Royal Hunt Cup success on Real World.

"That's my first Listed winner," he beamed. "I hope I can keep the ride if he goes into Group races, but we'll see – to become a good jockey, you need to have a good horse and I think I've found a nice one."

Asked if the Godolphin four-year-old was his favourite horse, Ghiani shot back: "Oh yeah!" 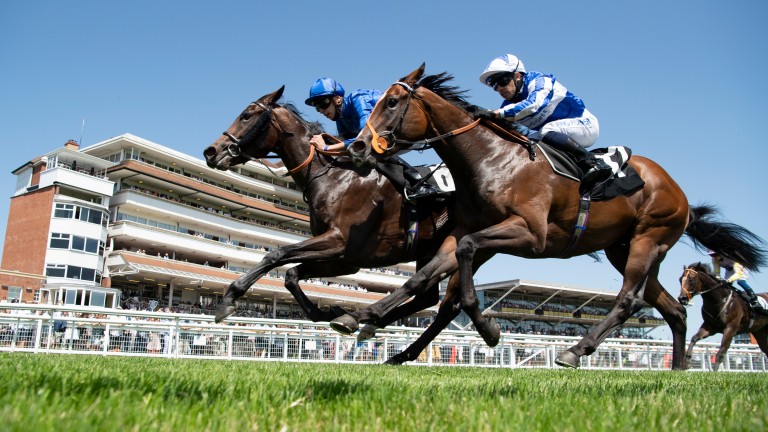 Hannon had no joy with his seven runners at the track on Friday, but started the day in style when Tropez Power won the 6f novice stakes, although the trainer needed the intervention of the stewards to get the result.

They deemed the Saeed bin Suroor-trained Home City had carried Tropez Power across the track, so placed him first and demoted the initial winner to second.

"I wasn't surprised but I feel for the first and Saeed," said Hannon. "It's lovely to win races but not necessarily like that, although it looked like we were carried across the course a bit." 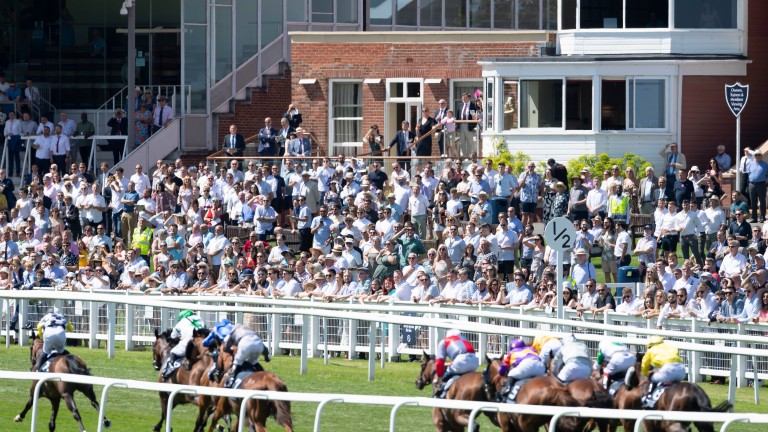 Paul Nicholls, top trainer during Newbury's last jumps season, got in on the act on the Flat when Scaramanga landed the 2m½f handicap.

"Hayley Turner was stuck in traffic, so it was a nice ride to get," said Silvestre de Sousa, whose initial mount Call My Bluff was a non-runner.

FIRST PUBLISHED 6:01PM, JUL 17 2021
There were ten people here last year when she won and we just shook hands and that was that