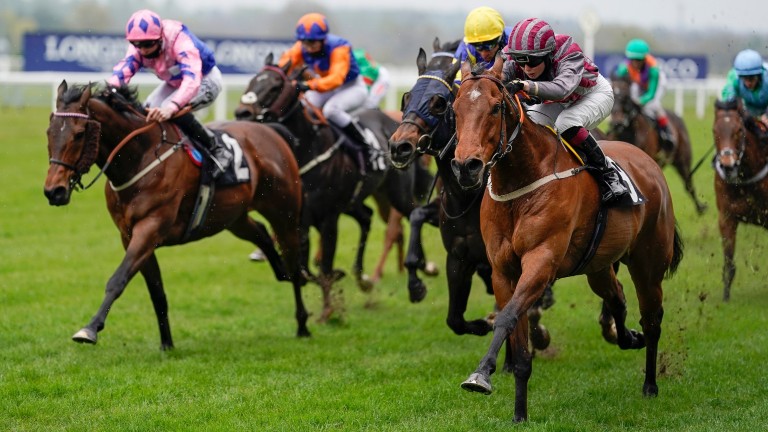 It was a day for the veterans with seven-year-old Stradivarius setting the scene before eight-year-old Oh This Is Us landed the Listed Paradise Stakes and 12-year-old Pettochside stormed home in the 5f handicap.

Even more remarkable for Pettochside was that his win came after a 191-day absence and caught his 79-year-old trainer John Bridger by surprise.

"I thought he'd need it," said Bridger. "He's been off a while and had got a bit big, but he's a lovely horse. I turn him out a lot and feed him well and it seems to keep him happy.

"He's a lovely, big, strong horse and I'm over the moon with him, especially at his age. We were a bit worried about the ground but the rain just got in enough. I'm delighted." 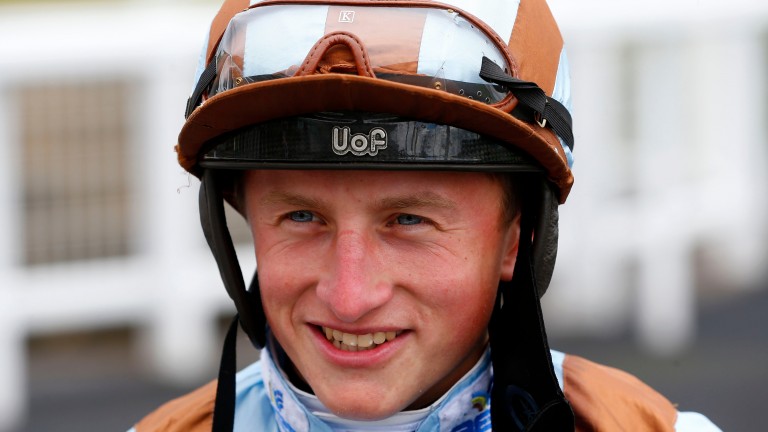 Tom Marquand: "He was the first good horse I bumped into"
Pool

The winner, a veteran of 102 races, has struck up a fine rapport with 7lb claimer Saffie Osborne, who was taking her record to three wins from three rides on the sprinter.

Oh This Is Us has been a remarkable horse for owners Team Wallop and took his career earnings sailing through the £650,000 mark with a 15th victory on his 70th start at 66-1.

"He was the first good horse I bumped into," said winning rider Tom Marquand. "He won a £100,000 handicap at Goodwood when I was a 3lb claimer and nearly every year since I've managed to pinch a big one on him. He's been an incredible horse and a great flagship for the Richard Hannon yard."

Chipotle too hot to handle

Chipotle is fast becoming Eve Johnson Houghton's favourite horse and the two-year-old enhanced his reputation by ending a frustrating winless run stretching back to the opening day of the turf season for his trainer with victory in the 5f conditions stakes. 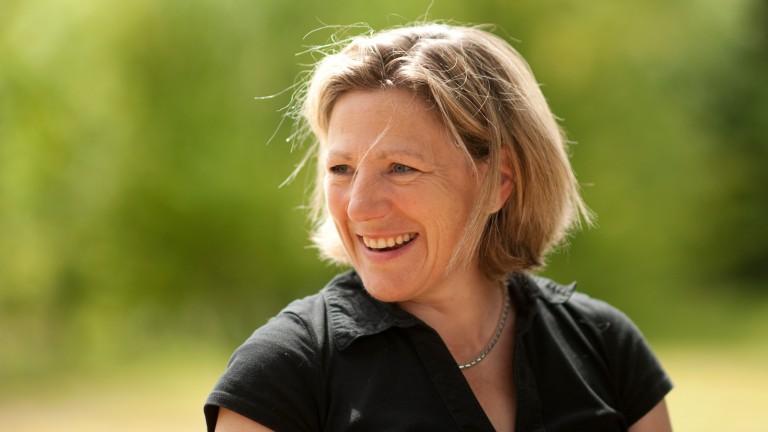 It was Chipotle himself, successful in the Brocklesby Stakes on March 27, who had last given Johnson Houghton a winner, and he maintained his unbeaten record with a one-length victory over 11-10 favourite The Gatekeeper.

"I've been unable to win an argument in an empty room and I'm pretty good at arguing, so it's not been great," said the trainer. "It's a great relief to get a winner and this will put a smile on everyone's face.

"I don't know how good the second is, but he's done what he's had to do and that's all you can ask. I think he'll get six furlongs but is sharp enough to stay at five."

Asked if he would be back at Ascot for the royal meeting in June, Johnson Houghton added: "We'll look at the Windsor Castle, but he's in the Super Sprint at Newbury and would have a very low weight, so that's probably our mid-term target."

FIRST PUBLISHED 6:46PM, APR 28 2021
He's been off a while and had got a bit big but he's a lovely horse. I turn him out a lot and feed him well and it seems to keep him happy

And you thought finding the Royal Hunt Cup winner was hard . . . A day when two big decisions had to be made - officials at Ascot got both right William Buick goes top in title race as he continues fine run of form Ascot due a fitting finale with racing's greatest fan set to star on day five Four horses who will relish the quick ground on day two at Royal Ascot Richard Birch believes one side of the track holds the key to the Royal Hunt Cup