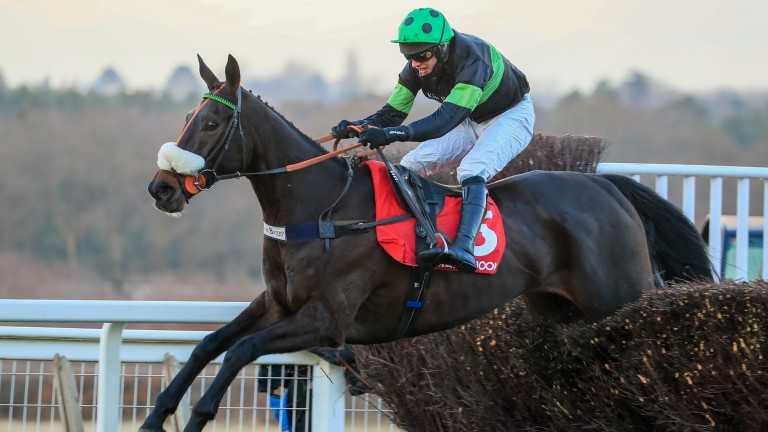 Kim Bailey and David Bass were left in utter disbelief after pulling off a giant-killing performance that would not have looked out of place among the day's fourth round FA Cup results as the brilliantly bold First Flow put in the run of his life to land the Grade 1 Matchbook-backed Clarence House Chase.

The pre-match chat may have centred on Politologue, Waiting Patiently and Defi Du Seuil from the big league, but it was First Flow – having done it the hard way by climbing the handicap tiers with five straight wins – who took the race by the scruff of the neck at the seventh fence.

From that moment, he never gave his rivals the slightest scent of victory under a swashbuckling ride from Bass.

Watch the replay of the Clarence House Chase

It looked a brave and potentially suicidal call to pass Politologue so early but Bass had belief in his partner, who seemed to meet every fence in his stride.

Even when he didn't, First Flow was willing to take them from distance, landing further and further clear from his rivals each time.

In the end he was seven lengths clear of Politologue crossing the line, with Waiting Patiently a further one and three-quarter lengths back in third, providing Bailey with a first win at the highest level since Master Oats and Alderbrook pulled off the Gold Cup-Champion Hurdle double at Cheltenham in 1995.

There was a moment, after the dust had settled, when Bailey and Bass just stood and looked at one another, as if to say 'did that really just happen?' and the trainer was itching to see a replay just to make sure it was reality.

"I can't wait to watch it again," said the trainer. "I was so nervous watching. What an extraordinary ride; he took those fences from so far away.

"That guy on top knows him so well and to win a race like that you have to be hard. David takes the bull by the horns and gets on with it. Horse and jockey really suit each other."

He added: "That horse has never ceased to surprise me since day one and today he’s surpassed that. He and Politologue were matching each other and he was bigger and better.

"David has so much belief in his ability to jump, so he kept asking him and the horse kept answering. We were so far clear down the far side I was staggered. I’m flummoxed and delighted." 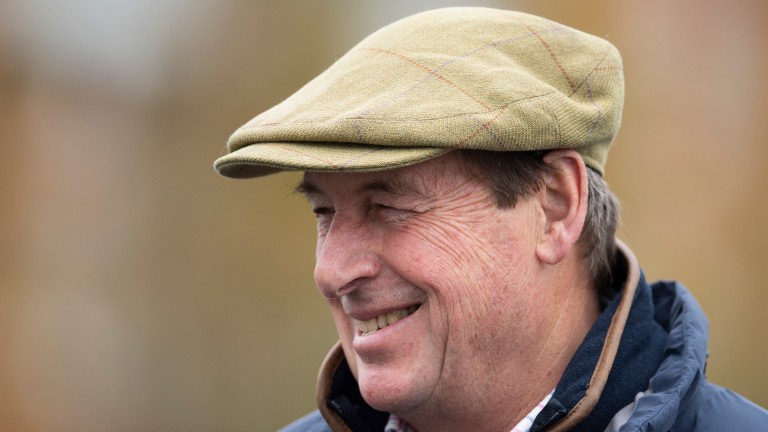 While he was delighted for himself, the winning rider and his team in Andoversford, it was winning owner Tony Solomons who was at the front of his thoughts. There have been some tough years since the heady days of Master Oats and Alderbrook for Bailey, but Solomons has always stuck by his trainer.

"I'm delighted for Tony, who has been my longest-serving owner and would desperately love to be here," said Bailey. "He's been with me since my second season and is 92, I think. He's been remarkably loyal and never had another jumps trainer.

"We bought this horse to replace Harry Topper and what a horse he's been for him."

After Waiting Patiently was supplemented earlier in the week and following a crisis of confidence on Saturday morning, Bailey admitted he had been cursing for not heading to Doncaster on Friday for a handicap with First Flow.

Now it is Cheltenham and the Betway Queen Mother Champion Chase, for which First Flow is a best-price 14-1 with bet365, he is left to contemplate. 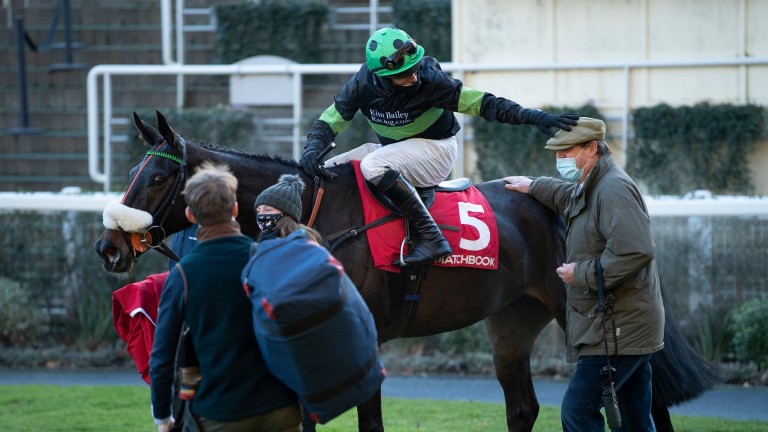 "It has to be on the agenda now," he said. "He’s beaten the current Champion Chase holder and if he keeps on improving, who knows?"

Victory handed the man on board his third win at the highest level but achieving it for Bailey, the trainer who has provided him with the likes of Imperial Aura and Vinndication to ride, meant this one had extra significance for Bass, who has announced himself among the very best in the weighing room this year and peerless from the front.

"I said I'd ride Kim a Grade 1 winner but I didn't think it would take as long as it has," said the winning rider. "I'm so pleased it's with this horse. Everyone loves him and it's great when a real character of the yard comes out and ends up being a real top class horse."

Bass revealed that the plan had been to sit behind Politologue for longer but First Flow had had different ideas.

He said: "He winged the fences down the hill and I knew I had to be really positive or get him back underneath me, and I ended up taking on Politologue very early, which wasn't necessarily the plan, but I didn't want to disappoint him. I can't believe how much he's improved; it's remarkable."

Asked about a possible Champion Chase tilt next, Bass added: "He's on a winning streak, so let's give it a go. Let’s take on the big guns again and hope for a bit more improvement."

After a performance of this calibre, it would be a brave man to think he has reached his ceiling yet.

Expert jury: our experts on whether Royale Pagaille should go for the Festival Novices' Chase or Gold Cup

FIRST PUBLISHED 3:47PM, JAN 23 2021
I couldn't believe how easy I was going and I didn't plan to take Politologue on that early, but he winged the fences down the hill