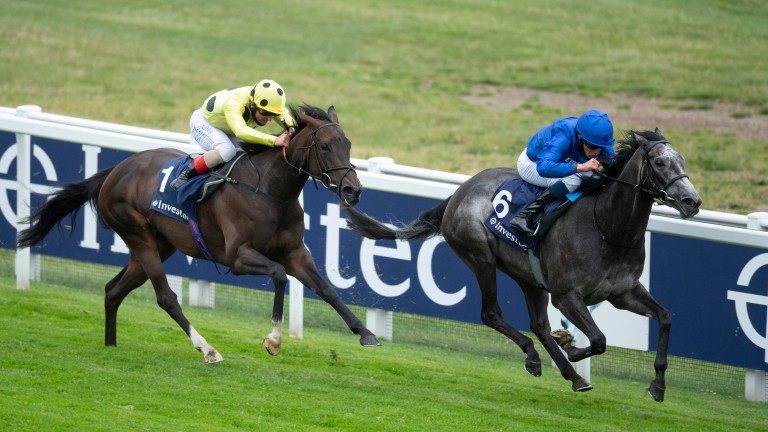 Summer Romance bounced back to her best with a determined effort to hold off Cloak Of Spirits and take the Princess Elizabeth Stakes.

Godolphin paid €800,000 for her a year ago and she looked to be a top prospect with an explosive six-length Listed win. But she had failed to maintain that level of form until Saturday where, under a brave ride from William Buick, she landed the Group 3 prize.

Buick said: "She ran a good race in the Guineas last time. I wasn't in a very good position in the Guineas, I had a wall of horses in front of me. It was hard to notice it to the naked eye but she did a lot of good late work. She was staying on past horses.

"Last year she was very speedy, very sharp but Charlie [Appleby] was always adamant that a mile would be within her compass. Obviously I got a soft lead today and it really suited her but I really liked the way she battled on gamely.

"She's turned the form around with Cloak Of Spirits. She deserved that. She's always been perceived as a nice filly within the stable and I'm just glad that she's got the Group win next to her name. She's a filly that should go through the grades nicely."

Safe Voyage set a course record when blitzing to the front and rewarding favourite backers in the Listed Investec Surrey Stakes.

Held up in a midfield position, he stormed home in the final two furlongs to swoop past the front-running Shine So Bright and hold off the challenge of Vale Of Kent in second.

The victory for the 6-5 favourite follows Twaasol's win as a joint 9-4 favourite earlier this afternoon.

Jason Hart, riding just his second winner at Epsom, said: "It was a nice stepping stone from last year and hopefully he can go on to bigger things. Everything went smoothly and I was delighted we met the rising ground in time.

"It's very quiet in the weighing room as they're all getting ready for the big one. He's a very consistent horse and the team at home have done a great job.

"With more ease in the ground you'll see a better horse again."

Twaasol made 40-1 for Guineas after Woodcote success

The first race on a historic behind-closed-doors Derby day went to  Twaasol, who made it two wins from two career starts in the Investec Woodcote EBF Stakes.

The two-year-old son of Adaay charged home down the straight to deny Modern News in impressive style. 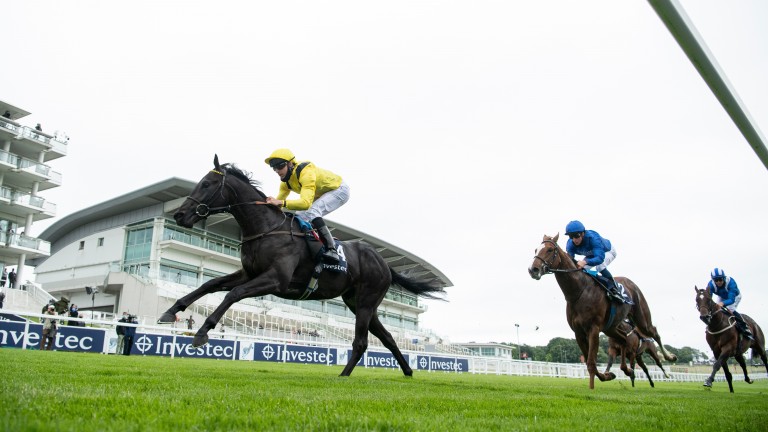 Harley has rides in the Oaks and Derby later today. He rides Worthily, a two-length winner on his only start, in the Derby and 125-1 outsider Tiempo Vuela in the Oaks.

Burrows said: "He's not the biggest but he's got a great mind and is a good mover. I'm chuffed to bits with him. He's a well balanced little horse and I was confident he would handle the track."

Last season Pinatubo won the Woodcote before going on to be the leading juvenile and Burrows is excited for the future of Twaasol, who was made 40-1 for the 2,000 Guineas next year.

"I'm not going to get too carried away but he's done nothing wrong and is definitely one for us to look forward to," he added.

Harley said: "I was impressed with that. I was full of confidence he had improved from his first win. He got a bit unbalanced but stayed on well."

FIRST PUBLISHED 2:04PM, JUL 4 2020
He's a very consistent horse and the team at home have done a great job. With more ease in the ground you'll see a better horse again