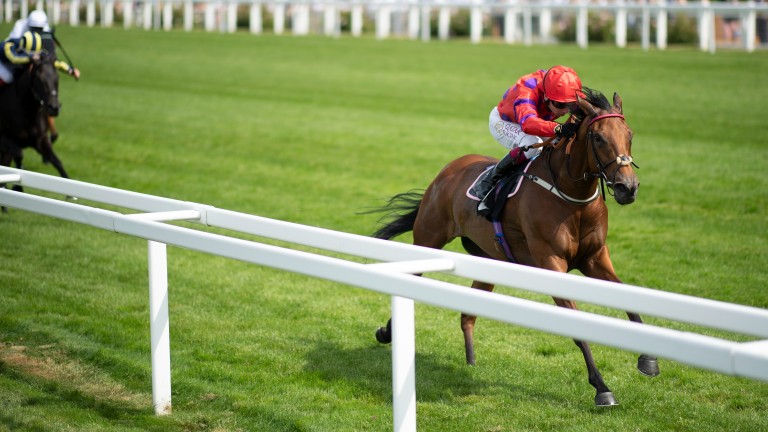 There were tears of joy as Dreamloper put a disappointing run at Royal Ascot behind her with victory in the Group 3 Valiant Stakes.

Molly Stratton, assistant head girl for Ed Walker, could not hold back her delight as she was cheered into the winner's enclosure and she was praised by the trainer for helping to improve the four-year-old.

Dreamloper extended an excellent run of form for Walker and Oisin Murphy when finishing four and a half lengths clear of Lights On, who denied third-placed Waliyak and the favourite Indigo Girl.

"We were so confident going into Royal Ascot and I still haven't found any reason why she ran so flat that day," said Walker, who recorded a double on the day with Mountain Peak in the 5f handicap.

"It's great she's been able to show her true ability and I thought Oisin was excellent. A huge shout to Molly Stratton who rides her every day and has done a great job as she's not an easy filly."

Murphy, who recorded his ninth winner of the week and continues to lead the way in his defence of the jockeys' title, added: "It was a huge step up on what she's done and why not step up a bit higher?"

The racecard noted the trainer's "ordinary strike-rate" with juveniles so Baker admitted he was pleasantly surprised when the daughter of Al Wukair stretched two lengths clear of 17-2 chance Loquace. 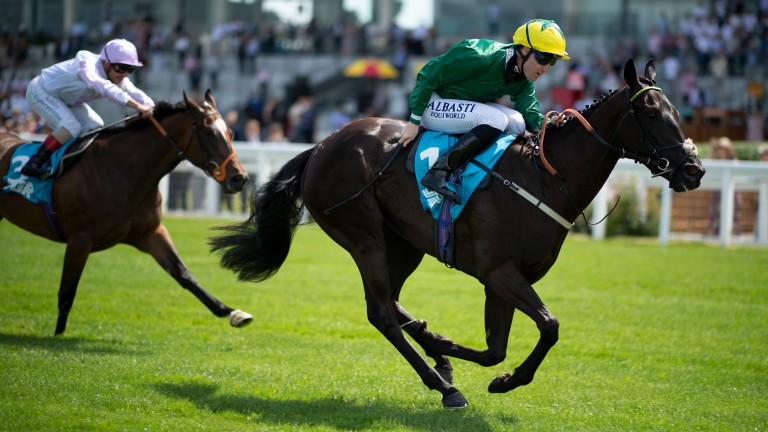 "We never overcook our two-year-olds and we do have an average record with them, just because it is our way of doing things," said Baker. "This filly has always been a three-year-old in my mind and I've always loved her. She's exciting and it's a massive bonus to win.

"I've known Pat Cosgrave a long time. He doesn't get overexcited very often but he was excited by that performance. We'll get her home to see how she is, but there will be some nice targets for her."

Richard Hannon landed the Crocker Bulteel Maiden Stakes for the fourth time in a row when Ehraz justified odds-on favouritism.

The Shadwell-owned two-year-old, who was second on his debut at Newmarket this month, has a tough act to follow as this race was won in 2019 by Mums Tipple, who later competed at Group level.

"He was pretty impressive," said Jim Crowley after Ehraz's four-and-a-quarter-length success. "He's by Showcasing so he should be just as effective on good to soft ground too. He has a lovely temperament."

Ehraz was introduced at 33-1 for the Qipco 2,000 Guineas and his connections suggested the Mill Reef Stakes as a possible target.

Speedo Boy bridged a three-year gap between victories on the Flat when winning the Brown Jack Handicap for trainer Ian Williams.

The seven-year-old, a winner over hurdles at Cheltenham, won this race in 2018 and scored for the first time since when beating Star Caliber by two and three-quarter lengths under William Buick.

"It's been three years since he's won and it's brilliant to have him back," said Williams. "He'll probably be aimed at the Shergar Cup."

FIRST PUBLISHED 6:00PM, JUL 23 2021
It's great she's been able to show her true ability and I thought Oisin was excellent