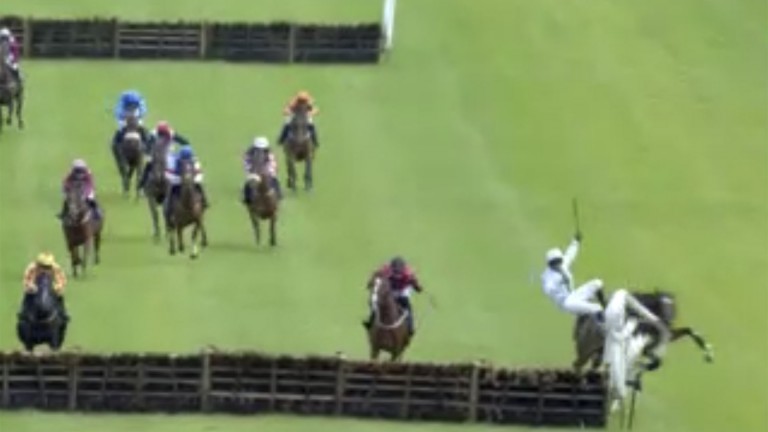 Karakhan and jockey Shane Mulcahy crash through the plastic rail at Clonmel on Friday
1 of 1
By Justin O'Hanlon UPDATED 6:05PM, JUN 11 2021

Trainer Debbie Hartnett landed her first winner in a decade in dramatic fashion on Friday after favourite Karakhan crashed through the wings at the final flight in the 2m maiden hurdle (1.15) at Clonmel.

The Denis Hogan-trained five-year-old was leading at the last until a spectacular run-out and dive to the left, unseating Shane Mulcahy and sending debris from the wing across the track.

Karakhan was quickly back on his feet, while Mulcahy was forced to take a moment to recover after the fall. Both horse and rider were reported to be unscathed after the incident in what was the 22-year-old jockey's only ride of the day.

The chief beneficiary was 20-1 shot Tommydan, whose jockey Ambrose McCurtin managed to avoid Karakhan's drift to the left at the final hurdle before seeing off General Clermont to give Hartnett her first win since 2011. 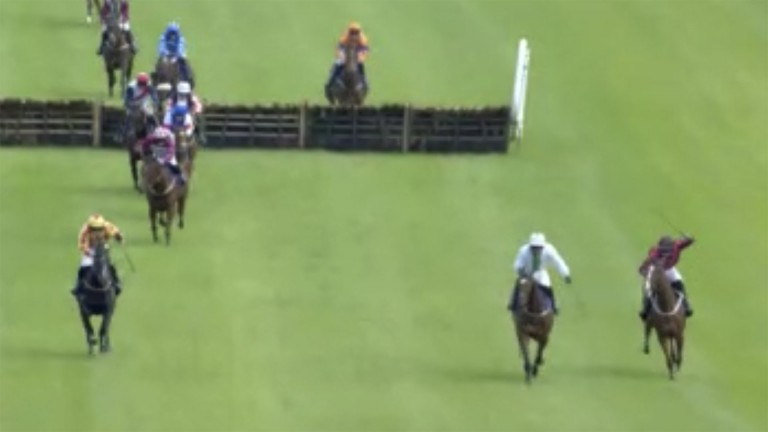 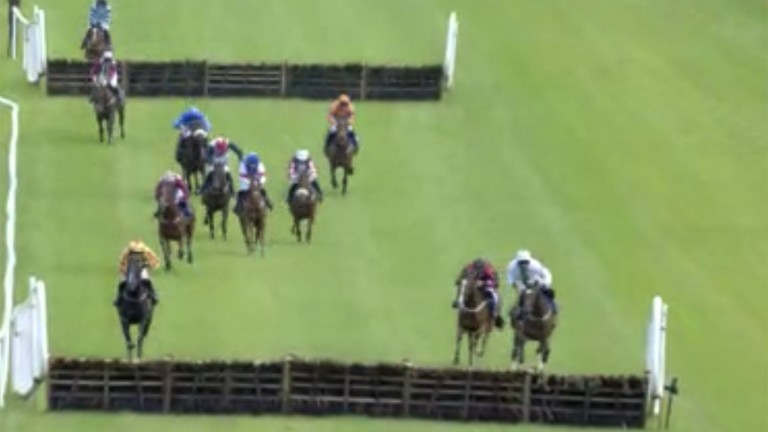 Approaching the final flight there's little between them, with Tommydan switched inside 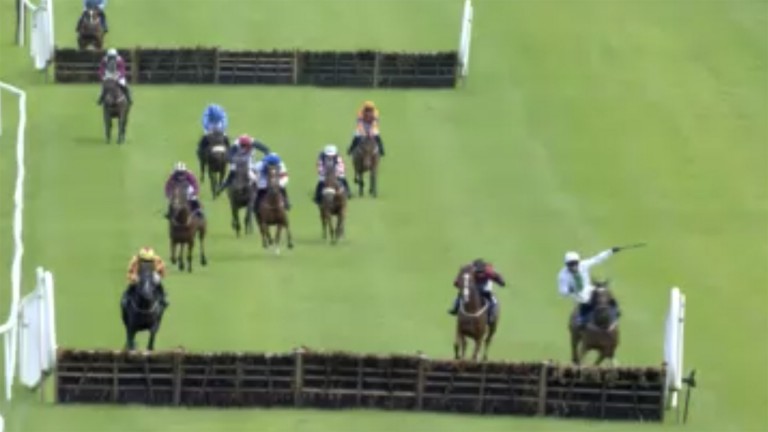 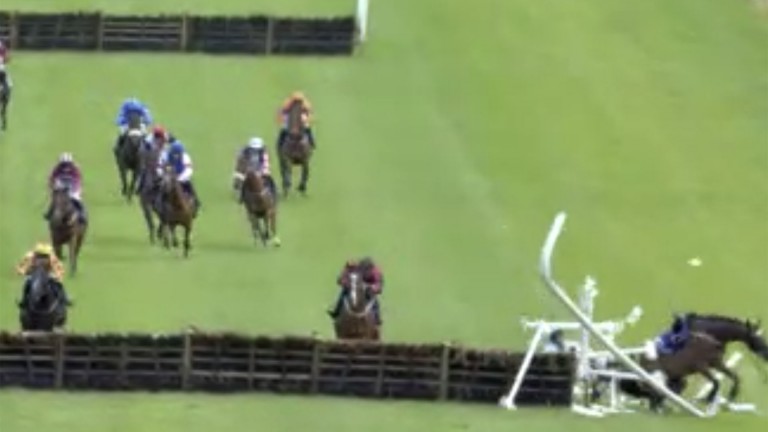 The pair are unhurt during the dramatic incident, but destroy the rail

The delighted trainer said: "We fancied him today. I wouldn't say we were bullish, but we would have been very disappointed if he had been out of the four.

"It's been a long time. We don't bring many to the track, we mostly train point-to-pointers and have just two for the course.

"Ambrose was fantastic on him. Did you see the horse going out through the wing? I thought to myself that Ambrose must have seen it coming."

The win was also the first success for Tommydan in five starts, while claiming jockey McCurtin picked up his first win of the season.

Hartnett added: "He's a funny horse at home. You wouldn't head out on the roads with this horse on your own, you might not get too far. You might not even get out of the yard! But if you can get him going he has loads of ability. It's just coaxing it out of him."

Diggin Deep bounces back to form

Farrier and trainer Paul Fahey described himself as "disgusted" with the performance of Diggin Deep at Tramore last weekend, but the 11-year-old put in a contrasting performance to land the 3m qualified riders' handicap hurdle.

In the hands of the trainer's son Aaron, Diggin Deep jumped well and improved stylishly from mid-division, staying on well from the final flight to win by three lengths.

The trainer said: "We didn't know what to do after last week, so on Sunday we brought him out and stuck a tongue-tie and blinkers on him, and he worked like he did going to Tramore.

"The race was there for him, Aaron could sit up on him so we crossed our fingers and took our chance."

Read about other high-profile racecourse incidents:

FIRST PUBLISHED 3:34PM, JUN 11 2021
Did you see the horse going out through the wing? I thought to myself that Ambrose must have seen it coming

Confirmed runners and riders for Friday's King George Qatar Stakes Racing League founders insist 'diverse' participants weren't cherry-picked 2021 Sussex Stakes at Goodwood: the runners, the odds, the verdict 'Horses make a fool of you' - Angel Bleu makes quick reappearance a winning one Pyledriver '100 per cent sound' and on course for Juddmonte at York Decision made: superstar mare Honeysuckle set to stay over hurdles this season