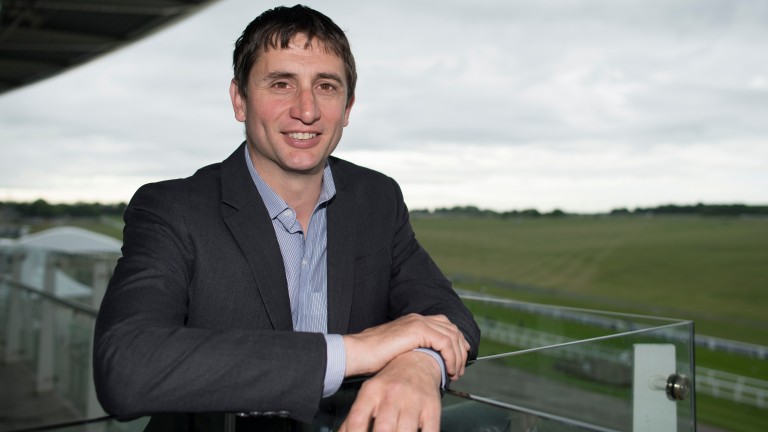 Not many riders can claim their first victory at Epsom was a Derby winner, but that is the position Georgia Dobie finds herself in after landing the Apprentices' Derby on Going Gone.

On her eighth ride at the track, Dobie took up the running on Going Gone turning for home and the pair were soon beyond recall, crossing the line four and three-quarter lengths clear of Byron Flyer.

"He hit the line strong and it's nice to win a race like that," said Dobie. "I had a ride in the race last year when it was run at Nottingham but to do it here at Epsom is really nice. That's my 56th winner and things are going well."

Going Gone, trained in Epsom by Jim Boyle, carried the colours of Paul Taylor and Richard O'Dwyer, who are associated with classy jumpers Lostintranslation, Fiddlerontheroof and Reserve Tank among others.

O'Dwyer said: "I've had horses with Jim for about ten years and that's my first Epsom winner. It's nice to get it in those yellow colours as I've had various syndicates. Going Gone will end up over hurdles at some point. He's still unfurnished and will be a much better four-year-old."

On star staying chaser Lostintranslation, O'Dwyer added: "You won't see him out before Christmas. If he's well we want to go Cheltenham, Aintree and Punchestown in the spring. At home he's extremely well."

Mr McCann earned a wild card entry into next year's Cazoo Derby with a comfortable all-the-way success in the 1m½f conditions race.

Owned by Liverpool footballers Jordan Henderson, Andy Robertson, Trent Alexander-Arnold, James Milner and Alex Oxlade-Chamberlain, as well as former Anfield star Adam Lallana, Mr McCann took full advantage of the absence of 4-5 favourite Goldspur, who was withdrawn after being unruly in the stalls.

"The favourite being withdrawn was very handy," said winning rider Richard Kingscote. "I like him and he has a great attitude. He balanced up very good and is very professional."

The contest offers the winner a free berth in next season's Derby, although as the traditional yearling-entry stage for the Classic was scrapped during the Covid pandemic, there are currently no entries for the 2022 race.

Clerk of the course Andrew Cooper explained: "The 2022 Derby will close next spring because we didn't hold a yearling closing last December, which was a sensible decision at the time.

"As it stands for 2022, there are no entries for the Cazoo Derby. It will be a normal season-of-running early closer, with exact details to be confirmed, but it will very likely close some time in March with a conventional scratching stage, a confirmations stage and a supplementary stage.

"Mr McCann will simply drop straight into the entries and that win saves the owners the initial entry fee."

Asked about prize-money levels for the Derby, Cooper added: "The aspiration would be to get it back to £1.5 million as soon as we possibly can."

Mr McCann was given an opening show of 66-1 by Paddy Power for the Derby.

FIRST PUBLISHED 6:00PM, SEP 26 2021
Going Gone will end up over hurdles at some point. He's still unfurnished and will be a much better four-year-old