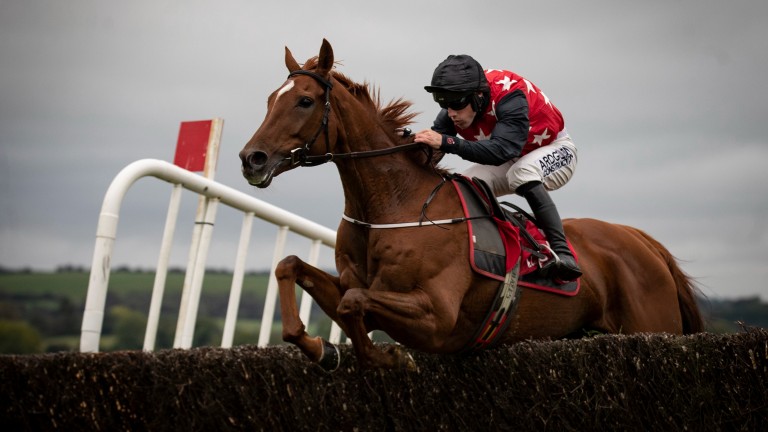 Cape Gentleman: off the mark at first attempt over fences
Patrick McCann (racingpost.com/photos)
1 of 1
By Mark Boylan UPDATED 6:06PM, OCT 14 2021

A heavy first-fence fall for chasing debutant Ballyadam put paid to hopes of an early-season heavyweight clash but classy hurdler Cape Gentleman stepped up to the mark and made a winning start over fences for Emmet Mullins in the 2m1f beginners' chase.

Rated 142 over hurdles, the Dovecote Novices' Hurdle winner and Galway Hurdle third obliged at 7-4 under Brian Hayes after the early departure of the 8-11 favourite.

The winner put in a satisfactory round of jumping and Mullins is now eyeing Graded options after the comfortable victory against two other finishers.

"It was a great starting point for him and it's always a relief to see them do that when they go over fences," said Mullins. 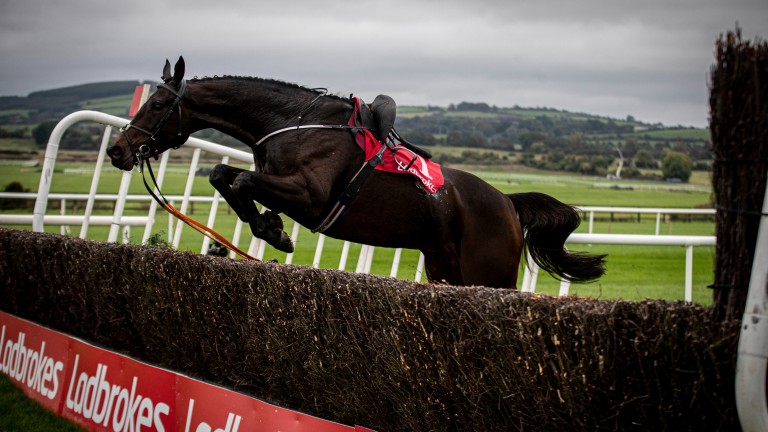 "He made a little novicey mistake at the second-last but it was a good round of jumping. He's a Grade 2 novice hurdle winner and I think he's entitled to go down the Graded route over fences now."

Trainer Ray Cody is considering a tilt at Cheltenham's November meeting for improving three-year-old hurdler Bell Ex One, who made it two wins from three starts over obstacles in the race won by Triumph Hurdle hero Quilixios last year.

Sent off the 4-5 favourite, the mount of in-form conditional Jack Foley followed up his recent Listowel success on good ground that was possibly a shade quicker than ideal.

Long-absent Braganza proves surprise packet as Willie Mullins saddles a treble 'It developed into a complete farce' - All Class comes home alone to land gamble 'He'll come on a hell of a lot for that run' - who is expecting a big display? 'It was some experience' - O'Keeffe delight at partnering Bob Olinger to victory