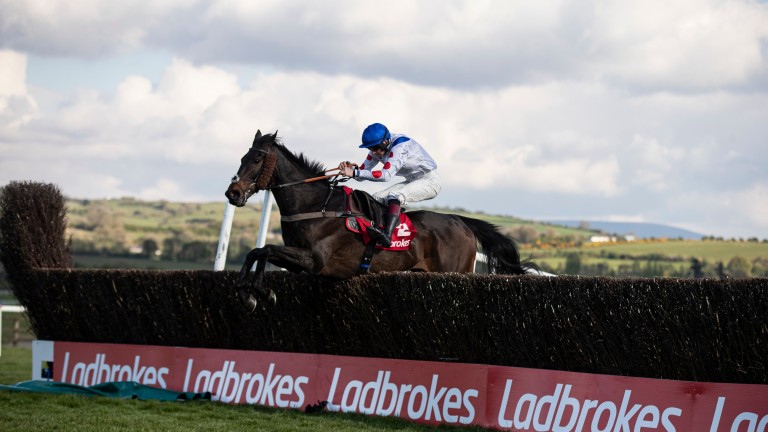 Just when the patient was beginning to flatline, British jump racing’s ECG monitor flickered back into life thanks to a dominant and determined front-running performance from Clan Des Obeaux in the Ladbrokes Punchestown Gold Cup.

At the end of a chastening campaign that has seen its protagonists humbled at both Cheltenham and Aintree, Paul Nicholls summoned the bulldog spirit for which he is renowned by pitching his dual King George VI Chase hero into the lion's den. Fortune favoured the brave, not least because in Sam Twiston-Davies he had an accomplice willing to embrace such a valiant policy.

With Harry Cobden sidelined following the facial injury he sustained at Aintree, two days after guiding Clan Des Obeaux to an emphatic Betway Bowl success, Twiston-Davies was called upon to partner his old ally. Last successful on the nine-year-old when they obliterated the 2019 King George field by 21 lengths, they produced the sort of defiant turn here that the British jumps scene so desperately craved.

Melon set out to make the early running, but by the time they turned into the home straight to face the fifth fence the first time around, Twiston-Davies had assumed control on Clan Des Obeaux. One by one, he duly got them all at it, with Melon the first to fold down the back straight the final time.

Kemboy then began to labour as well, as Fakir D’Oudairies picked up the baton to keep him honest. All the while, Paul Townend was quietly creeping along in their slipstream on Al Boum Photo. Sure enough, it was the dual Gold Cup winner, sent off the 6-4 favourite, who emerged as Clan Des Obeaux’s biggest threat.

However, when Townend needed a big jump two-out, his partner let him down. It was a mistake that put paid to his challenge, as Clan Des Obeaux seized the initiative once again. 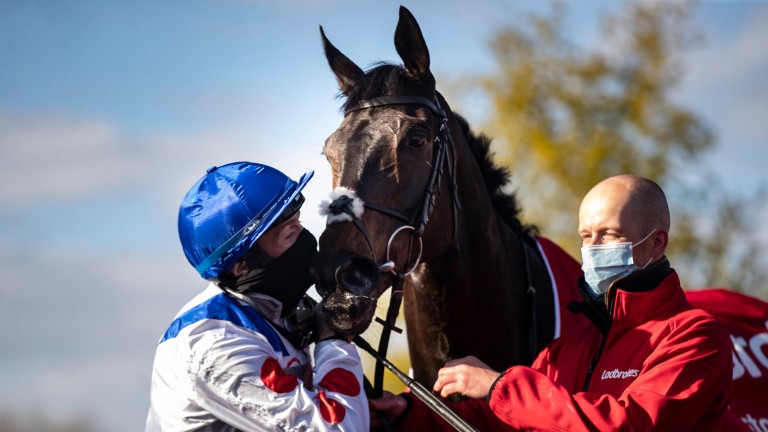 He pinged the final fence and while Al Boum Photo kept on gallantly to get within a length and a half at the line there would be no catching him. Fakir D’Oudairies eventually kept on for third.

It was a timely triumph for the raiding party and surely not the sting of a dying wasp. More like a blow from a wounded lion.

It certainly made for a much-needed fillip which, if not rendering the inquest unnecessary, gives those charged with undertaking the review something to cling to.

The Grade 1 victory, Nicholls' third following Neptune Collonges' successive wins in 2007 and 2008, was Twiston-Davies’ first in Ireland since he landed the Champion Hunters' Chase 12 years earlier.

That was the also the last time Nicholls saddled a Punchestown winner, with Master Minded’s Champion Chase triumph in 2009 his most recent at the festival.

“A Punchestown Gold Cup!” beamed a visibly thrilled Twiston-Davies afterwards. “Sorry, it’s a bit childish but it is the stuff that dreams are made of. To come over here and do it like that, be aggressive everywhere. Fair play to the horse, he was very honest.

“Coming over you are hoping but then it happens. I am just stuck for words and that doesn’t happen very often. I had to be a little bit wary because I didn’t know the track that well and as we were jumping four-out I was thinking, ‘Oh, I’ve been a little bit bold,’ but thank God he is tough and the team had him in great nick.

“You don’t know if you are going a stride quick, but Paul assured me he was very well and he’d keep going. He was going to run in the Bet365 Gold Cup so he told me he wouldn’t stop. 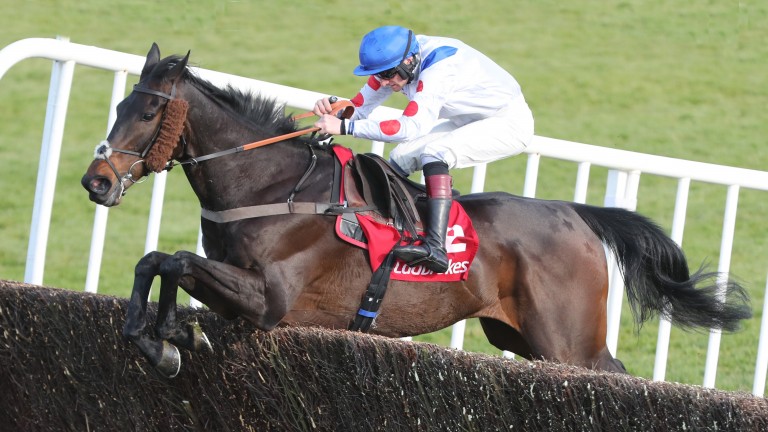 A near footperfect performance from Clan Des Obeaux at Punchestown
Caroline Norris (racingpost.com/photos)

“I remember coming here on Baby Run and being aggressive everywhere and kind of thought, this racing is an easy game – then you realise how hard it is. The nature of this was almost Baby Run-esque.”

Of Cobden’s loss, he added: “It is tough on Harry Cobden because he would normally be sat here and he is a good friend – I know he has my old job but still, you’ve got to love the lad. It’s just very nice that even after everything I have a relationship like this with Paul and all the team, it’s just very special and I can’t thank them enough.”

Coming just 20 days after his Aintree win, it was a particularly commendable effort from the 100-30 shot, who is in the shared ownership of Alex Ferguson, Paul Barber and Ged Mason.

Speaking afterwards, Nicholls’ assistant Harry Derham said of the decision to take on racing's dominant team on home soil: "Straight after the race at Aintree Paul said he'd run well in the Punchestown Gold Cup. We thought a big, galloping, right-handed track would suit him. He came out of Aintree very well which was obviously important.

"It's been an amazing year and numerically our best-ever tally, which is pretty special and we had a great end to the season on Saturday. But I must admit, to win this has topped it all off – it's absolutely incredible."

Al Boum Photo has now failed to win in four Punchestown starts. This was the second time he filled the runner-up berth in this contest but Mullins was not looking for excuses afterwards.

“The winner did it the hard way and it was a very big performance coming back from Aintree,” he said. “I thought our fellow was terrific throughout the race but his jumping let him down over the last two again, like it did in Cheltenham.

"He ran a great race. It is a little disappointing to be beaten, but it was a good performance. It was brave of them to come here and they’ve been rewarded."

In fairness to Sam TD, that is a cracking ride from a fella who doesn’t ride the track often

FIRST PUBLISHED 6:10PM, APR 28 2021
It is tough on Harry Cobden because he would normally be sat here and he is a good friend – I know he has my old job!