The Listed 1m2f Foundation Stakes, which was won by Anna Nerium, was marred by a fatal leg injury suffered by Thundering Blue, a popular stalwart of trainer David Menuisier's local yard.

He won six of his 29 starts for owner Clive Washbourn and finished third to Roaring Lion in a red-hot running of the Group 1 Juddmonte International Stakes at York in 2018.

Thundering Blue took connections around the world, winning a Group 3 in Sweden as well as competing in France, Canada and Japan.

I can’t really describe how painful it is to have to report the loss of our beloved THUNDERING BLUE. He lived his Life like a warrior and fought his last battle bravely too. He will be remembered as the horse of a lifetime and a great friend. We LOVE you forever. @KimJohnstone6 pic.twitter.com/RKyKFItSes

He said: "I'm delighted for Mrs McCreery, who has been absolutely brilliant to me since I've been at Richard Hannon's yard.

"It's nice to see her have horses like this one and Billesdon Brook who throw good races in."

The Lamplighter landed the 6f handicap for trainer George Baker, who reckons he has found the key to the five-year-old.

How the trainer found it might still need some explaining. "He was a horse we thought of a lot as a baby and I think there's been complete trainer error for a number of years," he said. 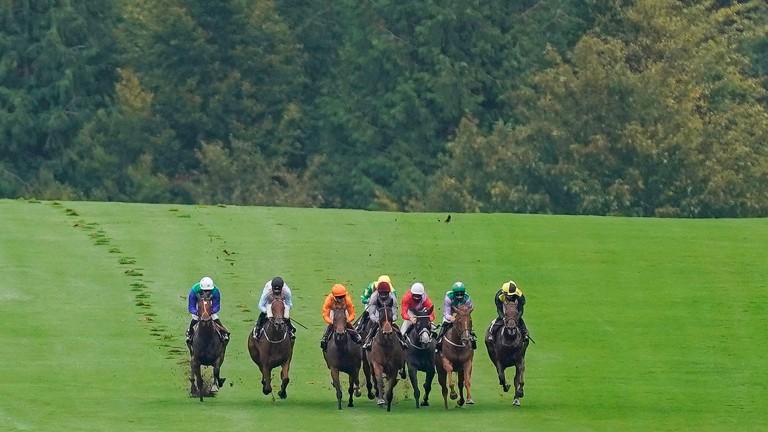 The Lamplighter (black cap) on his way to victory
Getty Images

"He's disappointed and disappointed, but suddenly this year he's become a model of consistency and I never thought I'd put The Lamplighter and consistency in the same sentence. He's been a real star for us.

"He had his quirks in his early days and was sometimes saving a bit for himself. I should pretend I've been very clever and it's all down to superb training, but it's down to a horse who is in a happy place now and that's key."

Doyle gets in on the Act

Godolphin colt Act Of Wisdom has the pedigree and pricetag to be smart and registered his first victory in the 1m2f maiden.

The Charlie Appleby-trained juvenile is by the phenomenal Galileo out of Jacqueline Quest, who crossed the line first in the 1,000 Guineas in 2010 only to be demoted to second. That breeding might explain why he cost 1.1 million guineas as a yearling 12 months ago. 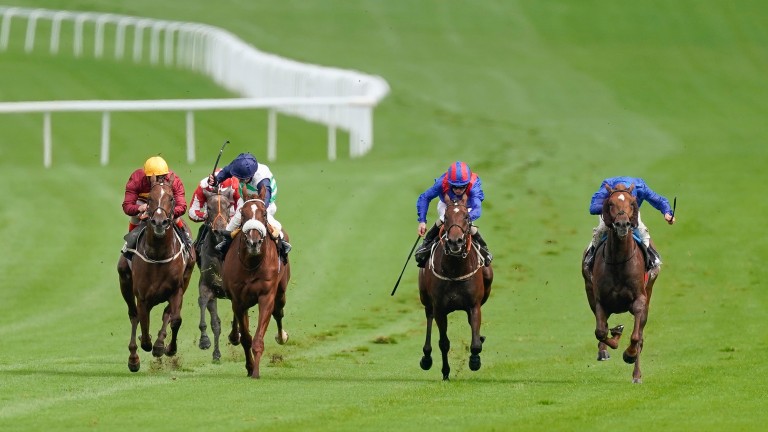 Winning jockey James Doyle said: "He's a horse who has shown us plenty of ability and other days he can get behind the bridle. He's quite a laidback character."

Doyle went on to complete a treble on Hortzadar and Makawee, who justified David O'Meara's decision to send them south from his North Yorkshire base.

FIRST PUBLISHED 6:00PM, SEP 23 2020
He was third in the Juddmonte International when everyone told me I was a loony for supplementing him