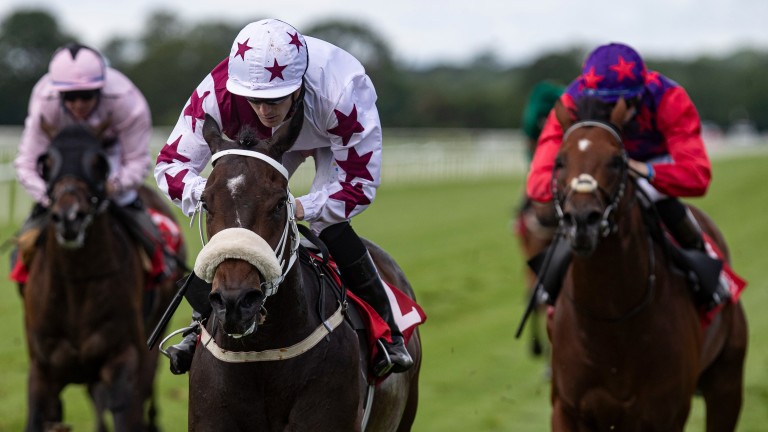 There will not be many better examples of money well spent this season than the 5,000gns forked out for Logo Hunter, who confirmed his place at the top of the Irish sprinting ranks with another dominant display in the Listed Midsummer Sprint Stakes.

The Michael Browne-trained three-year-old, who has improved from a mark of 85 to 113 in the space of eight weeks, struck as the 8-11 favourite under Billy Lee, deputising for the suspended Seamie Heffernan.

The winning rider said: "He picked up and went on to win his race and I think he's just starting to get a bit cute as he was a bit idle in the last half furlong. He loves to get competitive and is obviously on the up. He's a good horse." 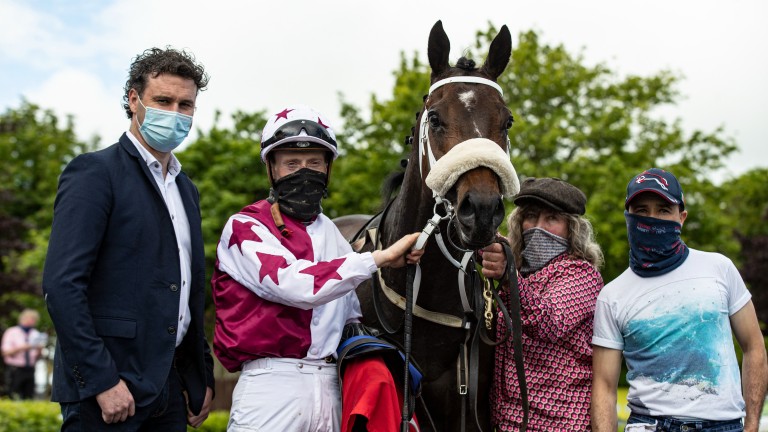 Billy Lee on Logo Hunter: "He loves to get competitive and is obviously on the up"
Patrick McCann (racingpost.com/photos)

With owners permitted to return to the racecourse this week, the man behind Logo Hunter's maroon and white silks Patrick Moyles was able to see his sprinting star running in the flesh for the first time this season.

"There was loads of interest and loads of offers but nothing right yet," he said of a potential sale that had been mooted after Logo Hunter's previous win.

"Maybe there will be after this, although we've looked at a few Group races for him. He'll go for the Group 2 Sapphire Stakes at the Curragh in a month. He's very exciting."

Ger Lyons and Colin Keane registered their second Munster Oaks success in three years as the progressive Thunder Kiss produced a career-best effort to score at 3-1, building on last month's second in the Blue Wind Stakes. 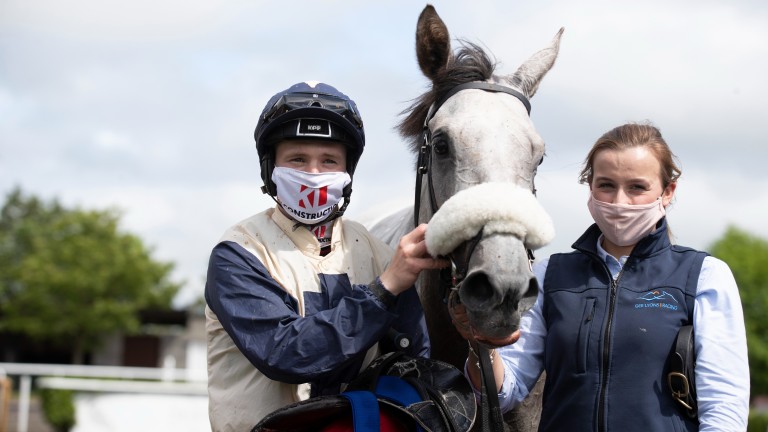 Shane Lyons, representing the team who sent out Who's Steph to win the same Group 3 in 2019, said: "We're delighted for Maurice Regan and all the team at Newtown Anner Stud.

"It was most important that she win a black type race, which we knew she would do this season. She's not in the Irish St Leger but all those Cup races could suit her. We'll get home and make a plan."

Richard O'Brien has done an excellent job this season with useful handicapper Morph Speed and recorded the second premier handicap success of his training career in the Cork Derby. 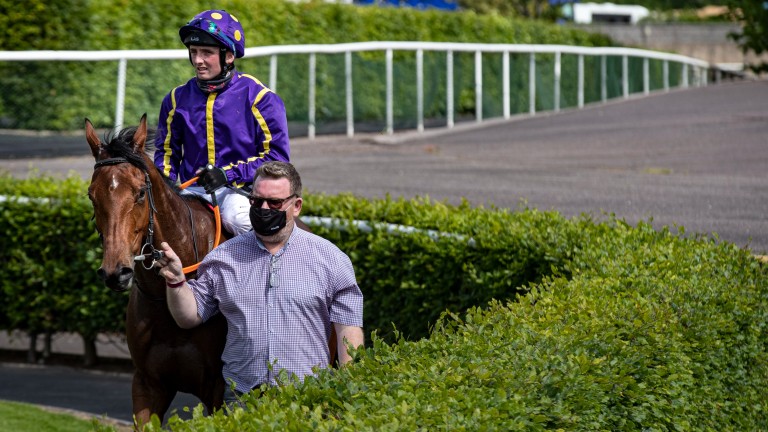 "It's a massive deal for us to win a race like this," said O'Brien of the 7-2 joint-favourite, ridden to victory by Chris Hayes

"There's been plenty of interest in him to go abroad and I might have had my fun but I've been delighted to have him and get three wins out of him."

Alexander off the mark

Jessica Harrington had been drawing a blank with her two-year-olds until recently but sent out her second juvenile winner in the last ten days thanks to a game display from well-bred Starspangledbanner filly Impeachd Alexander.

The mount of Shane Foley shaped encouragingly when a green fifth on debut last month and showed a healthy level of progression to strike at the second attempt.

FIRST PUBLISHED 5:55PM, JUN 9 2021
He'll go for the Group 2 Sapphire Stakes in the Curragh in a month. He's very exciting