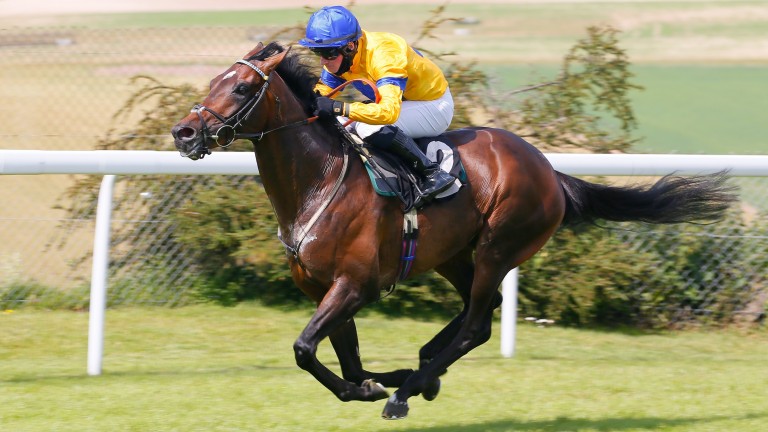 If you asked 100 people to name the brightest young training prospect in Britain, it's a good bet the majority would go for Archie Watson, who has had a fantastic start to his career on the Flat and was desperately unlucky not to win a Group 1 with Dragon Symbol last year.

Watson suffered a blow when losing Dragon Symbol, who has joined Roger Varian, from his yard last week, but that will probably prove only a bump in the road for the ascendant trainer.

Most of his success has come with sprinters and I'm not just thinking Dragon Symbol. Let's not forget about Soldier's Call and Glen Shiel, who did get the stable a Group 1 in 2020.

However, if you want to make money backing Watson's runners then forget about sprinting. In fact, forget about Flat racing altogether because the value lies with his runners over jumps.

Watson has 11 winners from 40 runners in hurdles and chases in Britain. That's an impressive 28 per cent strike-rate and his impact value with jumpers is 2.5. More pertinent is the fact they have been underestimated in the market and a £1 bet on each would have yielded a profit of £42.90.

Stag Horn was the latest to strike for the trainer over jumps when justifying 4-5 favouritism in a 16-runner novice hurdle at Hereford before Christmas and, while he needs to step up on that form to win this, he is certainly entitled to his chance. He is a 103-rated Flat horse.

If you'd rather stick with the jumps trainers, Nicky Henderson and Dan Skelton are the pair to concentrate on. They have won three of the last ten runnings from just nine representatives between them. Skelton saddles Viva Lavilla and Henderson has Surrey Quest.

The final word goes to Party Business, who fell when holding second in the Challow Novices' Hurdle last time. However, backing hurdlers who fell in a hurdle on their previous start has been a quick way to the poor house. Since 2016, a £1 bet on all of them would have lost £999.91.
Race analysis by Graeme Rodway

'He's earned a crack at something decent'

Surrey Quest leaps up to Graded company after making an impressive start to his hurdling career.

The five-year-old made it two out of two over hurdles for Nicky Henderson last month when cruising home by seven lengths over 2m3½f at Doncaster.

That has elevated him to favouritism for this 2m5f Grade 2 contest, which Henderson believes will be a good indicator of Surrey Quest's ability. 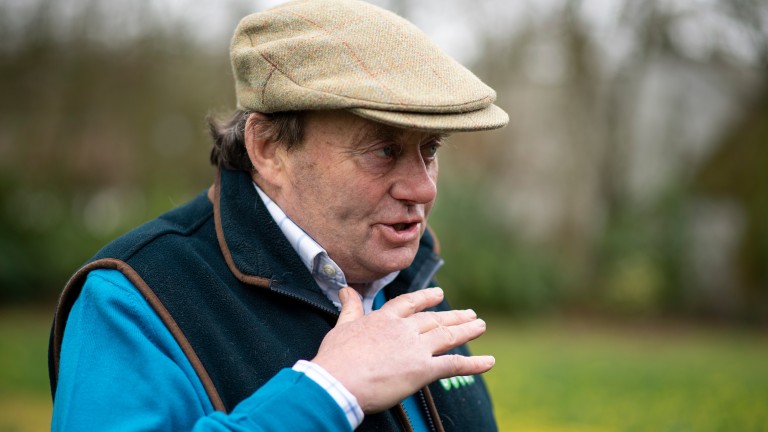 "I thought he was impressive at Doncaster," the trainer said. "He's a fine, big horse and handles soft ground, so this will be a good trip for him.

"He's still quite green and has got a bit to learn but he deserves his spot in this race. He has won both his hurdle races well and he's earned a crack at something decent like this to see where he belongs."

Stuart Edmunds, trainer of Gentleman At Arms
We were pleased last time and think he's a nice horse. I just hope I haven't gone in a bit deep with him. The trip and the ground will be fine, so we're hopeful.

Evan Williams, trainer of Howdyalikemenow
He's got a fair bit to find at the weights but in the novices that can sometimes not be as insurmountable as people think. He's got handicap form, which is a help, and it looked like all he did was stay last time at Ffos Las. It's a massive rise in class but we thought he'd earned his right to take a chance.

Ian Williams, trainer of Party Business
He doesn't seem any the worse for his fall at Newbury when running a sound race behind Stage Star. While he'll need to improve from his run at Ascot it looked likely he was going to do that last time before he fell. We were expecting a decent run from him that day and we're delighted he didn't cause himself any injury.

Tom Lacey, trainer of Scipion
His run at Leicester has worked out well, with the winner finishing second in the Tolworth and the third winning back over fences. He wants soft ground and, while on paper he's got a bit to find, we'd like to think he'll improve for the experience.

Dan Skelton, trainer of Viva Lavilla
He was second in a Grade 2 last time and the third has won since. He'll be suited by conditions and we've given him a nice break.
Reporting by Catherine Macrae

One trainer, one jockey, one horse and one race to watch on Saturday Shishkin triumph was redemption for Nicky Henderson - and Lambourn loved it 'Public sales are a fairground' - trainer frustrated after claiming £16k winner 'An absolute gem of a contest' - Leighton Aspell with his big-race verdict Shishkin is triumphant on a day when it was good to have shares in goosebumps Clarence House analysis: start was crucial in giving us the contest we craved