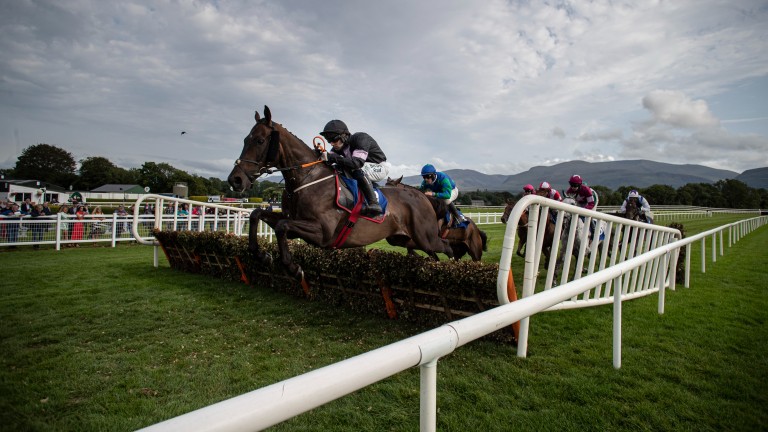 There surely won't be anything like the Irish dominance we saw at the Cheltenham Festival in March over the next two days, but Gordon Elliott, John McConnell and Eugene O'Sullivan supply a strong challenge from Ireland as racing returns to Prestbury Park on Friday.

Calagogo seeks a fourth win on the bounce for Elliott in the 3m novice hurdle (3.05), while McConnell is optimistic that Bardenstown Lad can produce a bold bid in the race the trainer won last year with subsequent Albert Bartlett third Streets Of Doyen.

"I think Calagogo will really like the trip, he seems to stay well," said Elliott. "He isn't overly flashy so you never know where the ceiling could be for a horse like him."

McConnell added: "It looks like the distance will be right up Bardenstown Lad's street. He ran well last time and that form has been franked since so hopefully he'll run a big race." 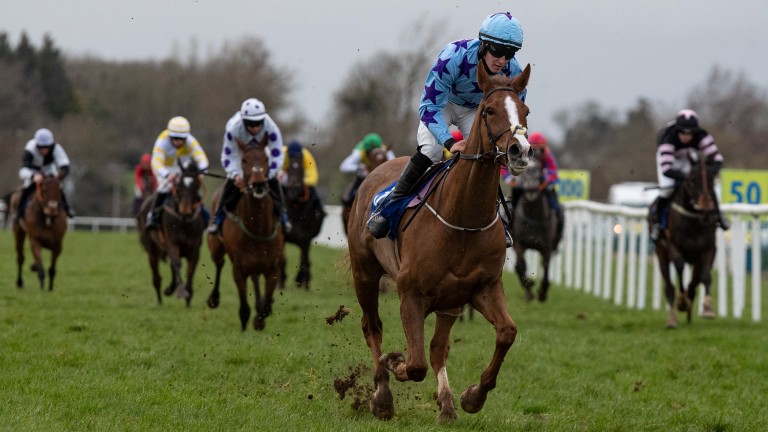 John McConnell on Bardenstown Lad: "It looks like the distance will be right up his street"
Patrick McCann (racingpost.com/photos)

There may only be five runners in the 2m novice chase (2.30), but the likes of Third Time Lucki, Fidelio Vallis and Any News ensure a fair deal of quality for the home team.

"He's had three good runs over fences," said Elliott. "I think that experience will be a help to him here."

McConnell and Elliott both have chances of taking home the concluding 2m½f maiden hurdle (5.25), a race won in recent years by the likes of Heaven Help Us, Thomas Darby and Slate House.

Elliott said of the consistent Top Bandit: "He was third on his first start over hurdles at Limerick last time and built up some nice experience in bumpers."

McConnell added of dual-purpose performer Wild Shot: "He got stuck in the soft ground last time but the best of his maiden hurdle form would give him a chance." 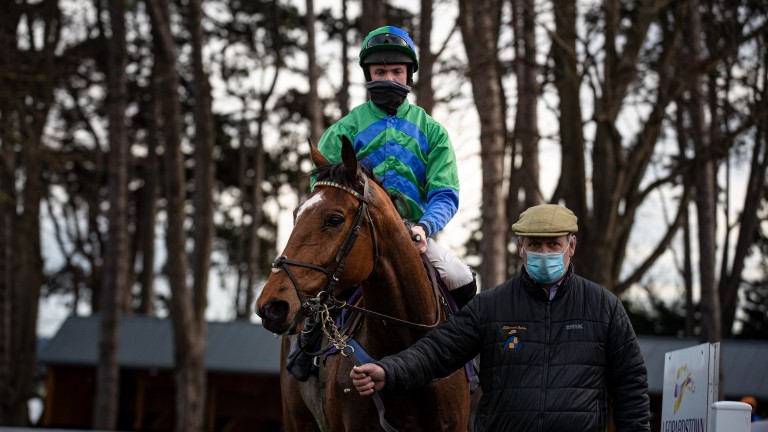 "Carnet De Stage won well last time and the trip won't inconvenience him," said O'Sullivan. "He should travel well and hopefully he'll get up the hill. He's got youth on his side."

He added: "Maxine [O'Sullivan, rider] felt Super Citizen was a bit unlucky not to be third last time. An effort like that entitles him to be here."

Leading Irish amateur Derek O'Connor is among those making the journey to the Cotswolds, partnering Marquis Of Carabas - a horse he rode in two point-to-points back in 2014 - on his first start for Fergal O'Brien after a 900-day absence.

O'Brien said: "We've done as much as we can with him so hopefully he's fit enough to do himself justice. The handicapper has given him a chance."

1.55 Cheltenham: 'He has every chance' - in-form Hobbs confident in Persian War winner Camprond

4.15 Cheltenham: Can the Irish carry off another big Cheltenham handicap prize?

FIRST PUBLISHED 6:00PM, OCT 21 2021
He isn't overly flashy so you never know where the ceiling could be for a horse like him