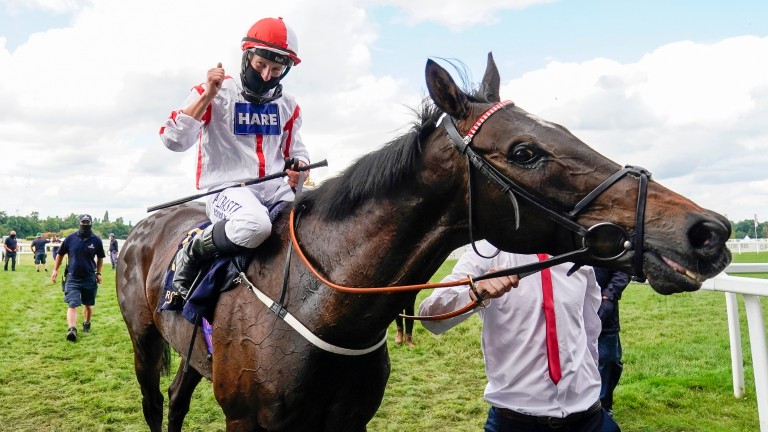 Who Dares Wins, winner of last year's Queen Alexandra Stakes and 2019 Northumberland Plate, heads the weights for a competitive 0-105 staying handicap which will divide punters. Do you want to opt for experience or handicapping leniency?

Rarely do you see victors of the Royal Ascot contest compete on the Flat through the winter, especially given this nine-year-old is capable of mixing it over jumps, but trainer Alan King must believe this is a good spot for him to make his Polytrack debut. With question marks about the surface, the likely slow gallop and his recent form, it may be a stiff ask, although his class is apparent.

Instead, the market will probably shape around the 101-rated Rock Eagle, who represents prolific duo Ralph Beckett and Richard Kingscote.

Unexposed for his age with just ten runs on the board, Rock Eagle puts his unblemished all-weather record on the line after defying course characteristics when closing powerfully up the inside at this track when last seen.

The strong traveller shaped as if there was far more in the locker, especially given he challenged on the deeper part of the track, and in a few months' time we may look back on this race and realise he's a Group performer in handicap company.

The same could be said for Amtiyaz, who sneaks into the bottom of the weights off a good mark of 87 and gets a handy 5lb allowance from his elders.

With hotshot rider Hollie Doyle and John Gosden teaming up, value is likely to be thin on the ground as the bookies take a conservative approach. But given his progressive profile, notable turn of foot and untapped potential at the trip, labelling him as anything other than the most likely winner may be foolish.
Analysis by Tom Collins

Henry Ponsonby, owner of Who Dares Wins
He's still quite high in the handicap and is giving weight all round, so it won't be easy. If they go a good pace it will help him.

Cosmo Charlton, racing manager to Hambleton Racing, owners of Outbox
He's a new horse to us and [trainer] Archie Watson says he has settled in well. Looking at his form, we'd probably rather start him off over a mile and six furlongs, but this will tell us where we are with him.

Roger Charlton, trainer of True Destiny
He's not been easy to win with but has been pretty consistent on the whole. Hopefully the first-time cheekpieces will give him an edge. He would have an each-way chance in what looks a competitive race.

Hollie Doyle, rider of Amtiyaz
I couldn't ride him last time but he looked as if he stayed this trip that day when he was a bit unlucky. He's at the right end of the handicap and should hopefully run another good race.
Reporting by David Milnes

FIRST PUBLISHED 6:00PM, JAN 5 2021
Hopefully the first-time cheekpieces will give him an edge

Dubai option not ruled out for Saudi Cup winner Mishriff