'He's won two, so why not go for another?' - Classic Chase news and views 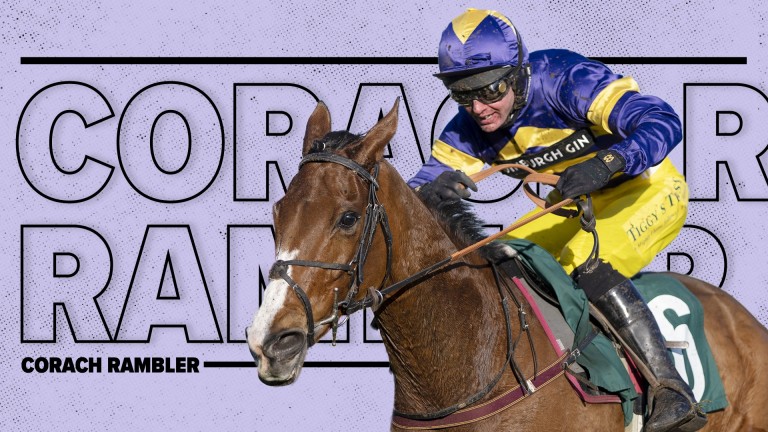 In Grade 1-winning novice chaser Edwardstone, Tom Cannon has had a taste of the big time recently, but jockeys tend to be a hungry bunch and the rider's appetite might not even be satisfied if he secures back-to-back wins in the Classic Chase on Notachance.

The 30-year-old jockey, who last month won Sandown's Henry VIII Novices' Chase on stablemate Edwardstone, said: "Getting the Grade 1 was not really like getting a monkey off my back as I had not ridden in many Grade 1 races.

Cannon did not need to do anything differently on Notachance last year and the Alan King-trained eight-year-old is back for more, and has returned to that last winning mark.

"He went to Newcastle first time out this season and was probably always going to need the run, but he showed a bit more at Haydock last time," he said.

"This has been the plan since the start of the season. It was nice that he showed that bit more at Haydock the last day and hopefully he is coming to the boil nicely.

"He is back off his mark of 139 that he won the race off last year and I'm expecting a decent run out of him."

Lucinda Russell, trainer of Corach Rambler
He did idle in front and hang at Cheltenham last time but I don't care, they can do that all they want if they win races. I think he'll enjoy the track, it will keep his interest. I love Warwick, it's a good jumping track. It's such a good prize, he's won two, so why not go for another? Although he's got top weight [11st 12lb] he deserves to be there and if he can improve a bit for the step up in trip it will open more doors.

Venetia Williams, trainer of Achille
He was a fine fourth in the Welsh National last time and was second in this race last year. Even though he's 12, he's still running competitively and I hope he's got a chance.

Philip Hobbs, trainer of Jerrysback
He ran well at Ascot last time when things didn't go well for him throughout the race. We hope he can improve on that at Warwick.

Neil Mulholland, trainer of Chirico Vallis
He won at Chepstow a couple of starts ago and he was unfortunate to get kicked out at the start at Doncaster last time. He's stepping up in class and in trip, but he will give it a good go I think.

Dan Skelton, trainer of Padleyourowncanoe
He ran nicely over hurdles on his first start and has progressed well at home.

Harry Derham assistant trainer to Paul Nicholls, trainer of Grace A Vous Enki
It's a bit of a shot in the dark with him really as we don't know whether he's well handicapped or badly handicapped. It's a race that should suit him though and the extreme trip will be to his liking.

Evan Williams, trainer of No Rematch
We always saw him as a staying type of horse. He wants proper soft ground horse and wouldn't want the ground to dry too much, but I think he's a horse that the further he goes the more it will help him. I don't have any issue with the trip whatsoever.

Look for heavy-ground specialists or 'swimmers' in Surrey National 'Kim would have loved it' - Colin Tizzard to give grandson debut ride on Sunday What next for Sporting John? Hobbs mulls festival options for Warwick winner Ultima and bet365 Gold Cup among spring targets for Corach Rambler 'There is no better feeling' - relentless Stag Horn delights Scholfield 'I was able to dictate' - Eclair Surf routs Classic Chase field for Bellamy