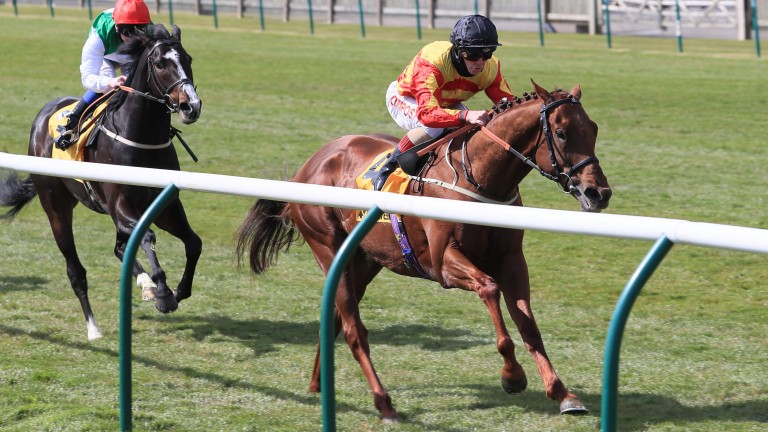 Mark Johnston might have known his destiny was to train racehorses at the age of 14, but that did not stop him spending three years as a vet – experience that no doubt came in handy when readying Sir Ron Priestley for his return to action this year.

A classy three-year-old who finished second in the 2019 St Leger, the son of Australia then had 571 days off with injury problems before a winning comeback at Nottingham last month.

That was followed by a polished effort in Newmarket's Jockey Club Stakes two weeks ago, and Johnston said: "It's been very satisfying getting Sir Ron Priestley back in such good form after missing last year. The races he's won this spring at Nottingham and Newmarket weren't St Legers, but at the same time he's given the impression he's in the form of his life and he's certainly rated higher than ever.

"He had a suspensory injury, and any tendon or ligament injury is a concern as they can always flare back up again, but it looks really good. He had quite a long time off and then when he was coming back he had a pelvic fracture, which is very common with horses coming back from a long layoff, but that's of no concern now." 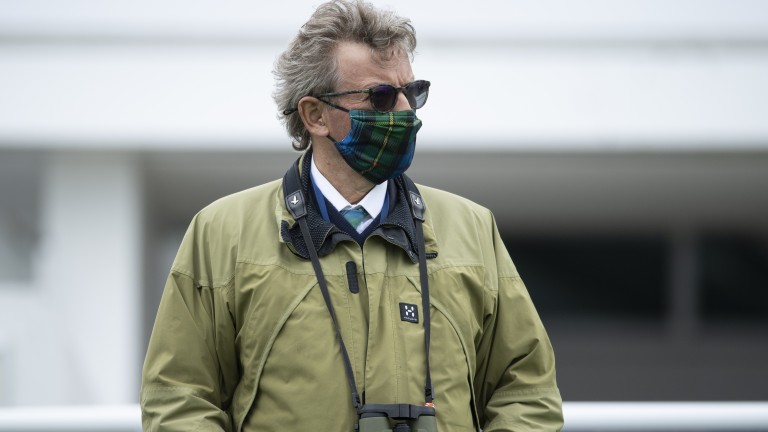 Johnston won the Yorkshire Cup – a Qipco British Champions Series race – with Zindabad in 2002, and this could be a stepping stone to the Hardwicke Stakes at Royal Ascot for Sir Ron Priestley.

"As a three-year-old he was always working like a distance horse, and his last run was in the St Leger, but it's great to see him demonstrating so much speed now," added Johnston, who also runs consistent stayer Nayef Road.

"Nayef Road is in good enough form, too, and ran really well in the Sagaro Stakes at Ascot," he said. "Like Dee Ex Bee before him he would have a lot more to show for his efforts if it wasn't for Stradivarius, as they both finished second to him in the Gold Cup and the Goodwood Cup."

Barry Irwin, founder and chief executive of Team Valor, co-owner of Spanish Mission
I've spoken to Andrew Balding, who thinks the horse is in very good condition and he's expecting a good run. He ran a good race in Saudi Arabia in February, but then went to Meydan and it's now twice he's run bad races there – he seems adrift and not to get a hold of it there. He was in a good position and then fell back, then came on a bit and then fell back, which isn't him and we're willing to throw that race out. I think the double ship might have been a problem too; we brought him to Saudi then took him home and then back to Dubai. We want to run in the Gold Cup at Royal Ascot and need a prep which is the purpose of this race.

Aidan O'Brien, trainer of Santiago
He's in good form. He was very fresh on his comeback but has been in good form since so we're ready to go again.

Tim Easterby, trainer of Wells Farhh Go
He struck into both of his heels and got a crack down a hoof in the Cumberland Lodge at Ascot two years ago. We were going to run him towards the end of last year, but he wasn't quite ready and so we didn't bother. My son William rides him out every day and he's fresh and well and in very good form, but I wouldn't want it to dry up much more – he likes softish ground really.

1.40 York: Experience could be crucial as juveniles clash in Listed Marygate Stakes

2.10 York: Can highly regarded Snow Lantern live up to her breeding and justify big hype?

4.30 Leopardstown: 'If my horse turns up, I wouldn't be afraid of any of them' - Saval Beg views

FIRST PUBLISHED 6:00PM, MAY 13 2021
He ran a good race in Saudi Arabia in February, but then went to Meydan and it's now twice he's run bad races there