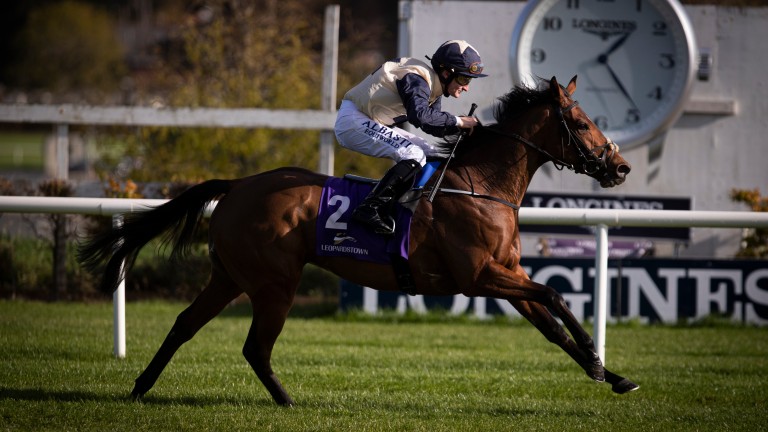 Jessica Harrington's Celestial Object has been knocking on the door in black type company and this could prove to be the perfect opportunity for her to make the breakthrough at Listed level.

She bumped into a high-class operator in the shape of Know It All in Group 3 company at Leopardstown this month before being gunned down late on by Winter's sister Lovelier in the Listed Cairn Rouge Stakes a fortnight ago, two solid efforts that give her leading claims here.

A Galileo filly out of triple Group 1-winning Australian sprinter Sea Siren, she showed an aptitude for testing ground when winning at Leopardstown last October and that should stand her in good stead here, with a lovely draw in stall five. 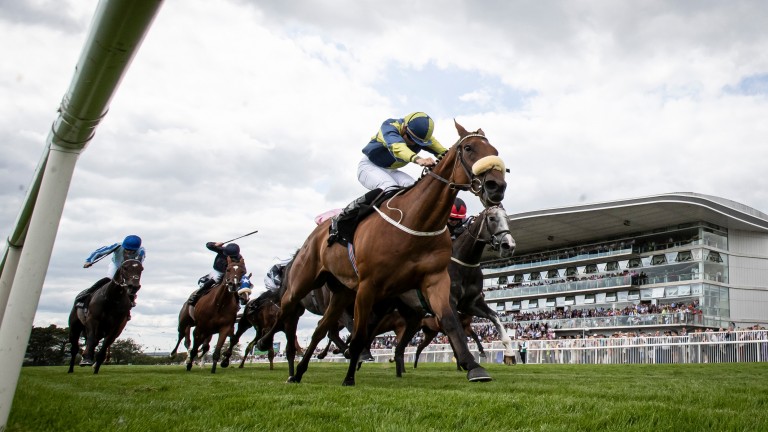 Surrounding: bid for back-to-back wins in the Corrib Fillies Stakes could be in doubt over soft ground
Patrick McCann

The thoroughly likeable Surrounding is out to make it back-to-back wins in the race, but her draw (15) is nowhere near as helpful as last year's starting position and there is a doubt over whether she will run on the rain-softened ground.

Mick Halford's rock-solid seven-year-old, who put up an admirable showing when third to Romanised in the Group 2 Minstrel Stakes ten days ago, was drawn in stall one when scoring as 2-1 favourite 12 months ago but is in stall 15 this time around.

The Listed prize was first run in 2012 and Dermot Weld's form figures in the race read 21226512 – he is never far away from hitting the target.

This time around he relies on last year's runner-up Titanium Sky, fitted with a tongue-tie for the first time. 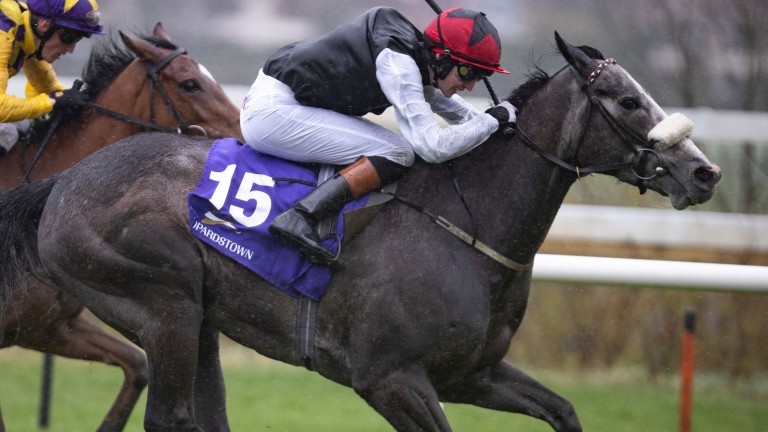 Titanium Sky: will bid to go one better than her effort in this race last year
Patrick McCann

Rated 90, she needs to improve on her recent form but clearly handles the track and enjoys an ease in the ground.

The in-form Johnny Murtagh recorded his first Galway festival winner as a trainer in this race with Dalkova back in 2014 and it would be dangerous to overlook his recent Curragh handicap scorer Champers Elysees, who could well have more to come.

Mick Halford, trainer of Surrounding
We'd love to run her but there'd have to be a major doubt about her running after the rain that has fallen. When we declared it her it was yielding but it's got softer since and we know she doesn't like soft ground. She's an amazingly consistent filly and ran a great race last time but we have to think about her long-term future, she's been so good to us. We'll make a final decision in the morning.

Joseph O'Brien, trainer of Crotchet, A New Dawn, Chrysalism and Unforgetable
Crotchet ran very well last time in the Kilboy Estate Stakes at the Curragh but the draw hasn't been kind to her. Hopefully she can run well. A New Dawn has form on slow ground, isn't badly drawn and should be suited by the stiff seven furlongs so hopefully we can pick up more black type with her. Chrysalism has a good draw and won't mind soft ground. She hasn't got black type yet so we'd love it if she could pick up some. Unforgetable is in good form and we're hopeful she can run well but the ground would be a bit of a worry. 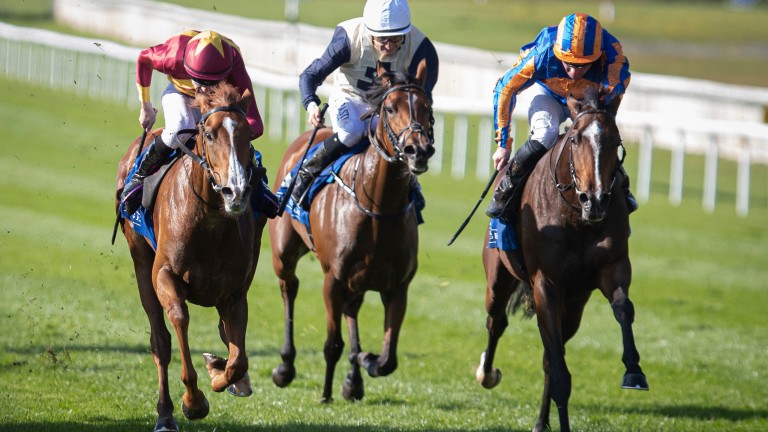 Dermot Weld, trainer of Titanium Sky
She seems to run well around Galway and ran a cracking race to finish second in this last year. She's in good form and we're happy for her to take her chance.

Jessica Harrington, trainer of Celestial Object and Between Hills
It'd be great if Celestial Object could get her head in front as she's been running very well lately without winning. The drop to seven furlongs probably isn't ideal for her but the stiff finish and ground should help her. The ground will suit Between Hills as well and we're running her in cheekpieces for the first time.

Aidan O'Brien, trainer of Precious Moments
We were happy with her run at Naas last week and felt another furlong would be fine for her. We're hopeful she can run well. She has form on ground with an ease in it.

FIRST PUBLISHED 6:00PM, JUL 27 2020
It'd be great if Celestial Object could get her head in front as she's been running very well lately without winning

Champers set to bring a sparkling result for Chris and Tara Armstrong You could have fitted Pat Smullen's ego in an eggcup, it was never about him 'Pat was an incredible man, irreplaceable' - Aidan O'Brien on racing's big loss Delight for Jessica Harrington's stable staff as Malaysian gets off the mark De Bromhead colt among glut of potential winners at Dundalk trials 'Pat was the professional's professional' - Dermot Weld hails trusted partner