Why Keith Dalgleish's prolific stayer might struggle to land another success 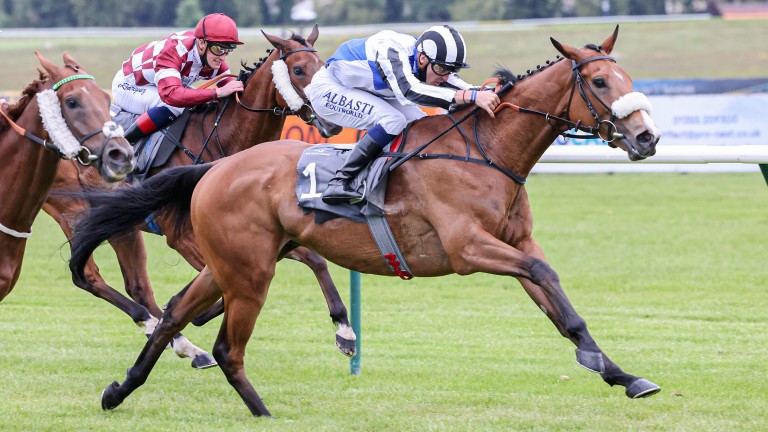 Let Me Be seeking seventh win of the year in the Sky Bet Sunday Series Stayers Handicap
GROSSICK (racingpost.com/photos)
1 of 1
By Keith Melrose and Stuart Riley 6:00PM, JUL 24 2021

With six wins from eight runs, Let Me Be has been one of the most prolific Flat horses on the turf in Britain this year. It all started with a course-and-distance win on the last day in April, but less than three months on it is suspected he might find this race happening a little too quickly for him.

That might sound illogical, but there is one big difference between then and now: Let Me Be is 33lb higher in the handicap. He is a doughty stayer whose subsequent wins have been over 2m, 2m, 1m7f, 2m2f and 2m. He was also done for tactical speed by the reopposing Red Missile in his last race over 1m6f at this track a month ago.

Let Me Be might win again, but he needs the sort of test at this trip that only comes up in a minority of cases. Most races in Britain – but staying races in particular – are unevenly run and progressive horses can use that to their advantage. Wise Eagle is one such example.

Wise Eagle has won five races in 2021 himself, one of them a jumpers' bumper. His most recent win came over course and distance and he has since been a neck second at Ayr. Both races were marked by particularly fast-finishing sectionals, implying a slow early pace that usually struggles to space out the finishers. In these circumstances, winners sometimes cannot put the sort of distance into their rivals that invites the BHA handicapper to raise them in line with their improvement. 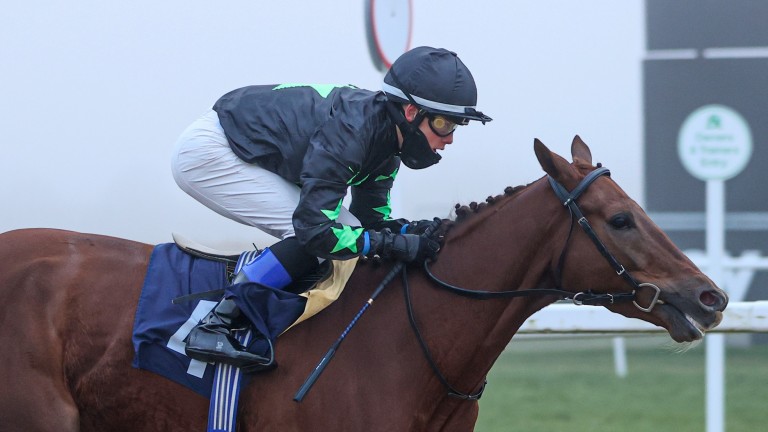 Hint Of Stars: Needs to progress to win on Sunday
GROSSICK (racingpost.com/photos)

For the flipside, look at Hint Of Stars. He ran much more evenly at Yarmouth last time when he came home five lengths in front and has gone up 8lb. He is three from four this year, but he will undoubtedly have to progress to win again.

Meanwhile, runners like Wise Eagle keep playing the slow game with handicappers. A horse's rate of improvement need not be measured by great leaps in its BHA rating.
Race analysis by Keith Melrose

Kevin Philippart De Foy, trainer of Hint Of Stars
He's is in very good form and will enjoy the step up in trip to a mile and six. I hope the weather stays dry up north because he'll enjoy the fast ground. It's a competitive handicap but he's very versatile so I hope he runs a good race.

Adam Nicol, trainer of Wise Eagle
He's a course-and-distance winner. We had him in at Catterick a month ago but pulled him out. He does handle the soft ground but we thought it might knock the edge off him and we've had this race in mind for seven weeks. His best ground is good to firm, so the quicker the better really.

Mike Smith, trainer of Glasses Up
He's coming down the handicap and is off a nice mark so should go close.

Lucinda Russell, trainer of Red Missile
His win a few weeks ago showed he stays the trip really well. It was an enterprising ride that day from Shane Gray, who is back on again, but I don't suppose we'll get away with the same tactics. It's a really good prize so we're delighted to be going for it and Musselburgh is the perfect track for him.

Dianne Sayer, trainer of The Navigator
He's been running sound races but the handicapper isn't giving him any help, which is disappointing as he keeps getting beat. He's in good health and it's good prize-money.

Jim Goldie, trainer of Sarvi
She's never won on the Flat around there but has won over hurdles. If it's an honest gallop I think she'll run well. Her form's quite good, her second around there with Joe Fanning on was excellent, and she's well handicapped. Any juice in the ground would help. She's in good nick and she'll be thereabouts.
Reporting by Stuart Riley

FIRST PUBLISHED 6:00PM, JUL 24 2021
He does handle the soft ground but we thought it might knock the edge off him and we've had this race in mind for seven weeks