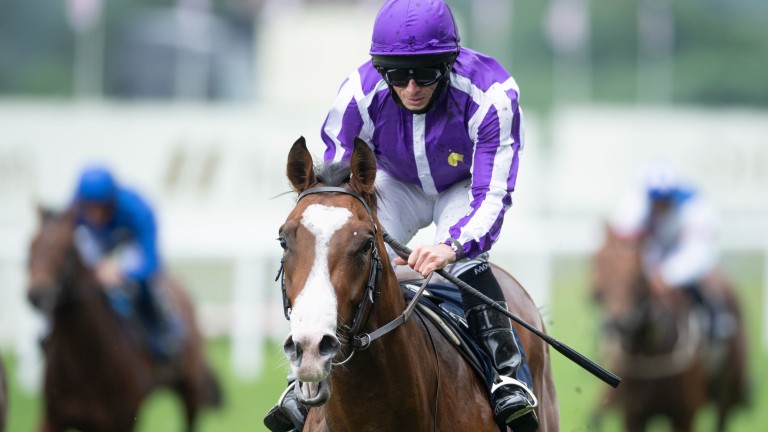 Aidan O'Brien will bid for an eighth straight victory in the Tyros Stakes – won by subsequent Classic winners Gleneagles, Churchill and Anthony Van Dyck – when Point Lonsdale lines up at Leopardstown on Thursday.

The son of Australia looks set to go off a short price after running out an impressive winner of the Chesham Stakes at Royal Ascot last month.

"Point Lonsdale has been very well since Ascot. We were delighted with him in the Chesham," O'Brien said.

"We have always liked him a lot and he only got out to run before Ascot and, while he was a bit green in the Chesham, he did it well."

It was the O'Brien show at the Curragh on Sunday, with Aidan winning three races and his son Joseph landing a further two on the afternoon.

O'Brien could pose the main threat to his father's likely short-price favourite with Maritime Wings, while Joseph's brother Donnacha pitches in with recent Naas winner Unconquerable to make it an intriguing family affair. 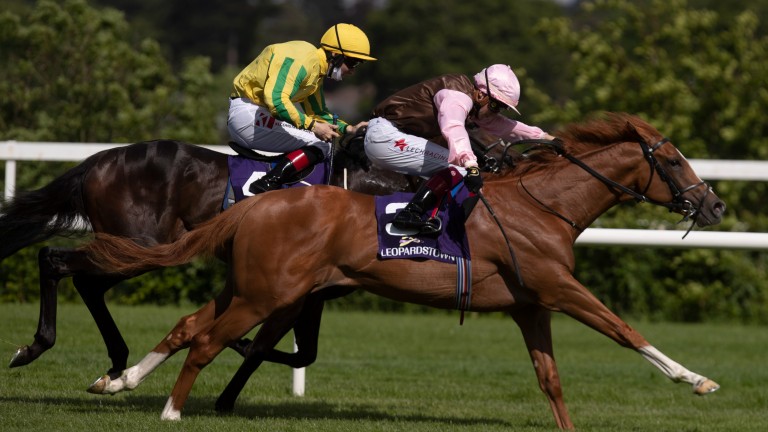 Speaking about his runner, Joseph O'Brien said: "Maritime Wings did it very nicely over the course and distance on debut and we are looking forward to seeing how he handles this step up in class. It looks a good race but we are very happy with him."

On Unconquerable, Donnacha O'Brien said: "Point Lonsdale looks like he will be hard to beat, but Unconquerable is improving and I think cheekpieces will help him. Hopefully he can run well."

The five-runner field is completed by the Johnny Murtagh-trained Chicago Soldier and Gabbys Girl for the yard of Tom Mullins, the sole filly in the line-up.

Also on the card is the Group 3 Silver Flash Stakes (5.00) where the Aidan O'Brien-trained Prettiest sets a good standard. A winner of her maiden at Navan, Prettiest ran a solid fourth in the Albany and could be interesting stepping up to seven furlongs for the first time.

O'Brien said: "Prettiest is well. She ran nicely at Ascot in the Albany and is stepping up in trip now. We didn't think stepping up to seven furlongs would be a problem for her so we're looking forward to seeing how she gets on." 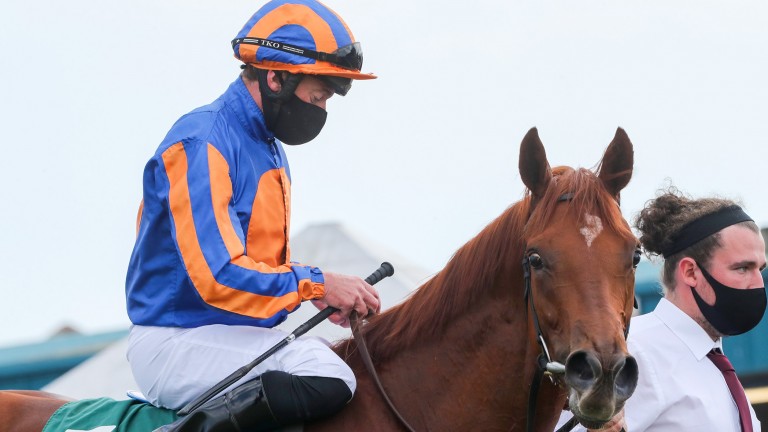 Prettiest: daughter of Dubawi and Alice Springs was fourth in the Albany at Royal Ascot
CAROLINE NORRIS

Joseph is double-handed in his attempt to thwart Prettiest with his duo headed by recent Gowran winner Seisai, although the maiden Agartha has experience on her side.

Speaking about the pair, he said: "Both fillies are in good form. Seisai won well at Gowran Park while Agartha has some good form under her belt. We are hoping to pick up black-type with the two of them."

The field is completed by Juddmonte's Juncture for the yard of Ger Lyons and the Jessica Harrington-trained Sablonne.

FIRST PUBLISHED 6:00PM, JUL 21 2021
Point Lonsdale has been very well since Ascot. We were delighted with him in the Chesham

'She's very much the matriarch' - You'resothrilling a true blue hen for Coolmore Is Snowfall the best filly O'Brien has trained? It's now a question worth asking Would you side with Snowfall or Love if they go head-to-head? Sublime Snowfall records biggest winning margin in Irish Oaks for over 100 years Gosdens have high hopes for Inspiral in race packed with potential Aidan O'Brien hails 'incredible' St Mark's Basilica as focus turns to York