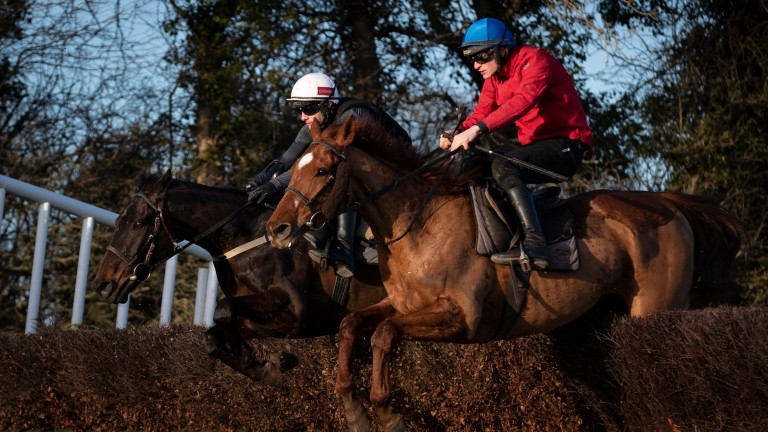 Al Boum Photo put the finishing touches to his Magners Gold Cup preparation after racing at Navan on Tuesday as he jumped a full circuit of fences under Paul Townend, with Willie Mullins expressing his satisfaction with the workout afterwards.

The 2019 Gold Cup winner has only been seen once this season, impressively landing the Savills Chase at Tramore on New Year’s Day, and Mullins was keen to give the eight-year-old some jumping practice ahead of the defence of his crown.

Mullins revealed that Marsh Novices’ Chase hopeful Melon wore cheekpieces and they had the desired effect.

The champion trainer said: "Kemboy and Al Boum Photo jumped very well. Duc Des Genievres and Melon went with them. We put cheekpieces on Melon and it sharpened up his jumping. We just went for a circuit, it wasn’t fast work or anything like that. It was just jumping that I wanted to get into them today.

"I was very happy with it all. They jumped a full circuit with the old rules. We didn’t miss out any fences due to low sun or anything like that!" 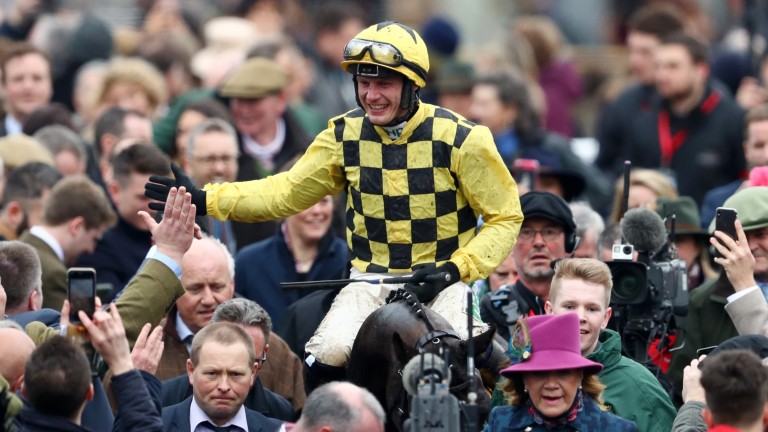 Willie’s son Patrick was on board Kemboy and he said: "Kemboy felt good. He is very well in himself and everything was 100 per cent with him."

Mullins said: "Allaho went around leading Carefully Selected and Billaway. I was very happy with how they all jumped and galloped. At the moment my preferred option for Allaho is the RSA. I think the rest are all fairly obvious with Duc Des Genievres going for the Ryanair and Billaway the Foxhunters."

Carefully Selected will be Patrick Mullins’ ride in the National Hunt Chase, a race he is 2-1 favourite for, and he gave a positive report on his jumping, as well as offering some good news about Billaway.

Patrick Mullins said: "Carefully Selected went really well and I couldn’t have been happier with his jumping. Brian pulled up from Billaway with a big, huge smile on his face so I was certainly pleased to see that."

FIRST PUBLISHED 7:10PM, MAR 3 2020
We put cheekpieces on Melon and it sharpened up his jumping

Red-hot Mike O'Connor proves the master once again for in-form Henry de Bromhead Rachael Blackmore bids for more big-race glory - but this time she's on the Flat Last race off: can Willie Mullins and Ryan Moore strike with fancied Saldier? Willie Mullins names the five horses he plans to take to Royal Ascot next week Chacun Pour Soi crowned best chaser in Britain and Ireland with mark of 176 My Sister Sarah and Metaphorical contribute to Wayne Lordan's treble