Talk of the Tracks NOTTINGHAM WEDNESDAY 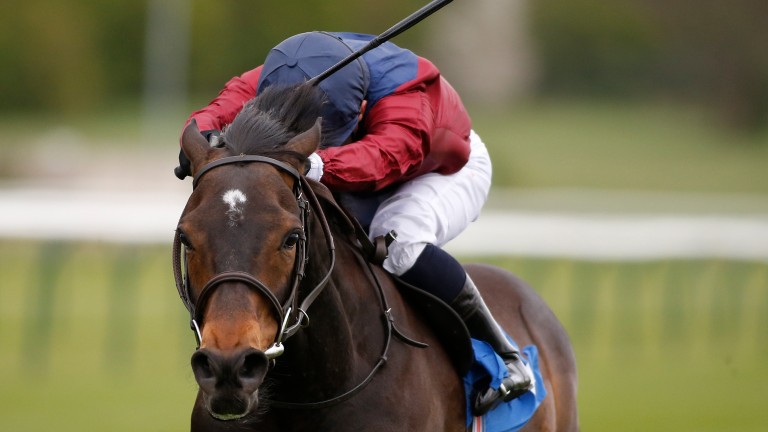 Racegoers were treated to an enthralling finish befitting the high quality renewal of the £40,000 Listed 1m6f totepool Barry Hills Further Flight Stakes on the first raceday of the year at Nottingham with Mick Channon’s Elidor denying Melrose Stakes winner Wall Of Fire by a nose.

The Jon and Julia Aisbitt-owned seven-year-old, a Royal Ascot and Glorious Goodwood winner, defied a 215-day absence under a strong Silvestre de Sousa drive, while retirement talk over Ed Dunlop’s stable star Trip To Paris has been put on hold after finishing fourth from the front.

Jack Channon, assistant to Mick Channon, said: “Elidor has been a star and taken us to all the big meetings. He’s a fantastic old horse.

“It may be a bit high in the sky but he could possibly be a Cup horse this year. He’s bombproof and a total gentleman - all the kids ride him and we love him to pieces.”

There was encouragement from former Ascot Gold Cup winner Trip To Paris, who changed tactics under Ryan Moore to make the running, and despite being headed inside the final two furlongs, kept on to be beaten four lengths.

Dunlop said: “If Trip To Paris had been beaten miles it would have been an easy decision but it wasn’t as he ran on again. He’s run better without being overly exciting.

“He’s obviously not the horse he was but it wasn’t the most disgraceful race as the three horses in front of him are not bad horses. We have to be realistic and accept we’ll never scale the heights we did before. We may retire him in time but we won’t at this stage.”

Rock on the up

A return to Listed company is likely for James Tate’s talented three-year-old sprinter Kyllang Rock after a cosy neck success over Major Jumbo under Martin Harley in the £15,000 5f conditions stakes.

The Sheikh Juma Dalmook Al Maktoum-owned son of Kyllachy finished sixth in the Group 3 Molecomb at Glorious Goodwood last year but appears a horse to follow with the Listed Scurry Stakes at Sandown on June 17 a possible target.

Tate said: “He’s very much a four-year-old in the making. As a two-year-old he was very unfurnished, and although he has come on a lot, we will still mind him this year and not risk him on quick ground.”

There was over £1,850,000 worth of horseflesh on show in the opening 1m maiden and although it is by no means a foolproof pointer, the top sales price proved the best guide to the winner with €950,000 yearling purchase Valcartier scoring on his second start for John Gosden.

It was a one-two for Godolphin with Charlie Appleby’s Endless Gold taking the runner-up spot, while Gosden celebrated a third success in the race following victories with Sacred Act and GM Hopkins in two divisions in 2014.

Asked why the track attracts talented maiden horses, winning rider William Buick said: “They have the maidens at the right time of the year here and the ground is usually nice for the younger horses.

“Golden Horn won his maiden here which says a lot really - trainers run their nice horses at the track. Valcartier is a big baby and there should be a fair bit of improvement to come.”

Owner Steve Ryan enjoyed the perfect start to the campaign when juvenile Santry won the first division of the Brocklesby at Doncaster and returned to the winner’s enclosure again with sprinter Justanotherbottle, ridden by Neil Farley, in the 5f handicap.

Ryan, who part-owns Justanotherbottle with Martin Tedham, has shares in seven horses with Declan Carroll and paid credit to the Malton trainer who he has supported for the last seven years.

He said: “Declan is a great horseman and has a brilliant eye for a horse. Justanotherbottle is a lovely horse and has been working very well at home - we could enjoy a good campaign.”

First raceday in charge
The inaugural fixture of the season at Nottingham marked a change in chairman for the racecourse with Richard Pilkington, who spent seven years as a director at sister track Newmarket, replacing Peter Jensen.

Another new recruit
A new chairman is not the only movement at Nottingham with Ed Player, whose father Peter is a former chairman of the course, has joined the racecourse committee following the retirement of Colin ‘Bud’ Booth.

Quote of the day
The judge must have gone for a lie down - that's the fourth photo finish in a row.
Raceday presenter Mike Vince after another tight verdict went the way of Cosmic Ray, winner of the 1m1/2f handicap.

Thought for the day
It was an improved showing from Trip To Paris in what appeared a strong renewal of the Further Flight Stakes. A return to two miles in a similar race should see the likeable stayer to good effect.

FIRST PUBLISHED 6:41PM, APR 12 2017
He’s bombproof and a total gentleman - all the kids ride him and we love him to pieces