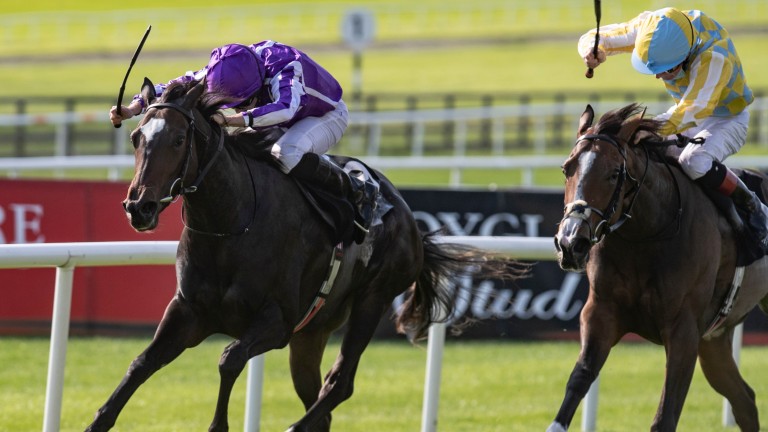 Last year's Moyglare winner Shale is generally a 12-1 shot for next month's 1,000 Guineas and she commences her Classic journey in a seriously competitive trial here.

The fascinating thing about Shale is that her mother Homecoming Queen won this very race in 2012 before going on to run away with the 1,000 Guineas by nine lengths a few weeks later. Like mother, like daughter?

Shale certainly looked a Classic contender last season. She had a few ding-dong battles with Pretty Gorgeous and the score was 2-2 between the pair at the end of the season. She is rated 113, which is 13lb superior to anything else in the line-up with a mark already, and ought to take the world of beating if fit enough to do herself justice after 184 days off.

Stall ten is hardly ideal, though, and there are plenty of unexposed opponents hiding in the long grass.

Empress Josephine looked smart when winning on her debut at Naas last month, while Joan Of Arc was doing all her best work late when justifying odds-on favouritism in a Curragh maiden.

Perhaps the most interesting runner of all is Mehnah. She did remarkably well to win a Dundalk maiden in September after missing the break, and the runner-up won next time and is now rated 101, while the third home also won her maiden next time.

Mehnah could indeed be anything, and if her final furlong at Dundalk is anything to go by then she could just be well above average. 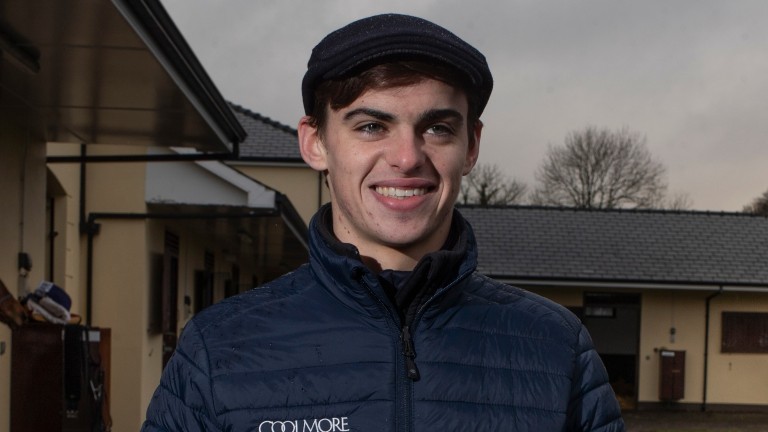 Donnacha O'Brien, trainer of Shale and Hazel
They're both in good form, but both of them will probably need it. Shale's in good form and is just ready to start off. This looked a nice place to come for her first run back and we're very happy with her. Hazel is probably a little bit fitter than Shale and we've always thought she was a very nice filly.

Aidan O'Brien, trainer of Empress Josephine, Joan Of Arc and More Beautiful
It was a good performance from Empress Josephine over a mile at the Curragh. She's a nice filly and it was just the way the season worked out rather than backwardness that we didn't run her last year. Joan Of Arc is a sister to Gleneagles and you'd have thought that better ground will suit her. We haven't chased her since her last run and we'll learn a lot more about her here. More Beautiful has always worked better than she's shown so far.

Jessica Harrington, trainer of Loch Lein and Zaffy's Pride
Loch Lein is a very nice filly. We'll find out whether she stays or not here. Zaffy's Pride might not have a high rating, but she's gone and done it in a Listed race and was second in a Group 3 afterwards. She's workmanlike, but she gets the job done.

Kevin Prendergast, trainer of Mehnah
This filly has a good each-way chance. She did well to win at Dundalk as she was very weak at the time. She working nicely and she should be there or thereabouts.

Joseph O'Brien, trainer of Messidor, My Generation and Sense Of Style
Messidor was a little bit disappointing at Dundalk. She was a bit keen there so she should run better here if she settles. Sense Of Style is having her first run back and hopefully she can run a nice race. My Generation won very nicely at Dundalk. She will love the nice ground in what is a big ask for her first run on turf.

FIRST PUBLISHED 6:00PM, APR 10 2021
Hazel is probably a little bit fitter than Shale and we've always thought she was a very nice filly