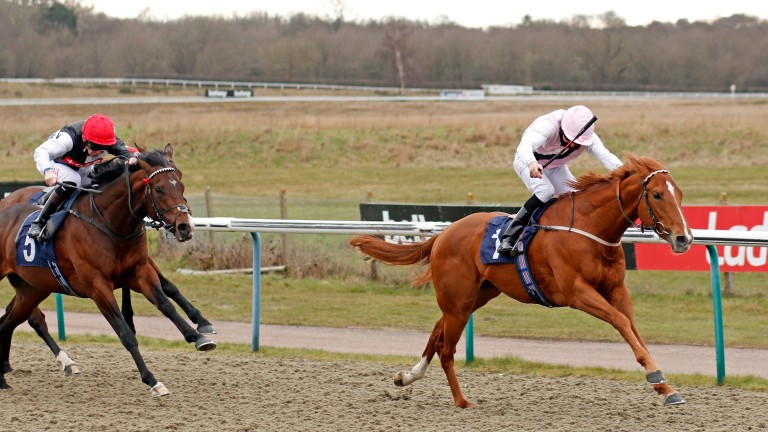 Martin Harley was over the moon after Apollo One gave him his most significant win since returning from a shoulder injury in the featured Listed Spring Cup at the Surrey circuit.

The Classic winning jockey made a crucial midrace move to steal a march on his rivals turning for home, vital yardage which in the end helped him hold off the attentions of the fast-finishing Megallan.

The victory of the 11-1 chance was no fluke as he was a two-time winner and Group 3-placed as a youngster, and was keeping trainer Peter Charalambous on a roll since he moved to a new yard near Newmarket last month.

The trainer said: "We moved to Pond House Stables in Exning at the end of last month and that's two from two for us since then. That was a nice surprise as Apollo One is only 85 per cent fit, I would say, and we could well come back here for the Sprint on All-Weather Finals day as Martin says he has plenty of boot."

Paddy Power installed Apollo One, who was winning a fast track qualifier for All-Weather Finals day, as 6-1 the market leader for the Sprint at the championships on Good Friday.

Harley was completing a double having scored earlier on Thegreyvtrain in the 5f handicap, and said: "When I sent him on I  thought it would either be a master ride or a disaster so I'm glad it came off. This horse has plenty of speed so dropping back to six furlongs would be no problem."

The rider subsequently received a two-day ban for being overly exuberant with his whip on Apollo One (March 20 and 26).

John Gosden, trainer of the short-head second Megallan, said: "He ran a great race. I would think he'll go a mile next either at Kempton or Newcastle." 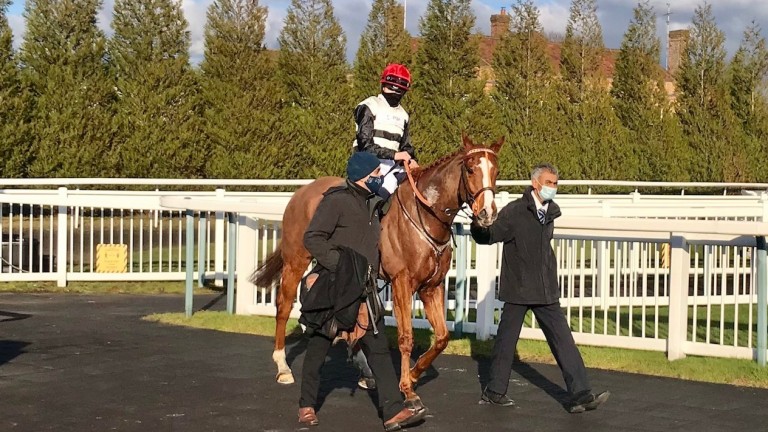 Morgan Cole returns on Caribeno after landing the finale

Apprentice Morgan Cole found herself on 4-5 hotpot Caribeno on her first day working full time for Sir Mark Prescott, but did not let the nerves get to her in the closing hands and heels final.

The 21-year-old posted a perfect front-running ride to score by five lengths on the improving four-year-old, who was registering his fifth successive win.

Cole said: "I literally only started at Sir Mark's this morning so it was very kind of him to let me ride a horse like this. I was previously with Marco Botti but was one of four apprentices there."

Although Cole won the two-miler, the All Weather Apprentice Hands and Heels Series itself was won by Callum Hutchinson, who partnered runner-up Chocolate Box.

The 18-year-old, whose father is former jump jockey Wayne, won a trophy and a cheque for £1,000, and said: "I'm with Andrew Balding and it's great to win this series. I won the first race of the series and decided to go for it after that." 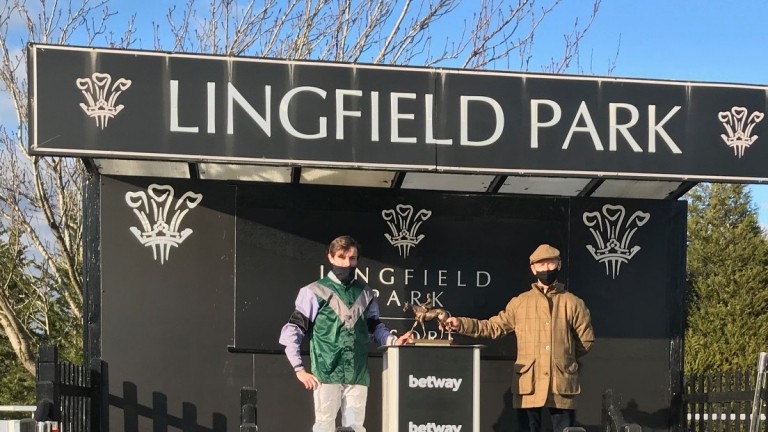 King rules for Loughnane and Ryan

A former Ed Dunlop inmate turned over a current one when Apex King landed a gamble for David Loughnane and Rossa Ryan in the mile handicap.

The winner was trained to win a Listed race at Ascot in his juvenile days a few years ago and showed he still had the fire at the age of seven, outrunning the Dunlop-trained favourite Ahdab to score by a length and a quarter.

Apex King was backed into 11-4 second favourite from 4-1 close to flagfall following which he was always travelling like the winner.

FIRST PUBLISHED 6:00PM, MAR 6 2021
When I sent him on I thought it would be either a master ride or a disaster so I'm glad it came off