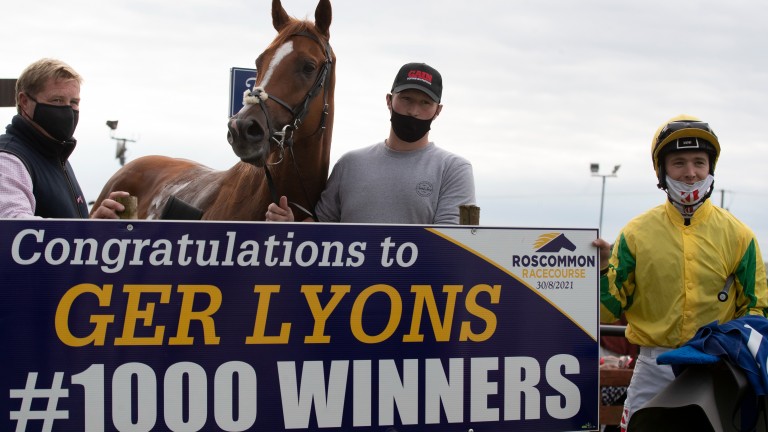 Ger Lyons reached a major career milestone when Offiah provided the dual Classic-winning trainer with his 1,000th winner as a trainer.

It looked as though Lyons' best chance of achieving the significant feat had passed after even-money favourite Tuwaiq was third in the opening conditions race.

However, under a superb front-running ride from Colin Keane, the well-backed 5-1 chance Offiah opened his account at the eighth attempt in good style for owners David Spratt, Sean Jones and Lynne Lyons.

Lyons' brother and assistant trainer Shane, a vital part of the Glenburnie team, was on hand to welcome in the winner, with Roscommon racecourse going the extra mile by having a printed sign commemorating the landmark winner.

"It's a super achievement that doesn't really hit you until it happens," Shane Lyons told Racing TV. 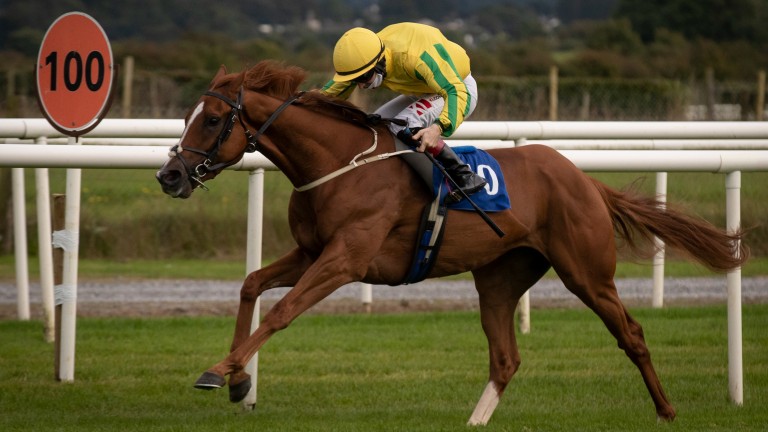 "Huge congratulations to Ger. He's a very independent individual who doesn't just do what everyone else does – he thinks outside the box."

It is nearly 27 years since Maelalong, ridden by Johnny Murtagh, provided Lyons with his first success in a sprint maiden at Navan, and Shane was keen to praise his brother's horsemanship in progressing through the training ranks.

"Animals are his first love and Ger gets into their heads," he said. "Half the time we scratch our heads going 'this man is mad', but we turn around every time and say 'he was right'."

He added: "This country is so competitive, from Aidan O'Brien down – it's the Premiership. You just have to raise the bar the whole time to keep competing."

Lyons, who enjoyed a season to remember last year with Irish 2,000 Guineas hero Siskin and Irish Oaks scorer Even So, could well be set to add to his Group 1 haul next month, with unbeaten Round Tower Stakes winner Sacred Bridge a live player for the Cheveley Park Stakes.

FIRST PUBLISHED 7:31PM, AUG 30 2021
Huge congratulations to Ger. He's a very independent individual who doesn't just do what everyone else does - he thinks outside the box