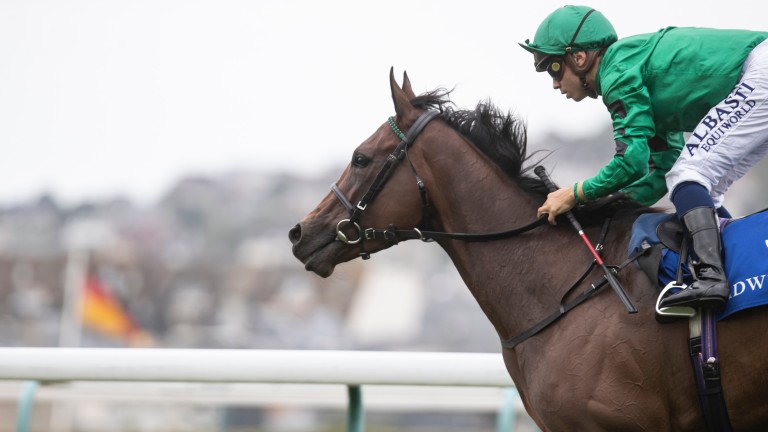 Terebellum: one of two runners for John Gosden in the Prix de l'Opera
Patrick McCann
1 of 1
By Jonathan Harding UPDATED 2:44PM, OCT 5 2019

Aidan O'Brien will not bid for a fifth victory in the Qatar Prix Marcel Boussac (1.15) on Sunday after Tango was scratched from the race.

The trainer won the race in 2014 with Found, who landed the Arc two years later, but will not have a runner for the first time since 2012.

A field of nine stood their ground, including likely favourite Albigna, making just her fourth start for trainer Jessica Harrington after finishing sixth in the Moyglare Stud Stakes at the Curragh.

O'Brien will be represented in the Qatar Prix Jean-Luc Lagardere (1.50) by Armory, who will take on a maximum of six rivals.

The two-year-old finished behind 2,000 Guineas favourite Pinatubo in the National Stakes at the Curragh and will face another unbeaten Godolphin star, the Andre Fabre-trained Victor Ludorum.

It could be a big day for John Gosden, who runs Terebellum and Mehdaayih, last seen finishing second in the Nassau Stakes at Glorious Goodwood, in the Prix de l'Opera Longines (3.55).

Battaash could manage only fourth at Longchamp when attempting to win the race for a second time last season but has returned to his scintillating best this year and heads the 16-runner field.

One Master will also bid to retain her crown when taking on 11 rivals, including Park Stakes winner Sir Dancealot and City Light, in the Qatar Prix de la Foret (5.05).

Derby winner McNamara off the mark for the season with Gulf Of Mexico 2022 Prix de l'Arc de Triomphe: top trainers on their Longchamp chances Can experienced horses take advantage of their draw in the Marcel Boussac? 'Incredible' Kyprios hangs all the way to stands - but still wins Cadran easily 'We had to do unnatural work with Luxembourg - it was a massive risk' Aidan O'Brien: Prix de l'Arc de Triomphe favourite Luxembourg 'in great shape'