JP McManus trio ruled out of festival because of handicapping issues 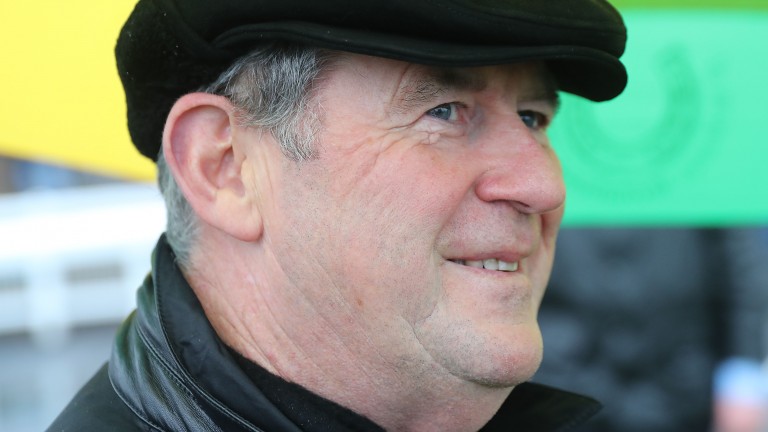 The Cheltenham Festival's top owner JP McManus has taken three leading handicap fancies out of his squad due to a belief they are badly treated compared to other Irish-trained entries.

Jezki, Ivanovich Gorbatov – both contributors to their owner's haul of 54 festival triumphs – and De Name Escapes Me will not be among those carrying the famous gold and green hooped silks at Cheltenham, it was revealed on Sunday.

The news is a blow not just to their ante-post backers but to those who have supported McManus and his retained jockey Barry Geraghty to top their respective ranks at Cheltenham, although owner and jockey will expect to be among the winners with the likes of Buveur D'Air, Sir Erec and Defi Du Seuil in their team.

For Pricewise followers, there was better news concerning McManus's Espoir D'Allen, with Tom Segal's ante-post selection for the Unibet Champion Hurdle given the green light to run.

Explaining the absence of Ivanovich Gorbatov, the 2016 Triumph Hurdle winner who was entered for the Coral Cup, Randox Health County Hurdle and Martin Pipe Hurdle, his trainer Joseph O'Brien said: “It has been decided not to send him to Cheltenham because he's badly treated in relation to the other Irish horses."

Ivanovich Gorbatov, who at no bigger than 16-1 was vying for favouritism in the County Hurdle, was given a rating of 145 by the British handicappers, compared with an Irish mark of 137.

De Name Escapes Me, who is entered for the Close Brothers' Novices' Chase, Kim Muir – for which he was among the market leaders at no bigger than 16-1 – and Coral Cup, will not be travelling for the same reason.

The Noel Meade-trained De Name Escapes Me was raised 7lb from his Irish mark to a rating of 150 in Britain over hurdles and 139 over fences.

The BHA handicappers described the nine-year-old as “the trickiest horse to assess" when the weights for the festival handicaps were published on Wednesday.

Meade said: “We decided there was little point in running him as he's badly off with the other Irish entries.”

Jezki, winner of the Champion Hurdle in 2014 and who is rated 7lb higher than in Ireland, will miss his engagement in the Coral Cup or County Hurdle.

The Jessica Harrington-trained 11-year-old would have been running at the festival for the sixth time.

McManus can be backed at 1-2 to be the top owner at Cheltenham, where his 54 winners amount to twice as many as the next current leading owner, Gigginstown House Stud, with 26. Gigginstown are 13-8 to have most winners at the festival.

Leading current owners at the festival

Geraghty is second favourite at a general 3-1 behind Ruby Walsh – who is around the 11-4 mark – to be leading jockey at the festival.

Geraghty will ride dual Champion Hurdle winner Buveur D'Air in the opening day's Unibet-backed showpiece event a week on Tuesday, when McManus will also be represented by Espoir D'Allen after he pleased connections in a workout after racing at Navan on Saturday.

Espoir D'Allen has been beaten only once in eight starts over hurdles and has run up a hat-trick of victories at Grade 3 level this season, landing the Limestone Lad Hurdle at Naas in January on his most recent start.

The five-year-old's trainer Gavin Cromwell said on Sunday: "We worked Espoir D'Allen at Navan and all went well. The Champion Hurdle is the plan."

McManus' racing manager Frank Berry added: "If all remains well with him Espoir D'Allen will run in the Champion Hurdle and Mark [Walsh] will ride."

Leading jockey at the Cheltenham Festival

Don't miss our exclusive interview with JP McManus – the leading owner talks Cheltenham and his early years as a bookmaker with Alastair Down, online tonight from 6pm for Ultimate members and in tomorrow's paper. Click here to join the Racing Post Members' Club 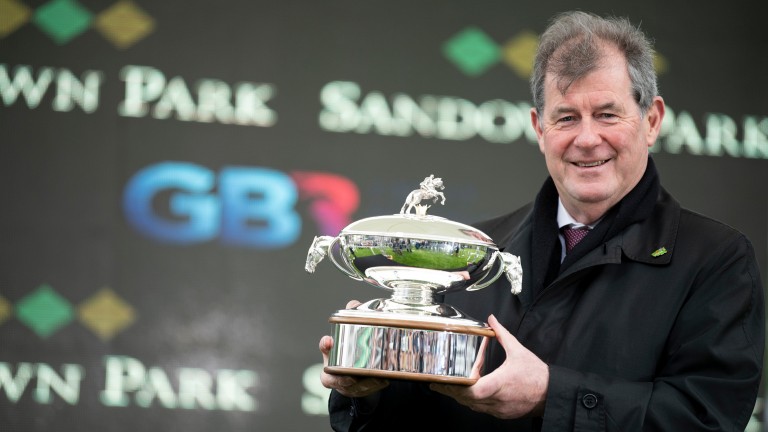 FIRST PUBLISHED 6:49PM, MAR 3 2019
It?s been decided not to send Ivanovich Gorbatov to Cheltenham because he's badly treated in relation to the other Irish horses