Abolitionist: the Irish National third has been bought for the Aintree feature and is set to run at Ascot on Saturday
Alain Barr
1 of 1
By Graham Dench UPDATED 12:52PM, FEB 14 2018

Lightning seldom strikes twice in the same place, but 2014 Grand National winner Richard Newland is hoping it will in the case of Irish Grand National third Abolitionist, who has been bought for a partnership that includes Pineau De Re's owner John Provan.

Abolitionist has yet to race for his new connections but will hopefully be out at the weekend and is being trained with Aintree very much in mind.

Newland, who was happy to hear Abolitionist is 51st in the pecking order off a mark of 145, and so almost certain to get in, said: "I bought him for the race in the autumn and although he had a little stress fracture he's over it now and I'm hoping to run him at the weekend over hurdles at Ascot.

"He's got to get through Ascot for a start then he needs to run over fences, probably in the Kim Muir, but it's very much our intention to train him for the National and I think he has the right profile.

"I think he'll stay, having run very well in the Irish National for Ellmarie Holden, and he's a very consistent jumper with a nice way of doing it."

He added: "The big issue will be getting him through his prep runs after his time off. It would be lovely to get him there."

Will Wings compromise prove a happy one?

As Phil Smith's successor Dominic Gardiner-Hill will find in 12 months' time, framing the weights inevitably provides a headache or two, and the biggest this year concerned Bless The Wings, one of Gordon Elliott's ten entries.

Smith explained: "Bless The Wings is rated 17lb higher on his Cheltenham cross-country form compared to his rating in Ireland, and the form of the cross-country races at Cheltenham has historically been very good in relation to Aintree, with the likes of Silver Birch, Balthazar King and Cause Of Causes. 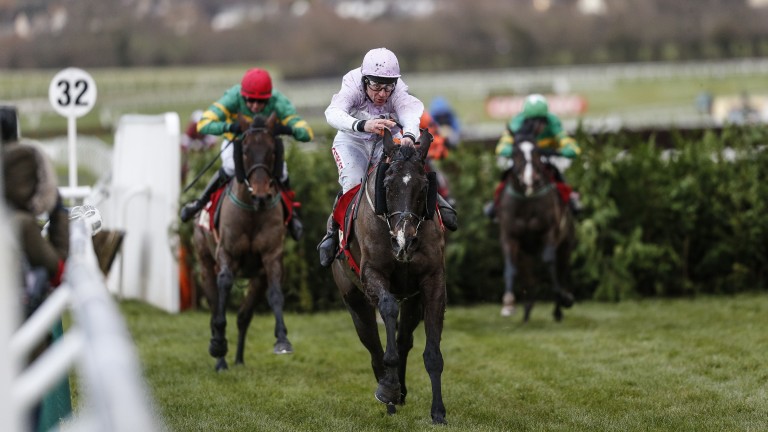 "On the one hand, Bless The Wings’ rating of 137 in Ireland would not get him in the race, but 154, his cross-country rating, seemed to me to be too high compared to his form on park courses.

"In the end I settled on 143 as a compromise, which should hopefully get him in. He's a very interesting horse – even though he's 13. He is an absolutely super jumper and his cross-country form is very good indeed."

Nicky Henderson's record in the National has been the stuff of nightmares since his placings with Zongalero, Classified and The Tsarevich in his early years training, with no fewer than eight of his subsequent runners getting no further than the first fence.

He must have almost given up hope, but he has three live chances this year in Gold Present, O O Seven and Vyta Du Roc, any one of whom could figure in the finish on April 14 granted an overdue slice of luck. However, Vyta Du Roc has suffered a bout of colic, and Henderson warns that his participation is touch and go.

Can Saint Are make it fifth time lucky?

Saint Are, second to Many Clouds in 2015 and third behind One For Arthur in 2017, is set to make his fifth appearance in the National.

However, he was pulled up on his only start since Aintree last spring and, while the race plainly brings out the best in him, trainer Tom George perhaps has a likelier candidate now in the younger Wild West Wind, who had won three of his four most recent starts before falling when in the lead in the Welsh Grand National. 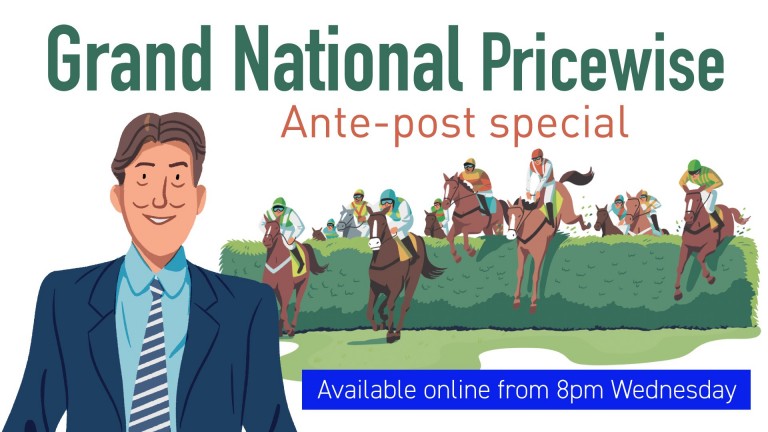 FIRST PUBLISHED 7:30PM, FEB 13 2018
He's a very interesting horse – even though he's 13. He is an absolutely super jumper and his cross-country form is very good indeed