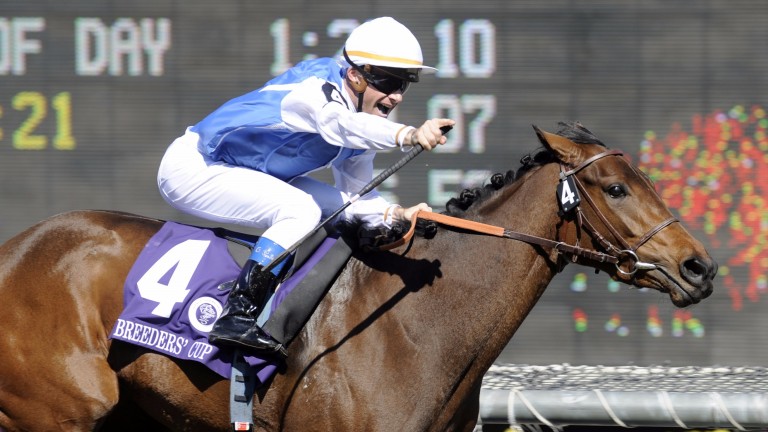 Hall of Fame: Goldikova is one of only two horses to win three times at the Breeders' Cup
Edward Whitaker
1 of 1
By Nicholas Godfrey 3:30PM, APR 25 2017

Goldikova's exploits at the Breeders' Cup, where she recorded a hat-trick in the Mile between 2008 and 2010, have earned her a major US accolade with induction into the American Hall of Fame.

For a racehorse, election to the National Museum of Racing's Hall of Fame is considered one of the highest US honours racing can bestow, perhaps eclipsed only by the Horse of the Year award annually handed out at the Eclipse Awards, where Goldikova was voted leading turf female in 2009 and 2010.

An induction ceremony will take place at Saratoga Springs in New York on August 4.

Owned and bred by the Wertheimers, Goldikova was trained by Freddy Head, for whom she won a total of 14 Group or Grade 1 races – a record figure for a European-based female. She was also Europe's Horse of the Year in 2010.

One of only two horses to win three Breeders' Cup races alongside reigning Distaff champ Beholder, Goldikova was ridden by Olivier Peslier in every one of her 27 career starts.

The daughter of Anabaa was retired to the paddocks after coming third at Churchill Downs in 2011 as she attempted to complete an unprecedented four-timer. 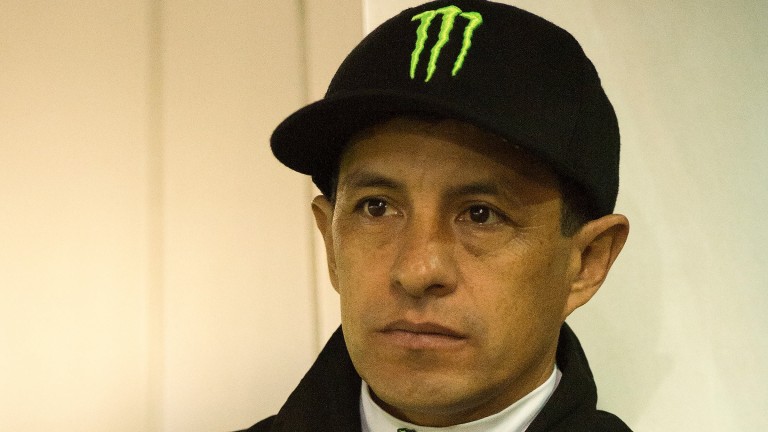 Of the other new inductees, Castellano, 39, has won the Eclipse Award for outstanding jockey in each of the past four years, while Espinoza, 44, is synonymous with both American Pharoah, aboard whom he won the Triple Crown in 2015, and dual Horse of the Year California Chrome.

Gomez, who died last year, won a total of 3,769 races, highlighted by the famous victory of Blame over Zenyatta in the Breeders' Cup Classic at Churchill Downs in 2010.

In the steeplechase category, trainer Tom Voss and Good Night Short have also been elected to the Hall of Fame.

FIRST PUBLISHED 3:30PM, APR 25 2017
For a racehorse, election to the National Museum of Racing's Hall of Fame is considered one of the highest US honours racing can bestow