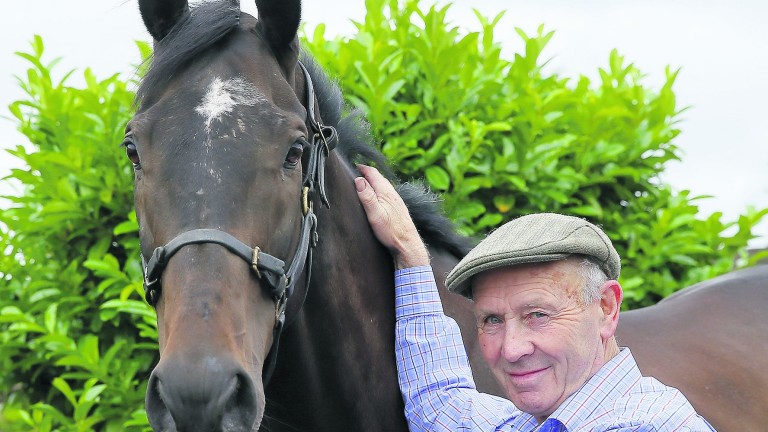 There are times when a person has to give way to the ageing process. The Duke of Edinburgh will soon be retiring from public life, while Len Goodman has exited the head judge's chair on Strictly Come Dancing. Megalala is rather different.

At the age of 16, racing's elder statesman starts another season on the track, seeking to make even more remarkable the record he broke last year to become the oldest horse to win on the Flat in Britain since 1945.

The undoubted star of the show in Lingfield's 1m2f handicap (3.05) is the Trevor Wallace-owned veteran, who will be having the 142nd race of a career in which he has already won on 20 occasions, often by employing front-running tactics.

The most recent of those victories came on Lingfield's all-weather track last June, when he bettered Pheidippides, Le Garcon D'Or, Be Hopeful, Redoubtable and The Tatling, all British Flat winners at 14. 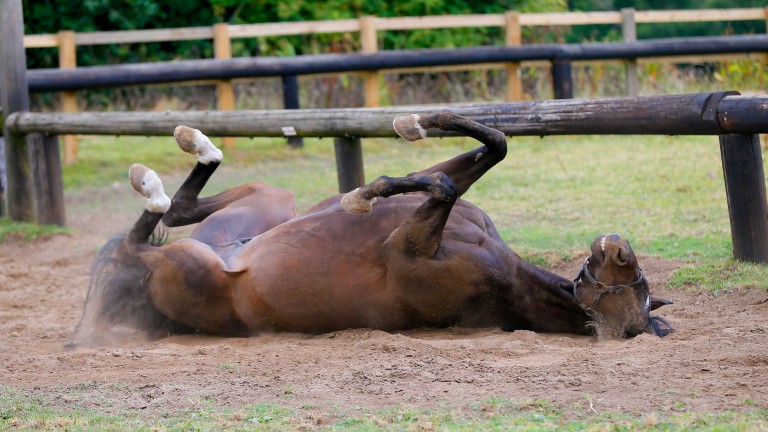 Megalala enjoys a roll at John Bridger's Liphook Stables
Mark Cranham
"He has always been the same horse," says Hampshire's John Bridger, the only trainer Megalala has ever had.

"He never changes. He scampers up the gallops and he scampers around the tracks. He does his best, that's the main thing. He is also part of the place here because he has been with us for so long.

"At first this year we wondered a bit as he had a bit of a blip when he didn't seem the same horse. Now he's back to himself. He looks and feels like the same horse and he's ready for a run."

"He's the most honest, enthusiastic, knowing horse you could find," said Cook. "He may have lost a bit of his pace but he still has the iron man in him to battle at the end. He would be difficult to retire as he so wants to work."

Although Megalala is the oldest winning Flat horse of the post-war era, he plays second fiddle to Sonny Somers, who in 1980 won twice over fences aged 18, bowing out a winner at Lingfield.

The way Megalala is going, you wouldn't rule out the possibility of him doing 'a Sonny'.

FIRST PUBLISHED 6:00PM, MAY 12 2017
He never changes. He scampers up the gallops and he scampers around the tracks