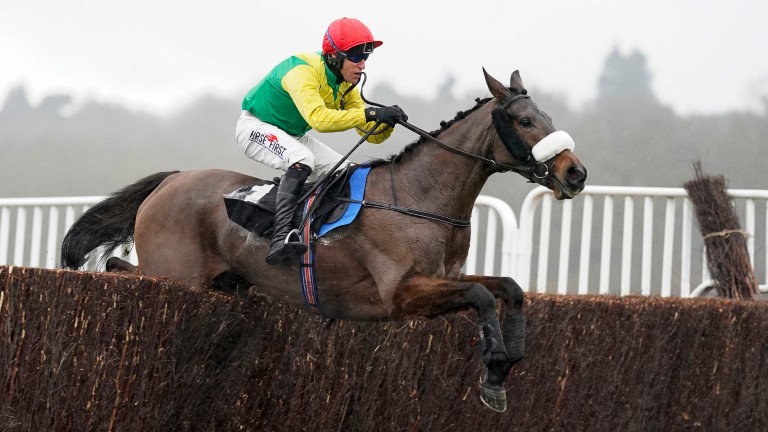 Magic Of Light with another "dynamite" leap in the hands of Robbie Power
Alan Crowhurst (Getty Images)
1 of 1
By James Burn UPDATED 4:38PM, DEC 16 2020

Connections of Magic Of Light, second to dual Grand National hero Tiger Roll in the 2019 marathon, are bang up for another crack at the Aintree highlight after seeing the classy nine-year-old produce a foot-perfect display in Newbury's mares' Listed chase on Wednesday.

Paddy Power made Magic Of Light, who runs in the colours of the late Ann and Alan Potts, 25-1 (from 40) for the Randox Health-sponsored showpiece, in which she was beaten last year, albeit by just two and three-quarter lengths.

Sent off a 1-2 shot, she was way too good for her two rivals under Robbie Power, winning the Newbury race for third year running.

Trainer Jessica Harrington, remained at home in Ireland, but the familiar face of her long-serving travelling head lad Niall 'Bubba' Amond was on track.

"I've missed a few trips through the summer because of the Covid-19 restrictions when quarantine was 14 days," he said. "They only changed it two weeks ago to five days, so, as we were quiet at home, I took up this trip. I love coming over and the hospitality in England is great."

Amond is full of hope Magic Of Light can make a splash in the 2021 National after this year's edition was cancelled because of the pandemic.

"The National will be on the agenda and she'll go for a hurdle race at Ascot, which she's won for the last two years, next before the new mares' chase at Cheltenham," he added. 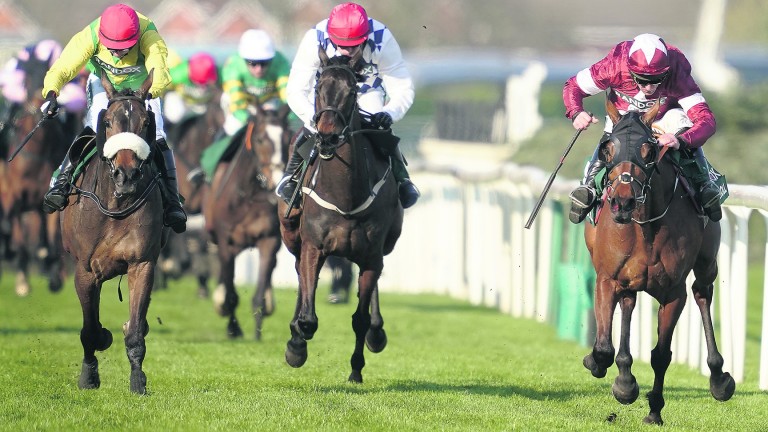 "She looked very strong last year and you can see that there – she was very impressive today, so hopefully she can continue to improve. It's probably a stupid thing to say – improving at her age – but the more experience she gets will help and she's a dynamite jumper. She never missed a beat."

Amond, who has worked for Harrington for ten years, was beaming from ear to ear and the long journey home was certainly not going to dampen his mood.

"We left the yard at 6pm on Monday and we arrived at 5.30am yesterday morning," he continued. "We'll leave here at 8pm tonight for Holyhead and the ferry, but it's easier when you've had a winner and you're going home with your head held high." 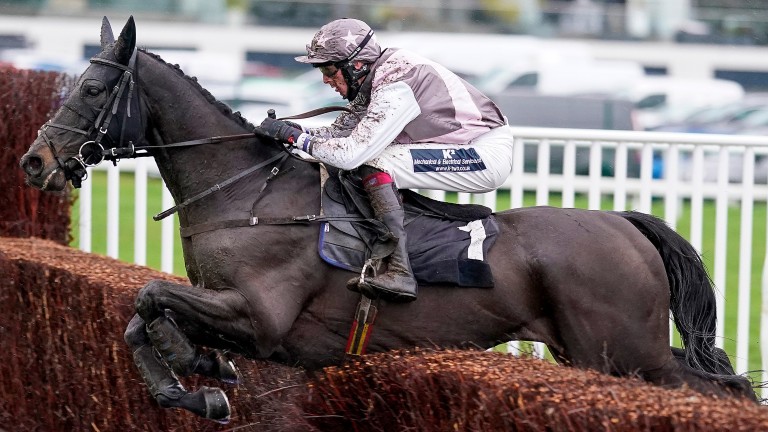 A mud-splattered Rebecca Menzies was grateful her long journey from Durham came off with Sao, who struck in the 2m½f handicap chase.

"I'm delighted with him because it's not often you can come down south with a horse who's won around Hexham," she said. 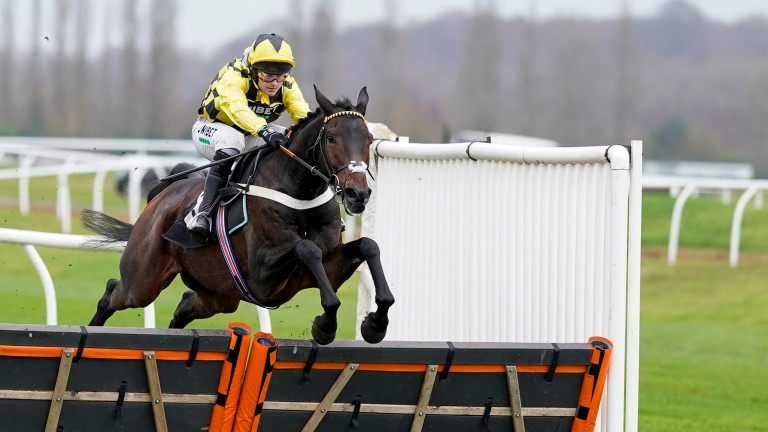 The ghosts of Shishkin's fall in the maiden hurdle on this card 12 months ago were firmly laid to rest when his stablemate Lecale's Article - sporting the distinctive and familiar silks of Joe and Marie Donnelly - romped home under Nico de Boinville.

Dual Cheltenham Gold Cup winner Al Boum Photo and the wildly exciting Shishkin are among the select band of horses the owners have and Lecale's Article is another with plenty of potential.

"This was the race Shishkin fell in last year and we were mortified," said trainer Nicky Henderson. "We can forget that now and this is a nice horse.

"Joe's here today and he's got some serious ammunition with Al Boum Photo, Melon and Shishkin - he only seems to have very good horses!"

Festival favourites and a Grand National hope: how Saturday impacted the markets

FIRST PUBLISHED 3:20PM, DEC 16 2020
She was very impressive today, so hopefully she can continue to improve

'I certainly hope he's a Guineas horse' - Cox to run Classic hopefuls at Newbury 'I chatted with Rachael at halfway - but I couldn't go with her from two out' Olympic champion and trainer Sir Mark Todd dreaming of Derby with Tasman Bay Will you be doffing your Cloth Cap to Scudamore on his 19th attempt? 2021 Grand National: essential information for jump racing's biggest event