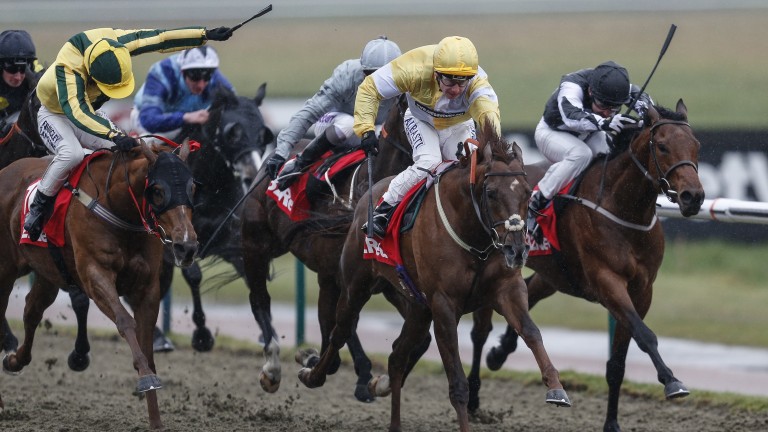 Sent off as the 5-4 favourite on the back of three victories, the consistent Corinthia Knight was positioned on the heels of leader Helvetian and perfectly placed to strike under Oisin Murphy.

Murphy said: "I was always going to win. He was the best horse in the race – I just didn't want to mess it up. I kept it simple."

While everything went perfectly for Corinthia Knight, who beat Lake Volta by half a length with Rock On Baileys a neck back in third, the same could not be said of his rivals.

Never Back Down hung so violently right he was in effect pulled up, while Breathless Times looked unlucky, meeting plenty of trouble and finishing full of running.

The £150,000 contest is the most valuable race won by Watson, who saddled 56 winners last year during his first full campaign as a trainer.

Watson said: "He's a very good sprinter and he's getting better. I don't think he needs a break, he thrives off his training. We'll look towards the turf and the options will probably be the Prix Texanita at Maisons-Laffitte and the Pavilion Stakes at Ascot, and then we can make a call whether Royal Ascot is the right idea for him."