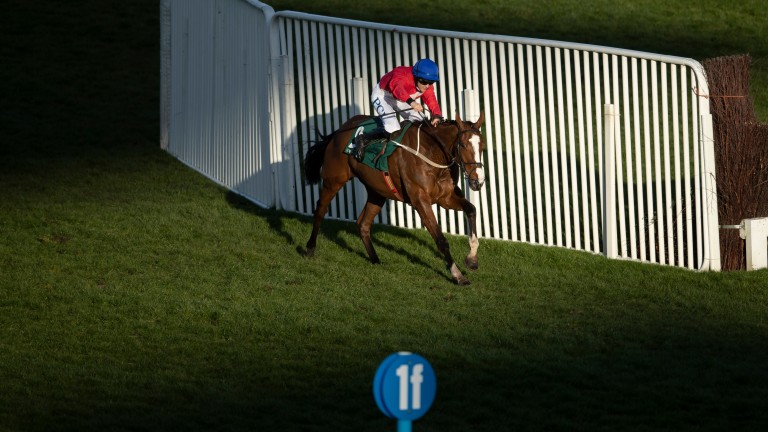 Rachael Blackmore's dream week continued in the Weatherbys Champion Bumper, with the Champion Hurdle-winning rider once again proving herself a masterful tactician to make all on the unbeaten Sir Gerhard and hand owners Cheveley Park Stud a third-straight win in the race.

Billed as a straight match-up between the winner and favourite Kilcruit, Blackmore took the race by the scruff of the neck, kicking clear off a moderate early pace before holding off the late challenge of Kilcruit under Paul Townend in the closing stages.

It was an 11th win in the race for trainer Willie Mullins, who saddled the first and second, although it was the first time the winner had raced for the trainer having won his two previous bumpers for Gordon Elliott.

"He looks to be a natural," said an impressed Mullins, who won his first Champion Bumper in 1996 with Wither Or Which, ridden by himself. "He's got a huge, long stride and Rachael let him enjoy himself. 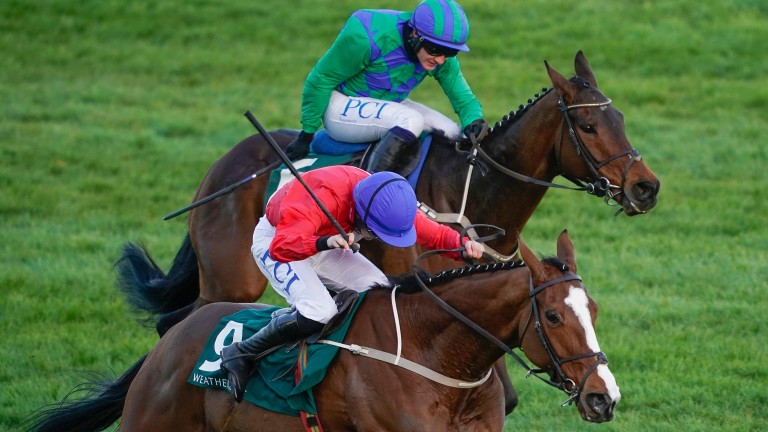 "He was lugging out a bit with her and he's still a bit green but he's got a lot of natural ability. He's a fine, big, rangy individual, who should be made for jumping fences at some stage."

Despite having had the horse at his yard for little more than two weeks, Mullins revealed that Sir Gerhard had taken effortlessly to his new surroundings.

"The first evening he came we hadn't got any of the feed they use in Cullentra so we just fed him what we feed and he just licked everything up and there's nothing wrong with this fellow's appetite.

"He's a big, strong horse with a great appetite and that's what you need to be a great. The first and second are two good horses and I'm delighted to have them."

Having already enjoyed a career-defining success on Honeysuckle in Tuesday's Champion Hurdle, Blackmore completed a double on day two of the festival, having struck on Bob Olinger in the Ballymore earlier in the afternoon.

Riding the crest of a wave, the winning rider was instrumental to this victory – her 15th at the top level – grabbing the lead as the tapes went up and controlling the race from then on.

The victory underlined Cheveley Park's recent domination of the race, having won it with Ferny Hollow and Envoi Allen in the last two years and Mullins said it was likely the winner would head for the Champion Bumper at Punchestown next.